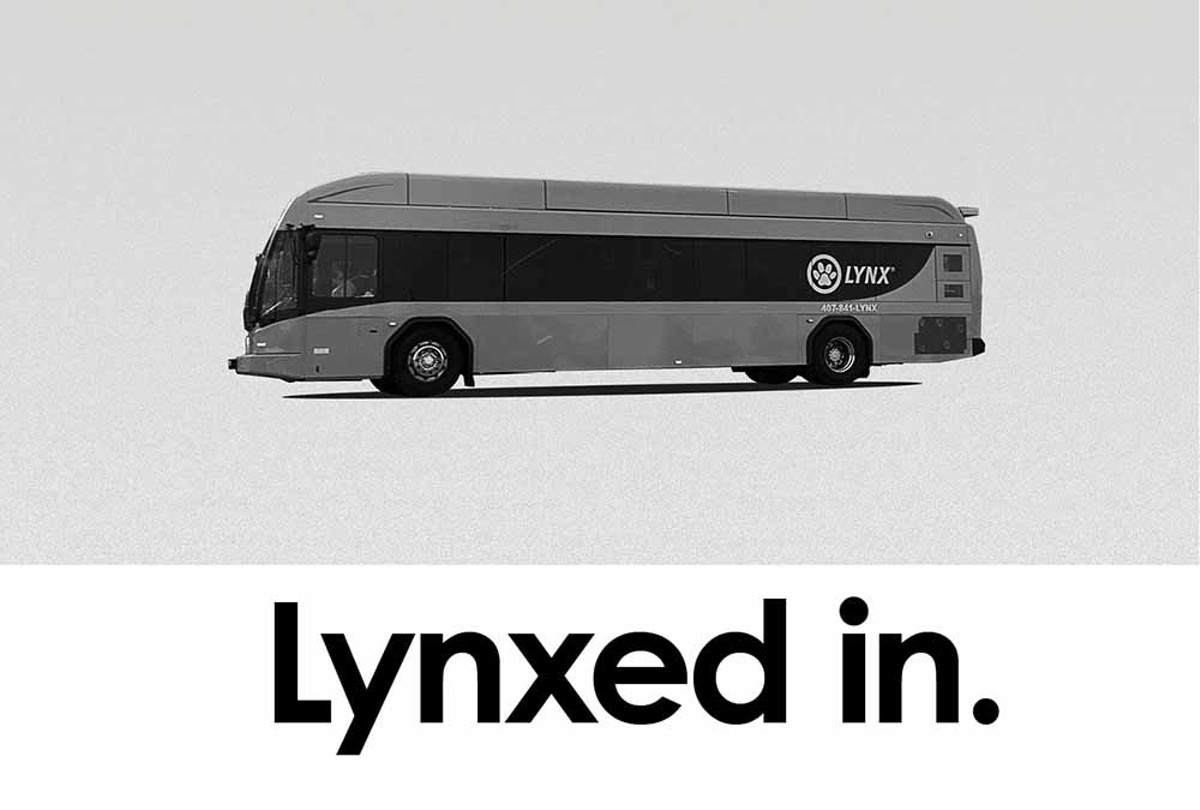 Three hours before his shift starts at a hotel near Disney Springs, Daniel Paredes hops on the Lynx bus 56 headed to Magic Kingdom, earphones already in and a book in hand as he heads toward the back.

The 24-year-old has been taking the bus from Kissimmee to the Radisson Hotel in Lake Buena Vista for two weeks since his car broke down. At the Radisson, he works in the hot laundry room, washing and folding all day – towels are the easiest to do, he says, while sheets are the toughest. To be on time for his shift at 3 p.m., Paredes says he wakes up at 9 a.m. to start fixing his meals. By noon, he's in his black uniform, standing outside in the hot sun as he waits for the 56 bus link at the Columbia Avenue stop. After getting to Magic Kingdom, he takes the 50 bus link on a curving path toward Disney Springs. The bus leaves him near a Burger King on State Road 535, where he walks a quarter-mile to his job in the heart of the tourism industry. In total, his trip to work takes about two hours.

"They have good timing," Paredes says. "It's a good service for those people who don't have a car. It's worth it."

When his shift ends at 11 p.m., Paredes can't go the same way home because the buses aren't running anymore. So instead, he pays an Uber driver about $15 to take him back home to Kissimmee, a 25-minute drive. Coupled with the $2.25 he pays every day for an all-day bus pass, Paredes spends more than $17 a day to get to his job. Over a week, that's about $86 spent on transportation out of his small paycheck.

Paredes is one of thousands of everyday riders in the Orlando and Central Florida area who use the 300-bus Lynx public transit system run by the Central Florida Regional Transportation Authority. Serving a population of 1.8 million in Orange, Osceola and Seminole counties, the agency provides more than 85,000 rides every weekday, for a total of 27 million passenger trips in fiscal year 2016. While many appreciate the service, riders and transportation advocates say rides to work or school can take hours, with very little service in Orlando's outlying areas or after a certain time of day. Advocates say when they ask transportation officials for more routes, better bus shelters and longer service hours, the answers always circle back to securing more funding for a system that already has a budget of almost $130 million.

Tiffany Namey is one of those advocates. Namey, chair of the Orange County Democratic Disability Caucus, has epilepsy and can't drive because of the danger of having a seizure.

Her father was her primary caregiver and used to drive her places, but after his death, she was left without a way to get around. She doesn't qualify for the door-to-door Access Lynx van service, so she has to take the bus to Barry University and other meetings. Most days, she leaves her home in Winter Park four hours before she has to be on campus, just in case one bus runs late on her two-hour ride. It can be a stressful journey that sometimes includes getting soaked by rain because of inadequate bus shelters, Namey says, not to mention her fear of being assaulted.

"I shied away from public transportation for a long time because I was afraid I was going to have a seizure at a bus stop and get hit by a car," she says. "But when my dad passed away, I had no choice but to learn how to take the bus. I purchased one of those emergency buttons with the GPS monitor that you pay monthly for in order to make my mom feel better."

Namey says state transportation officials have told her and other advocates that additional funding for Lynx has to come from alternative sources, ranging from a half-penny county-wide tax to toll money. Almost half of Lynx's current budget is funded by Orange, Osceola and Seminole counties, plus the city of Orlando. Funds from fares, advertising, contract services, interest and other income accounts for about 27 percent of the budget, while the rest comes from state and federal funding.

"I think our leaders on both sides of the aisle need to be open to ideas of dedicated funding sources," she says. "Nobody's ever bothered to get it done, and in the meantime, people suffer. Look at where they have the best services – cities like New York or Washington, D.C. – there's less drivers on the road and less traffic if more people use the public transportation system. We're well on our way to having terrible traffic problems like Atlanta or Los Angeles if we don't do something."

Lynx CEO Edward Johnson has heard similar complaints before. He says he doesn't disagree with the sentiments, but practicality does prohibit some of the requests.

"For some areas within our regions, traditional ways of providing public transit are not a solution," he says. "Many of our communities are set off from major thoroughfares and the number of potential customers tends to diminish as you try to go through individual neighborhoods. We try to direct our services along major roads with bigger passenger densities as well as employment locations."

Johnson says Lynx has not talked about what alternative sources of funding are available, but has commissioned a visioning plan to see how the agency can provide more premium services and a route optimization study to see how Lynx can take existing sources and deliver better services with what it has now. The mass transit system has also rolled out several technological updates, including providing free WiFi on its buses and creating a yet-to-be-released mobile application that allows you to see where the buses are in real time and pay fares through your phone.

Johnson, who's been living in the area for almost 18 years, says Central Florida is no different than other communities who don't have enough public transit but also don't have the resources to add more services.

"I will say many communities around the country envision having what Central Florida has," he says. "When I started working in Atlanta with the transit agency, I heard the same thing, that the system wasn't adequate enough. Certainly we want more and we need to look forward on how we can continue to enhance what we have, which is a good system. Can we do more and be better? Absolutely. But we need to come together as a community to come up with a plan to implement. This isn't just a Lynx issue – it's a community-wide issue."

Johnson says he encourages elected officials and other transportation stakeholders to go out and ride with him on the buses as people go to work.

"At 4:30 in the morning, you would be amazed at the number of people who are there with their kids in the downtown terminal because they have to take their children to day care," he says. "I try to think about that and get stakeholders to ride early and see what our passengers go through."

Denise Diaz, executive director of Central Florida Jobs With Justice, has heard about many of those struggles. Back when there was a transit organizing group in Orlando, members recorded stories of workers who sometimes missed buses and were forced to sleep at their jobs or pleaded with bus drivers to let a co-worker on a bus at capacity because that person would be fired for missing another day of work.

"I don't know how people can really depend on this service as their means of getting to work," she says. "It's definitely not reliable transit. I think Central Florida leaders really just need the courage to take the steps needed so we have a fully funded transit system. Sometimes, they're disconnected from the everyday struggles of someone who has to work and risk losing their job on public transportation."

Back in Kissimmee, Randy Snay, 51, boards the 56 bus with his bike. Wearing pink headphones and an even brighter pink tank top, he gets on the bus to catch another bus to finally arrive at his job as a chef at Applebee's on International Drive for the night shift. Sometimes, the buses are so full during the tourist season, Snay says that he's had to call and tell his bosses that he will be late. When he gets out at 2 a.m., buses aren't running back to his home, so he rides his bike back two hours, often listening to classic rock.

"If they extend the times, good. If not, I'll ride my bike," he says. "But I think a lot of people would love for them to extend how long the bus runs."

Rhyshelle Scott, 26, gives a similar suggestion while she waits for her bus outside the intermodal station in downtown Kissimmee for a trip to the grocery store. Like Paredes, Scott's car broke down, so she's been forced to take the bus again, which she doesn't like doing because Lynx is often late. When she didn't have a car, she would have to catch a ride on the bus all the way up to Universal Orlando for work. Getting back home late at night was hard, though – most times, she would have to find a friend to give her a ride because taking a taxi back to Kissimmee was expensive.

"Some of the buses need to run later," she says. "A lot of people can't make it to the last bus. One time, I had to sleep at Universal because I missed it. I slept in the break room on a couch. I had no way home. I had no other choice."