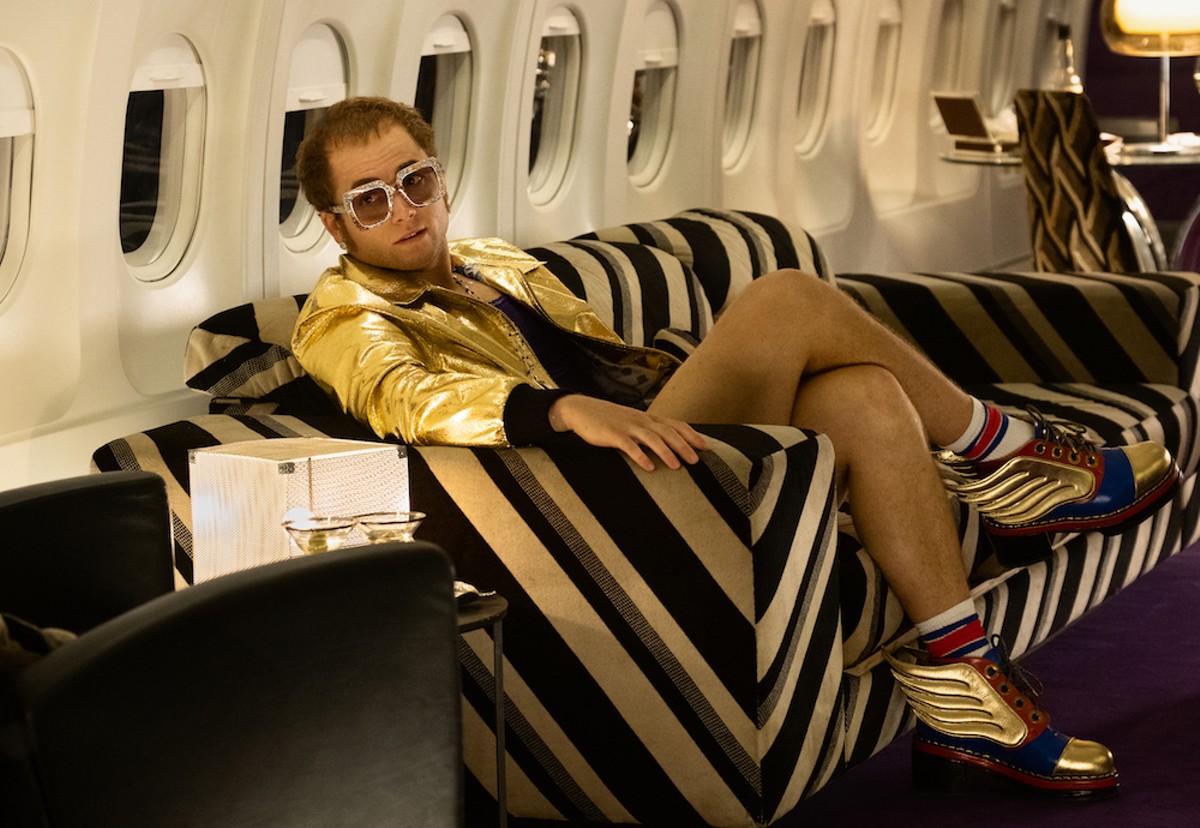 We're in the spendgame now

With a simple hand gesture, Iron Man literally snapped up half the money in the universe. But that leaves the other half for the makers of this summer's remaining would-be blockbusters to try to vanish from your wallet. Here are all the leading contenders, grouped by category. (Just remember this is the movie business we're talking about, which means all dates are as tentative as your chances of ever again experiencing human intimacy.)

Post-Endgame superheroes: In Spider-Man: Far From Home (July 2), Peter Parker learns to navigate a world without Tony Stark. Does he have what it takes to be a leader, now that the Hulk is rivaling James Holzhauer on Jeopardy and Captain America can't have a picnic without somebody calling the cops? Meanwhile, with the instantly obsolete X-Men: Dark Phoenix (June 7), Fox earns the dubious distinction of having effed up the same revered comics story on two separate occasions. Winning!

Disney remakes: Furthering the trend of this week's live-action Aladdin (see orlandoweekly.com for Cameron Meier's review), the House of Mouse gives us a new riff on The Lion King (July 19) that shoots for the verisimilitude of Mutual of Omaha's Wild Kingdom. Yeah, I'm officially over this whole thing. Can we just move on to animated remakes of live-action Disney Classics of the 1970s? Pixar's The Strongest Man in the World: You didn't know how much you needed it until I told you.

Those wonderful toys: What more needs to be heard from Woody, Buzz Lightyear and the gang at this late date? We'll find out in Toy Story 4 (June 21), in which Disney finally breaks out the big guns: a spork! If you like your playthings more on the homicidal side, the Child's Play remake bows the very same day, with Mark Hamill exercising the vocal chops he honed portraying previous psychopaths like the Joker and Donald Trump. Just five days later, on June 26, Annabelle Comes Home finds the evil doll enlisting a cadre of supernatural pals in her reign of terror. Look out, everybody: She's got a spork! And with the LEGO franchise as inspiration, Playmobil: The Movie (Aug. 30) takes us into the world of the internationally popular German-made building toys. It's always nice when my people can show off our structural efficiency to the world in a way that carries more fun and whimsy than the Third Reich.

More for your damn kids: Louis CK lost his gig voicing the canine star of The Secret Life of Pets 2 (June 7), paving the way for that paragon of nontoxic masculinity, Patton Oswalt. Elsewhere, Leslie Jones and Nicki Minaj are among the new arrivals for The Angry Birds Movie 2 (Aug. 14); have fun explaining to Junior what they do for a living. Dora and the Lost City of Gold (Aug. 9) interprets the intrepid explorer in live action and as a teenager to boot, which is an even bigger gamble than sending her on an Incan adventure and counting on Stephen Miller to let her back into the country.

Redband comedy: Stuber (July 12) targets the growing number of Americans who drive for Uber and Lyft to make some extra money, and exploits their fear that their next fare will plunge them into a nightmare of violence and danger. Hey, how about a movie for those of us who are equally afraid of our drivers? Good Boys (Aug. 16) sets a couple of 12-year-olds on a downward spiral that's initiated by their interest in kissing girls; it's no surprise that Seth Rogen and Evan Goldberg are behind this thing, given that they're more obsessed with reliving their awkward adolescences than Alvy Singer. Brittany Runs a Marathon (Aug. 23) ties a woman's weight-loss regimen to her dream of, yep, running the New York Marathon. Hey, it's safer than taking an Uber!

Sci-fi, horror, and other dating apps: Men in Black: International (June 14) replaces its character front line while taking the act to Europe, and the only reason not to predict certain doom is that new leading man Chris Hemsworth has by now firmly established himself as a comedic presence. Godzilla: King of the Monsters (May 31) hauls out an all-star supporting cast that includes Rodan, Mothra, Ghidorah and just about every other vicious, merciless beast that's ever come out of the Far East. Just not Constance Wu! On the same day, Ma has Octavia Spencer as the cool mom from hell, while Brahms: The Boy II (July 26) makes Katie Holmes the latest victim of the stunted psychopath who masquerades as an innocent little doll. Boy, bet she thought she was done with all that when she divorced Tom Cruise. Boss Level (Aug. 16) invokes the spirit of Cruise even more overtly, trapping Frank Grillo in a fatal time loop that sounds like pure Edge of Tomorrow. Finally, IT Chapter Two (Sept. 6) wraps up the saga of Pennywise the Clown, and I'm going to go out on a limb here and say those kids are totally gonna bone.

Nostalgia trips: Rocketman (May 31) hopes to do for Elton John what Bohemian Rhapsody did for Freddie Mercury; if it works, look for The Wayne County Story in 2024. Shaft (June 14) is the third film to carry that name, and brings together all of the character's incarnations: Richard Roundtree, Samuel L. Jackson and new recruit Jessie T. Usher. (Who?) The Scary Stories to Tell in the Dark book series from the '80s finally reaches the big screen Aug. 9, in a feature that was originally supposed to be directed by Guillermo del Toro. He ended up supplying the story template, which is better than we usually get from that big FOOLER! Rambo V: Last Blood (Sept. 20) sends the Reagan-era icon to Mexico to battle drug gangs, in a move that's certain to ease tensions between our two countries as surely as Rocky IV hastened the end of the Cold War. Oh wait, it totally did!

Favorite directors: Jim Jarmusch's The Dead Don't Die (June 14) has a dream cast that includes Bill Murray, Tilda Swinton, Steve Buscemi and Tom Waits. Even better, they're supposed to be playing zombies this time. Quentin Tarantino is back with Once Upon a Time in Hollywood (July 26); remember when we were all mad at him for having abused Uma Thurman nearly unto death? Boy, that was a helluva week! Finally, Richard Linklater makes Cate Blanchett disappear in Where'd You Go, Bernadette (Aug. 16). No, Quentin Tarantino, you cannot do the same thing with Uma Thurman.

Poor taste: The sequel 47 Meters Down: Uncaged (Aug. 16) once again exploits the summer audience's fear of sharks, its release hopefully coinciding with a few real-life fatal attacks that will help move tickets. The Category 5-themed disaster flick Crawl was originally supposed to come out in August, at the height of Florida's hurricane season, but it's been moved up a month to July 12 by a studio that apparently knows nothing about show business. Angel Has Fallen (Aug. 23), the second sequel to Olympus Has Fallen, once again posits an attack on the U.S. president, which, come to think of it, now qualifies less as poor taste than as wish fulfillment.

The XX factor: As in chromosomes. The eagerly-anticipated Late Night (June 7) has Emma Thompson as a talk-show host and Mindy Kaling as her first female staff writer. Hustlers (Sept. 13) puts Jennifer Lopez in charge of a bunch of ex-strippers who declare war on Wall Street. One of them is played by Constance Wu, who's clearly happy to be taking on the kind of difficult and challenging dramatic work you can't find in TV. Similarly, the 1970s period piece The Kitchen (Aug. 9) sees mob wives assuming responsibility for the family business. Sadly, they only get to steal 80 cents for every dollar.

And featuring Helen Mirren: Every pensioner's favorite set of bristols will be on display in Fast & Furious Presents: Hobbs & Shaw (Aug 2), the first spinoff from the internationally popular pedal-to-the-metal franchise. Dame Helen will also play a mentorship role in Anna (June 21), helping prove that the little black dress still exists just so Luc Besson has something to clothe his lady assassins in.

Dramas, unclassifiable or otherwise D.O.A.: The high-concept comedy Yesterday (June 28) envisions a world in which the Beatles never existed – which I'm assuming means we're still in Vietnam and everybody has hair like Bobby Vinton. Blinded by the Light (Aug. 14) tells the true story of a Pakistani-born journalist who worships Bruce Springsteen. (Why can't I imagine a world without him?) And Downton Abbey (Sept. 20) continues the small-screen exploits of Lord Twatwaffle and Lady Phlegm, or whatever the hell their names are. To be honest, I don't watch a lot of TV. Constance Wu told me it rots your mind.

« Orlando Inside Guide 2019: Are you crazy? It's like a million degrees out there!   |   The hottest concerts to see between now and September »