I waited a long time for Shiraz Grill to open. Each time I drove by and saw the lights of the restaurant's stylized marquee illuminating a Moghul-style font, I drooled at the notion of devouring their charbroiled kebabs. And when it finally opened a couple of months later, my drooling problem had ceased, only to be supplanted by full-fledged salivary incontinence in anticipation of my first meal here.

Shiraz Grill is a pet project of chef/owner Ali Zarazel, an IT professional by trade who, like so many budding restaurateurs, left his day job to devote all his time and energy into running a restaurant. A bold move, to say the least, but Zarazel possesses an acute understanding and passion for the culinary variations of his home country of Iran, not to mention an unfailing entrepreneurial spirit ' qualities that could tip the scales of success in his favor.

Flamenco and belly dancers shake and shimmy through Shiraz Grill's hookah-friendly patio on weekend nights, but it's the kitchen that ultimately struts its stuff. Kashk o bademjan ($6.95), a smoky starter of pureed aubergines drizzled with cream of whey, is as dip-worthy as any hummus, and livened further by a finish of dried mint and sweet fried onions. The hummus ($6.95) is infused with more garlic than in other Middle Eastern establishments, while the falafel ($6.95) was more crumbly than crisp.

I'll get to the kebabs, but not before a mention of the outstanding khoreshts, or Persian stews. If I weren't such a kebabophile, I'd luxuriate in the smooth, rich pomegranate sauce of the khoresht e fesenjan ($14.95) each time out. The dusky stew is made with chicken and sprinkled with walnuts, but it's the pomegranate sauce that makes an immediate impression on the palate, and a lasting one at that. Faintly sweet khoresht e qeymeh ($14.95) is a milder stew of cubed sirloin, coriander and fenugreek leaves, zested with dried lime. Both dishes are best enjoyed with zereshk polo ($6.99), a hillock of rice pilaf perfumed with saffron and jeweled with sweet crimson barberries.

Zereshk polo is, in fact, my carb of choice when enjoying the real pièces de résistance, those exquisite plates of skewered meats bathed in a sublime marinade of olive oil, saffron and garlic. The shish kebab ($18.95) is a regal course of exceptionally pliant chunks of filet mignon interspersed with onions, green peppers and tomatoes, while the koobideh kabob ($11.95), two skewers of lean ground beef, has a workingman's price, but is equally rich in flavor.

Each buxom bite of boneless chicken breast ($16.95) is as succulent as the next, but a freckling of lemony sumac gives just the right zing. Chicken tenderloin ($18.95) is sectioned, pounded, then marinated before being carefully threaded onto a skewer, resulting in morsels undulating in contour, though slightly dry.

Closure is provided by a glacial orb of syrupy sweet faloodeh ($4.50), a toothsome and refreshing dessert made popular in Shiraz, Iran. Thin vermicelli noodles are frozen in cornstarch and drowned in rosewater. Also worth a try is the bastani ($4.50), a creamy pistachio ice cream made fresh on the premises.

I've had the pleasure of dining here on numerous occasions, and the restaurant refines itself with every subsequent visit. Fine tapestries and brocaded curtains accentuate a gleaming interior, and the wait staff serves with a cheerful alacrity, though they can be easily distracted. Yeah, the cheesy Persian music videos are a little tiring, and the prices are high, but an $8.95 lunch buffet is one of the best deals in town, and an irresistible, even mouthwatering, lure.

It would appear that Florida Gov. Ron DeSantis — one of the most prominent Republican voices not named Donald and heir apparent… 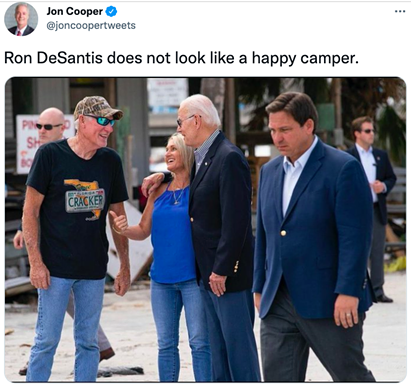