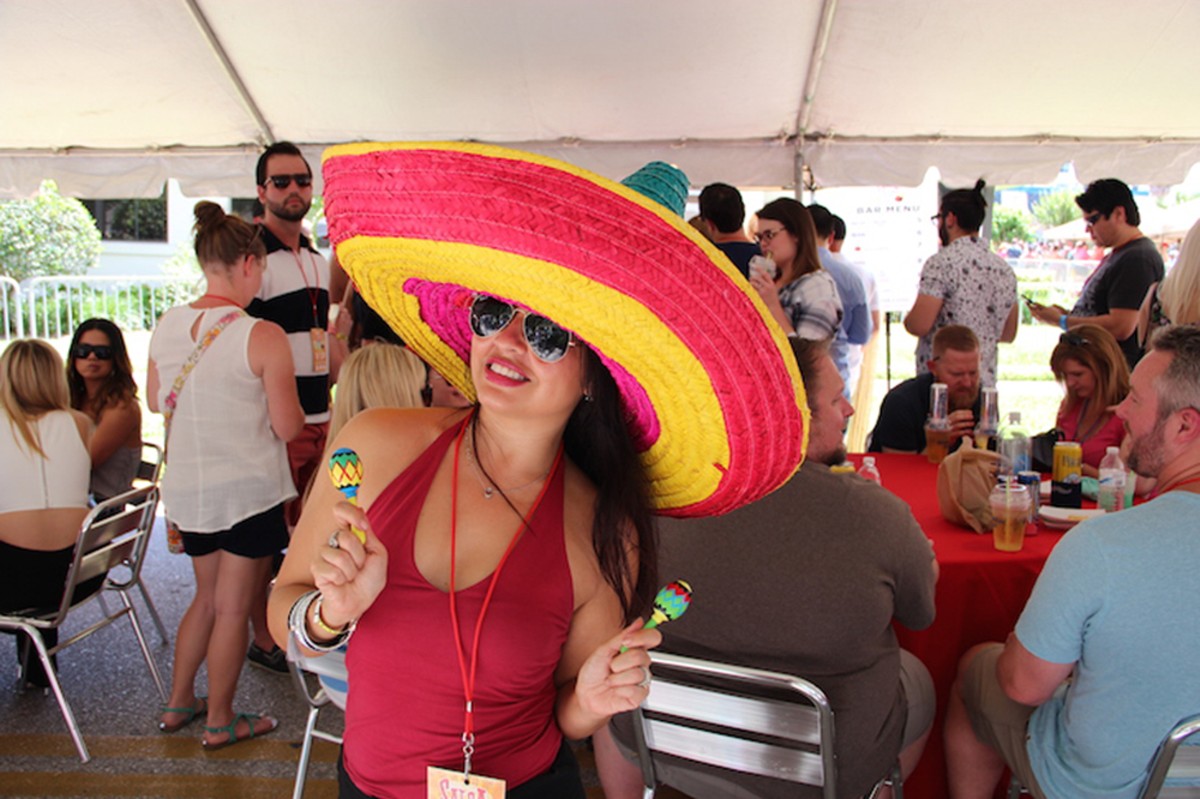 Selections: Our picks for the best things to do in Orlando this week

With their discernibly amped-up funk and intrusively percussive bass play, the California-bred Rock & Roll Hall of Famers Red Hot Chili Peppers set course for the Amway this week and are strapped  with a game plan that, if patterns hold, is sure to involve some deliciously inappropriate innuendos. Four years into their third decade of existence, the Red Hot Chili Peppers have decided to follow their 2016 summer album, The Getaway, with a worldwide tour that features special guests Baby Metal and Jack Irons. For their 11th record release,  the six-time Grammy recipients worked with producer and methodical beat-birther Brian Joseph Burton, better known as Danger Mouse. His addition undeniably altered the backdrop of the RHCP sound, but left intact what drew their large and always growing following in the first place. If you've never seen Flea, Anthony Kiedis and company live before, believe us when we say the funk now sits at 11. – Nick Wills

It's National Poetry Month, and what's more poetic than using your federally appointed numerical designation to honor your neighborhood? WMFE invites Central Floridians to get creative and write odes to everyone's favorite five numbers: their ZIP codes. These ZipOdes must each be five lines – the number of words in each line is determined by the number in your particular ZIP. Then, come out and represent your 'hood at the ZipOde Throwdown, where you can show off your poetic prowess, listen to live music from local band Beemo and munch on lobster rolls from the Monsta Lobsta food truck. It might not be Yeats or Dickinson, but these poems are packed with a certain rhythm and heart that'll satisfy even the toughest literary critic. – Deanna Ferrante

If Judge (April 30, right) could be seen as the avenging ghosts of hardcore past, a convincing case can be made that Barcelona's Ultra are the ghosts of hardcore yet to come. The youthful Spanish contingent combines members of Absurdo and Anarquia Vertical into a combustible whole, merging elements of Euro and U.S. hardcore into a new form of world-spanning violence. Ultra's recent 7-inch release on the untouchable La Vida Es Un Mus label out of the U.K. is almost foaming at the mouth in terms of fury and velocity: seven berserker songs bursting forth from a 45-rpm single – just like how Agnostic Front and Negative Approach used to do it. Flammable materials; handle with care. One of only two Florida shows for Ultra, with support from South Floridian Latinx firebrands Ladrón. – Matthew Moyer

Preserving History in the Aftermath of Pulse

Every day, dozens of people visit the gay nightclub Pulse to leave flowers, teddy bears, rainbow flags and candles. If you think about it, that's hundreds of tributes in the 10 months that have passed since the mass shooting at Pulse that killed 49 people. Not to mention the white crosses, banners, angel statues, art pieces and pinwheels that were brought to Orlando during the vigils after June 12. In the haze of those weeks as a community coped, some people would have let the items rot in the sun. But not the Orange County Regional History Center. Workers collected, preserved, catalogued and stored thousands of mementos left at vigils and tribute sites in the aftermath of Pulse for the One Orlando Collection Initiative. The things people left serve as a reminder that victims and survivors of Pulse were loved, and in the decades to come, will remind the world how Orlando responded on its most tragic day. Learn about the heroic efforts of the History Center staff from chief curator Pamela Schwartz and collections manager Whitney Broadaway at this afternoon presentation. – Monivette Cordeiro

EVENTS After the 2016 presidential election, Dahlia Lithwick (senior editor at Slate, contributing editor at Newsweek, and a specialist on U.S. courts and the law) wrote: "It is shattering to contemplate starting again to relitigate fights over our bodies, access to contraception, equal pay, respect in the workplace, the right to love and marry the partner of our choosing, and the right to be unafraid of sexual violence and casual threats. We have a long climb ahead." Today, as always, Planned Parenthood is one of the primary warriors fighting for those rights, and they've thrown themselves wholeheartedly into battle. But they need the support of others who want to defend reproductive freedom in order to keep fighting. This fundraiser gala, featuring special guests Lithwick and Sonya Renee Taylor, poet and founder of The Body Is Not An Apology, is one way to contribute. As Taylor has said, language has the ability to either create or destroy, so stand up and make your voice heard. – Jessica Bryce Young

The Delusionaires haven't been a regular thing this decade since life geographically scattered its members. But in the early 2000s, this wild instrumental band was responsible for much of the sleaze and color oozing from Orlando's underbelly. Musically, they're as loose as the women they covet, smearing a grease slick of garage, hard rhythm & blues, and rock & roll with pure vice. And live, they're all sweat and monkey business. It's a trip of carnal nostalgia straight out of a Tarantino movie. Fortunately, their local ties are deep, and every few years or so they all find themselves back on the same old stomping grounds. Luckily for us, that means getting the gang together again for a one-off show, this time with support by Atlanta garage-rock traditionalists Bad Spell and St. Augustine beach band Kenny and the Jets. Go get dirty. – Bao Le-Huu

Straight-edge hardcore has never lent itself to half-measures or ironic stances, and New Yorkers Judge were about as hardline as you could get in the late '80s. Formed by Mike Judge and Porcell after leaving Youth of Today in 1987, Judge was a far heavier, blunter and more confrontational proposition. Arguably, Judge was the most for-real and in-your-face about the straight-edge lifestyle of any of their peers. Despite the fuck-you antagonism dripping from every word out of vocalist Mike Judge's mouth, the band's music was an almost unfairly catchy blend of hardcore's velocity and the added girth of metallic undercurrents, and they were loved and lionized for this by their devoted fans. In an interview years later, Judge recalled how he received a phone call from a fan about a Klan rally in his town and asking if Judge would come beat them all up! The band splintered and moved on to other things in 1991, burnt out by the constant fights and violence at their shows (their final show was in Tampa), but reunited in 2013 against all odds to play some triumphant comeback shows. And word is that they still deliver the brawny goods. The band has continued doing sporadic shows since then and this Orlando show is part of a brief, three-city Florida swing to settle unfinished business. An unlikely reunion if there ever was one; don't miss out on the chance to hear "New York Crew" live. Pregame with the There Will Be Quiet documentary online. – MM

If you usually find yourself dancing, eating salsa and boozing during the weekend, or you just can't wait for Cinco de Mayo to put on your best sombrero, this event could be for you. The annual Florida Salsa Festival is back and ready to ring in Cinco early with unlimited tastings of more than 30 savory, sweet and spicy salsas along with plenty of margaritas, music and dancing. Finally, after sampling all the unlimited free salsa one person can consume, you get to contribute to friendly competition and vote for your favorite, then literally salsa (the dance, the music and the food) the day away until you've brought yourself into a saucy, spicy, tequila-induced coma. – Rachel LeBar

« Selections: Our picks for the best things to do in Orlando this week   |   A look at Orlando artist Jessica Earley's protest paste-ups »