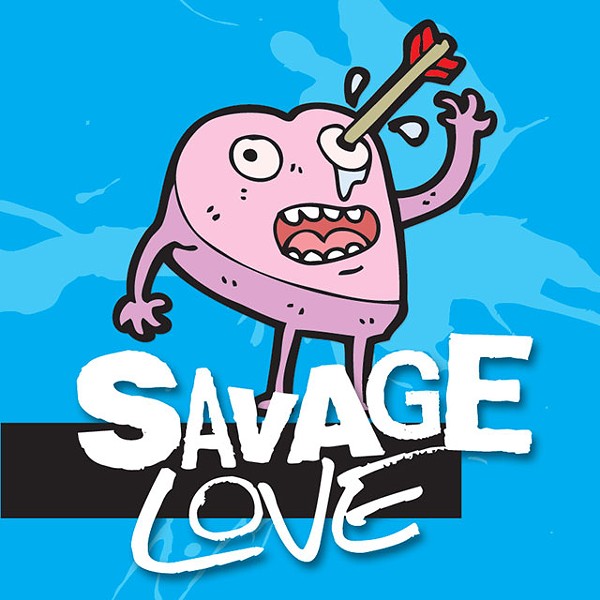 I’m seeing an amazing guy who I met doing sex work – as in, he was paying me for straight-up sex. It’s not a Pretty Woman situation. He’s my age and not wealthy, and I’m too old for that anyway. We share a lot of geeky interests and have a great connection, and the sex is awesome. When I was seeing him for pay, I would think, “I would totally date this guy.” We transitioned to friends-with-benefits several months back. Then some “I love yous” were exchanged, and now we are in a monogamous relationship. For context, I did independent escorting for about six months while I was in school. (I played up the nerdy-grad-student angle, and that was crazy successful.) I keep thinking that there must be something “wrong” with the way we met, but maybe that’s internalized attitudes toward sex work? Can this work? Everything about our relationship feels positive, but sometimes I think, “Really? Dating your john?” Maybe I just need your OK to feel better.
Dating My John

You’ve got my OK – and Siouxsie Q’s, too.
“People meet their significant others through work all the time,” says Siouxsie, host of The WhoreCast, a weekly podcast about sex work (thewhorecast.com). “But navigating love, sex and work can be sticky and difficult.”
And when you’re a sex worker, as Siouxsie is and you were, internalized shame and social stigma can make a “workplace” relationship stickier and more difficult. “In most of the stories we see about ourselves in the media,” says Siouxsie, “we end up dead, alone or in service to Richard Gere for eternity. All terrible options. But sex-worker/client relationships occupy a wide spectrum. I have clients who I barely know. I have clients who I feel genuine love, affection and even attraction for. And while I have never dated a client, it is not unheard of.”
So instead of worrying that you met your boyfriend working, Siouxsie suggests that you focus on what’s working about your boyfriend. “It sounds like this guy meets all the criteria for dating a sex worker. He’s not creepy, he’s not trying to ‘save’ you from your work, you have a great connection and great sex,” says Siouxsie. “There is no ‘normal’ relationship or ‘right’ circumstance to meet someone. But when everything feels right and the only thing holding you back is this idea that ‘this could never work,’ you would be foolish not to give it a shot.

I think someone asked you a question about me and my amazing boyfriend. I set up and re-rack the weights when we work out. The person who wrote saw me kneel and tie my boyfriend’s shoe and was wondering what was up. You told the guy to ask my boyfriend. He hasn’t asked, so my boyfriend told me to write. You said we were doing some “not-nearly-subtle-enough, semipublic Dom/sub” scene, but that’s not accurate. My boyfriend is dominant and I’m submissive. That much you got right. But we keep things very subtle in public. Observe us closely, and you’ll see signs of my submission. But since we’re not doing anything hardcore in public – no verbal abuse, no hitting, nothing that might be triggering for someone who has been in an abusive relationship – we don’t see why we should have to keep it completely hidden. So, yeah, I tie his shoes. Not because he can’t, but because he likes to make me. And he’s amazing and amazingly hot, and I’d do anything he asks.
Savage Love Appearance
Verifies Everything

Thanks for sharing, SLAVE.

I’m a woman in a relationship with an AMAZING guy for eight years. We have great chemistry and are best friends. My man has this fantasy about seeing me fuck his friends. It comes up EVERY SINGLE TIME we have sex. He begs me to call out their names during sex. I love to please him and I find it super-hot. But is this something that he really wants to explore? We never talk about it outside the bedroom. It also makes me feel awkward when we hang out with his friends, because I can’t help thinking about how many times I’ve come while shouting their names. How can I open up this topic without giving him the idea that I actually would let one of his friends bone me? If this was something that he REALLY wanted to do, I’d be willing, but how do I ask him if he thinks about actually doing it?
Please Help Me

Some people will dirty-talk about shit they wannaexperience in real life, and some people will dirty-talk about shit they never wanna experience in real life. But the only person who knows if your boyfriend wants to do this shit IRL is your boyfriend – and he’s not telling, and you’re so worried that he’ll think you actually wanna fuck his friends that you’re not asking. And you don’t wanna fuck his friends … but you would fuck his friends … but only if he wanted you to fuck his friends.
It’s possible that your boyfriend wants to realize these fantasies in real life, but is so paralyzed by shame that he can’t bring himself to talk about his fantasies when his dick isn’t hard. His own shame may also have led him to misread the fact that you’ve never raised the subject outside the bedroom. He may be thinking, “We talk about it every single time we have sex! But she never brings it up when we’re not having sex, so she must not be into it.”
But it’s just as possible that your boyfriend doesn’t want to realize these fantasies. You’ve spent eight years demonstrating to him that you’re down with his kinks. So it stands to reason that your boyfriend would’ve asked you to fuck his friends by now if he wanted you to.
So what do you do? Grab a drink with your boyfriend and ask him to talk with you about his kinks. Don’t say, “Hey, do you really want me to fuck your friends? Because I would – I totally would – if that’s what you wanted!” Instead, tell him you want to talk about his fantasies in a general, open-ended way because, hey, healthy couples can talk about their sexual fantasies. Start by telling him what turns you on about these fantasies, and then ask him what turns him on about them.
If he can’t bring himself to talk about his fantasies when you aren’t fucking, that means you’re never gonna fuck his friends IRL.