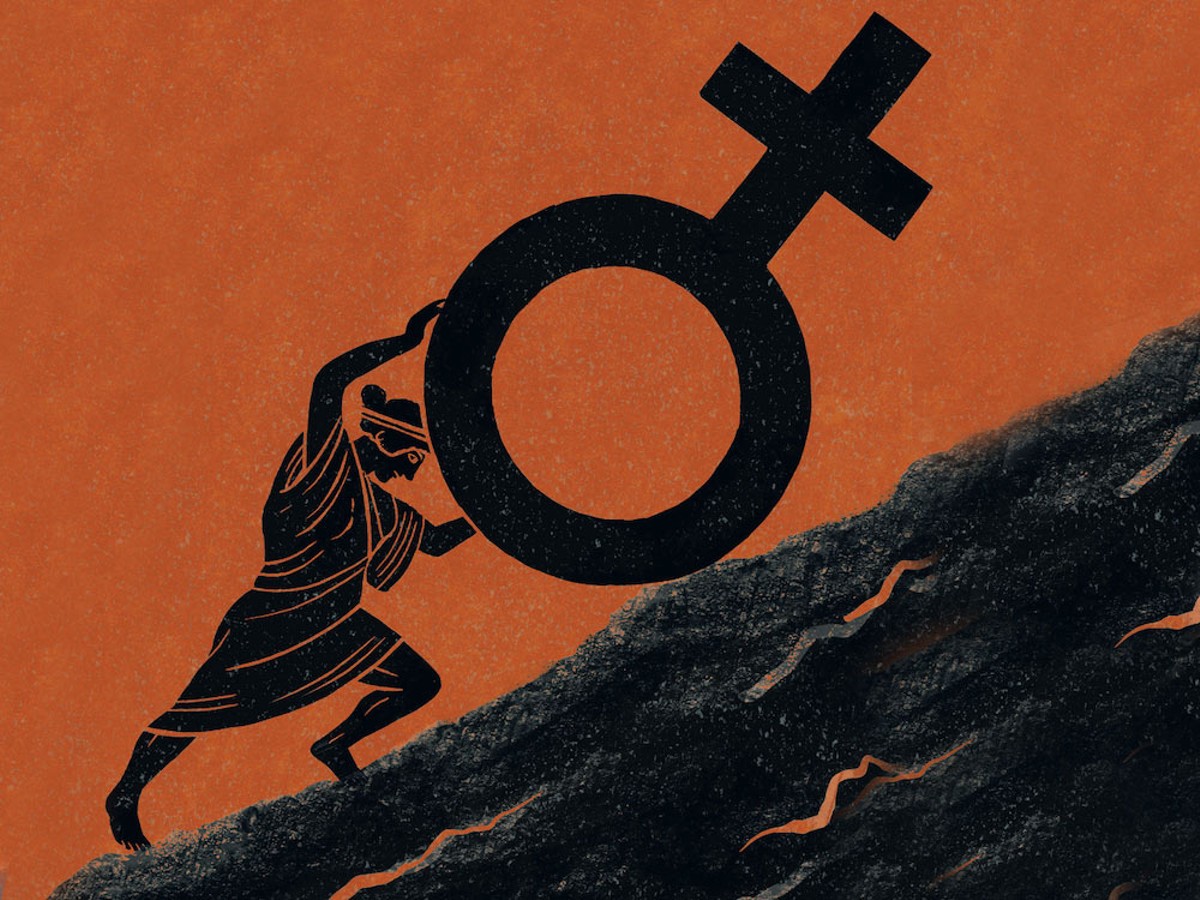 Savage Love: ‘We’ve only been dating for about a month and this person keeps making requests that I shave or trim my pubic hair’

Dan: I want to correct you on something you've said repeatedly: A man can "hide" his bisexual orientation. I disagree. I felt my boyfriend was gay or bi immediately, but he flatly denied it. But it was so obvious! He sucked at sex, he never initiated and he was clueless about female anatomy! I was forced to hunt for proof, which I discovered after nine months. Then I mercilessly outed him to friends, humiliated him to his face, and finally confronted him with the proof of his profile on a gay hookup app. I enjoyed every wicked minute exposing his lies and telling everyone the truth because he used and exploited me in a fake relationship. I was wrong about a couple of things. First, I thought if I asked him if he was gay, he would confess and come clean with me. Wrong, he never did. Second, if he was gay, he wouldn't hide that fact because gays won the LGBT rights fight. Wrong. I am a fag hag but only because I like feeling superior and enjoy what I get out of my friendships with gay men. But I'm not interested in fruit juice. —Furious And Vengeful Ex

FAVE: You are a terrible person, I don't want you reading my column, and I hope your gay friends come to see you for the toxic person you are and cut you out of their lives — unless they're just as awful as you are, in which case they deserve you.

To be clear, FAVE, what your ex did was wrong. I have always taken a dim view of closeted gay men who date straight women to throw people off the scent of cock on their lips (assuming your ex was gay and not bi). But if this dude sucked at sex (when he had it with you), never initiated sex (at least not with you) and couldn't find your clit if you gave him a flashlight (and probably not even then), why waste nine months on him? You could've and should've dumped him the first time the sex was awful, FAVE, or when you first suspected it wasn't you (or your kind) that he wanted to have sex with.

And the record, FAVE, anyone can hide their sexual orientation, not just bi men. But many bisexuals don't come out because they fear being mercilessly outed by angry, bitter, vindictive partners. Again, I don't have much sympathy for closeted gay men who lie to and mislead women. But if your ex-boyfriend was bi, not gay, and you two hadn't made a monogamous commitment to each other, he had every right to fuck other people — including other people with penises.

Dear Dan: I have a question for you about pubic hair. I'm a straight female in my 40s and began dating someone new recently. We've only been dating for about a month and this person keeps making requests that I shave or trim my pubic hair. I haven't known this person long enough to feel comfortable making changes to my body on their account. Am I unusual in this area? Is it standard practice now to get rid of pubic hair? I honestly couldn't care less about my partners' hair, so long as they're hygienic. This email may be boring, but I was curious about your thoughts on this topic. —Lover Interrogates My Pubes

Dear LIMP: Some people get rid of their pubic hair to please themselves, and some people get rid of their pubic hair to please their partners. You're not obligated to shave just because the man you're dating asked you to, LIMP, but unless he's pressuring you or pouting about it, I don't think he's being an asshole. If he asked nicely and you said no and he dropped it, LIMP, that means your new boyfriend can take "no" for an answer and isn't that a nice thing to know about him? That said, I don't think trimming your pubic hair to please even a new partner amounts to "changing your body." It's not like getting a tattoo or removing a limb — if you don't like how a trim looks or feels, LIMP, you can stop trimming and, in a few weeks, your natural habitat will be fully restored.

Dear Dan: I'm a woman in a committed relationship with a man and we've just started exploring ABDL. I'm the sub, he's the Dom. I was wondering if it would be OK for me to change his diapers. I want to show him I'm willing to clean him and take care of him too, but I feel like subs aren't really supposed to take on those roles. And to be a good sub, I really want to know my place. I trust your opinion on these things. —Pensively Approaching Diapered Dom

Dear PADD: It's fine with me if you change your boyfriend's diapers, but you're going to have to check with him. Not all "Adult Baby/Diaper Lover" play involves power exchange, but when people combine ABDL with D/s, it's typically the sub who wears the diapers (and has them changed) and the Dom who does the diapering and changing. But if your Dom is into wearing diapers, PADD, he's already blurring those boundaries — so, I don't see why you can't at least offer to change his. If having his diapers changed by his sub would make him feel less dominant, he can continue to change his own damn diapers.

Dear Dan: I'm a single cis woman in my mid-40s. I've never wanted kids, but I did think at some point, I'd get married or have a long-term partnership. That hasn't happened. Which is fine. I'm content with my life, I make good money, I own my own home, and I love and appreciate all of the great things that come with being single. (Doing whatever I want, whenever I want, and — let's be honest — farting at home whenever I gosh darn need to.) I have a lot of dear friends who are married, and they are family. I accept that I may be single (but not alone!) for the rest of my life, and that's fine too. But it comes down to this: I need physical intimacy. I'm OK with my life, but I'm not OK with never having a sexual partner again. I really, really, really like sex. I want to be with a person I know well enough to get comfortable. But I live in a place where online meetups are either fleeting or scary. And I'm overweight and lack confidence and don't exactly have all the boys coming to my yard. Give me some guidance, Dan. —She Isn't Necessarily Getting Laid, Eh?

Dear SINGLE: Online meetups feel fleeting because most online meetups, like most offline meetups, are fleeting. They're chance encounters, like striking up a conversation with a stranger in a bar, and like most chance encounters, they typically go nowhere. Occasionally an online meet-up is scary in the dude-gives-off-serial-killer-vibe sense, but most are scary in the making-yourself-vulnerable-and-risking-rejection sense — and there's no avoiding that kind of scary, SINGLE, only building up your tolerance for it.

And finally, SINGLE, and somewhat controversially ... if you're content with your life as it is, and if you value being able to fart whenever you need to, there are married men out there who aren't getting any at home, SINGLE, and not all of them are assholes. Some are loving, decent guys in loving, low-conflict marriages who've decided to stay married for loving, decent reasons. An ongoing connection with a loving, decent woman who doesn't want more than they can give could obviously make one of these guys very happy, SINGLE, and it might make you a little happier too.

« Savage Love: Cuck angst is real, so please don’t rush into your first cuckquean experience   |   Savage Love: Keep bragging about celebs and movie sets, and no guy is gonna give you access to his backlot »