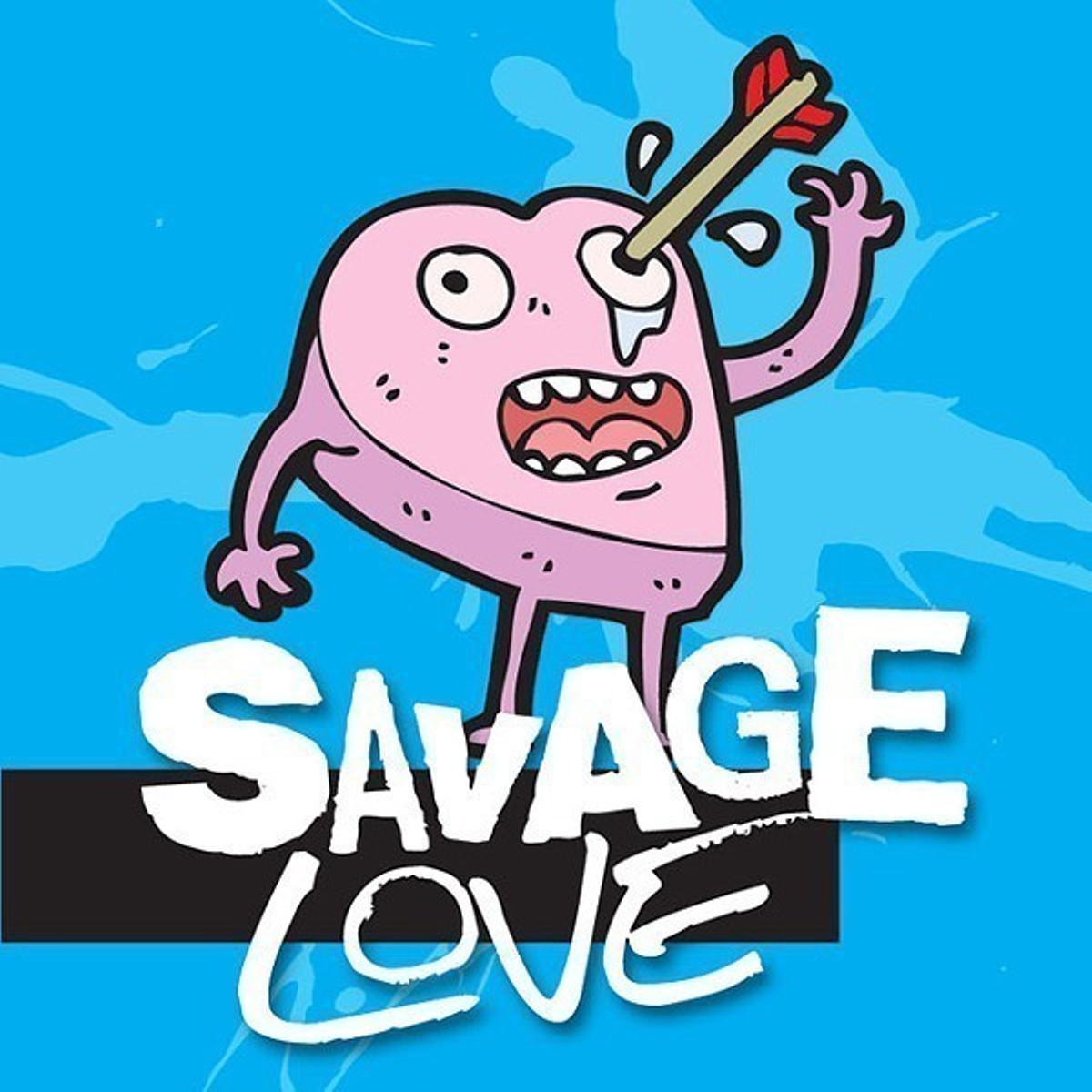 Our final guest Dan Savage is an independent designer, illustrator and animation director based in Brooklyn, New York. He created Yule Log 2.0 (watchyulelog.com), a collaborative art project where animators around the world reimagine the famous Yule log fireplace. He has worked with the New York Times, Herman Miller and Google; he's taught design and animation at NYU and SVA; and he's won a bunch of design industry awards you probably haven't heard of.

"I was excited to do this, even though I have no authority on the topic," said Daniel Savage, award-winning independent designer. "But I surprisingly felt pretty confident in my answers, as ridiculous as they may be."

I'm a 41-year-old straight woman who stayed a virgin way longer than I should have (thank you, church and cultural slut-shaming). I wasn't 100 percent "good," i.e., I was one of those "not PIV = not really sex" girls, so I indulged in outercourse and other "cheats." When I finally realized that "not until marriage" wasn't working for me and did the real thing, I discovered I loved it. Go me, right? Unfortunately, I'm not good at dating, so I usually go a long time between relationships. The relationship I'm in now is the first one I've had in two years. "Guy" is nice to me – calls me beautiful, sticks up for me, comes to watch me play with a community orchestra (my own family and friends don't even come to my shows). But we don't have much in common (hobbies, political outlook, religious beliefs) and sometimes our conversations feel labored. But that's OK, right? At least I'm getting my sexual needs met, right? Well, no. Every single time we've tried to have sex, Guy either can't get hard or stays hard for only a few minutes. I've tried going down on him, using my hands, different positions – nothing works. He's never had an orgasm with me. We don't even kiss that much. I don't say anything because I don't want to hurt his feelings and because I'm really grateful to him for wanting to be with me and being nice to me. He says sorry and that he's asked the doctor about it, but we don't get anywhere. It feels lonelier than when I was single. To be blunt, I don't want to date him anymore. But I feel too guilty to break up with him. He really cares about me, and he didn't do anything wrong. We've dated for four months, and I don't know if I'm giving up too soon. Where would I be if previous boyfriends had ditched me for being inexperienced instead of showing me the ropes? Don't I owe Guy the same thing?

- Too Down To Be Witty

First off, I think a long time between relationships is good. I also think not having things in common can be OK if you create new hobbies and experiences you can share. Having said that, TDTBW, four months is plenty of time to know if it's working. He sounds super-boring. The sooner you break it off with him the better. You don't want to hurt him any more than you have to, especially if he's really into you, and the longer you draw it out, the more it's going to hurt. No amount of "training" is going to get this dude hard. The only rope being shown here is his flaccid ding-dong. It doesn't seem like you even want to be his friend if you broke up.

I wouldn't feel guilty at all about dumping him. Sometimes you gotta think about No. 1.

You're 26 years old, PEGGED, buy the damn thing. How much could it possibly cost? I know if I were in your situation, I would want full control over what goes up my ass. If she owns it, would she use it while you weren't around? With strangers? No thanks. Plus if you split the cost, who gets to keep it when you break up? Just buy it and enjoy. If you struggle with picking one out, might I suggest starting small?

I've always enjoyed reading your column – maybe I just get turned on by other people's sexual endeavors or maybe reading about other people's sexual frustrations makes my situation seem better in comparison. So what am I writing about? Well, I suppose the question is this: When does one just become blatantly ungrateful? I've been in a two-year mixed relationship (she's Native and 24, I'm white and 29), and we fight a lot. She cheated on me a couple of times early in the relationship. She says I pressured her into getting into a relationship when she wasn't ready to "settle down," which I suppose I could see. My problem is I have a handjob fetish and my girlfriend has a disinterest in it, to the point where she just won't do it. But why am I bitching? I get laid every day for the most part, surprise blowjobs, 69ing, you name it. Should I accept this as fate? But just this morning, we went for round two, and I was having a hard time coming, and out of nowhere she pops up and jerks me off till climax. It really took me aback. Would it be bad to fake having coming issues in hopes she does it again? Is that unfair?

The girlfriend you've got sounds super-selfish, and finding a new girl – one who wouldn't cheat on you and would be excited to jump into a relationship AND be down with a little tug – isn't going to be that difficult of a task. I mean, your fetish seems like it's an easy one to explore.

But to answer your actual question: I would go ahead and fake it. Fuck it, lie to her. It seems like she has no issues lying to you!

On the Lovecast, a special guest rant by writer Sherman Alexie: savagelovecast.com.