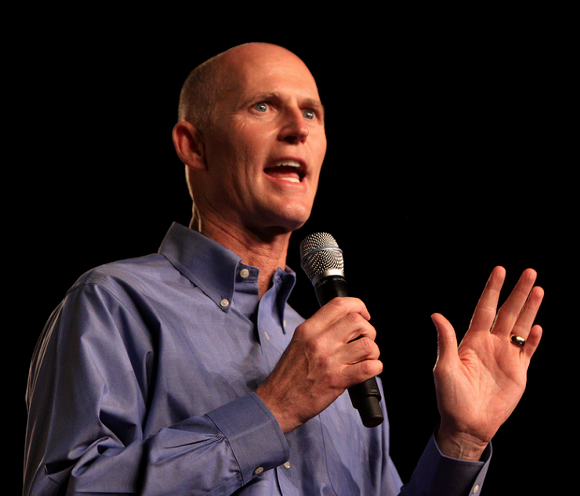 Even in the raging cocaine bender of this political moment, this past week has been a doozy.

Excerpts began leaking of Bob Woodward's new book, painting a vivid portrait of a White House in which a handful of adults are desperately trying to keep Donald Trump from screwing things up on a near-daily basis. And just as Trump was starting to cry "fake news" to anyone who would listen – that is, any double-digit IQ who would take the word of an unapologetic fabulist over one of the guys who brought down Nixon – a "senior administration official" penned an op-ed in the New York Times putting an exclamation point on Woodward's thesis, saying that there was a coterie of covert resisters working from within to frustrate the president's worst impulses (while making sure tax cuts went through, of course).

Again, the Trump camp howled, arguing (not entirely wrongly) that the anonymous official was a coward who should resign on principle and put his name on such heady allegations of incompetence, rather than act as part of a cabal of unelected bureaucrats to subvert their boss. Then Trump (insanely) suggested that the U.S. Department of Justice should open an investigation into the op-ed, which he (dictatorially and ignorantly) termed "treason," because, I suppose, no one should be allowed to criticize Dear Leader.

This exercise taught us little that we don't already know, though it filled in some details and underlined how thin-skinned, incompetent and unfit the president of the United States actually is. It also made clear how pathetic the Republican Congress is – a collection of quivering quislings who, when faced with clear evidence that the president's own officials think him so unstable and unworthy of his position that they are literally stealing papers off his desk, can't even deign to hold a hearing.

Then there was the news on Thursday that, according to Rudy Giuliani, the president would refuse to answer questions from Robert Mueller, either in person or in writing, about obstruction of justice, which set up the admittedly delightful prospect of a subpoena. Giuliani, who tends to talk first and think later, walked that back a few hours later, saying that while the White House has agreed to written questions on Russia, it hasn't "ruled in or out" obstruction questions. Trump, about to watch a campaign aide get 14 days in federal prison for lying to the feds to protect him, said on Friday that he wanted to avoid a perjury trap. Also: witch hunt, no collusion, etc.

Again, nothing we don't already know: As Woodward reported, Trump's lawyers are desperate to keep him as far away from Mueller as possible, because Trump will inevitably lie his ass off.

In the backdrop of all of this craziness, of course, was the Senate Judiciary Committee's confirmation hearings for Brett Kavanaugh, who will likely become the next Supreme Court justice, for life, despite a mountain of bad faith on the part of his Republican backers – who have rammed through his nomination while withholding a ton of records – and his own mountain of dissembling, including several specific instances of rather blatant falsehoods that might border on perjury and his own hide-the-ball obfuscation on overturning Roe v. Wade, which, let's be real, he wants to do. There were dramatics (hello, Cory Booker) and sharp questions (Kamala Harris) and protests galore, and Kavanaugh stumbled through them. It won't matter. What matters is whether Republican Sens. Lisa Murkowski and Susan Collins, who claim to be pro-choice, are willing to swallow Kavanaugh's obviously hollow "settled law" bullshit on abortion rights. Prediction: They will, and for the next 30 or 40 years we'll be stuck with a justice who makes Anthony Kennedy look like William J. Brennan.

And then, closer to home, fresh off the controversy over that "monkeying it up" dog whistle the day after Andrew Gillum won the Democratic primary, we learned that Trump bootlicker Ron DeSantis spoke four times at conferences held by people who believe African Americans should thank whites for their freedom and the "only serious race war" is against white people.

Meanwhile, Gov. Rick Scott, he of equal parts gall and idiocy, tweeted that "If you want to protect Medicare, vote Republican. If you want a socialist experiment with Medicare, by all means vote Democrat." Three points: One, Medicare, a single-payer health insurance program, is, by definition, socialist. Two, the congressional Republicans' budget for 2019 proposes slashing $537 million from Medicare (and $1.5 trillion from Medicaid, but who cares about poor people) to help offset the massive red ink of last year's tax cuts for billionaires. Three, Scott, now in a pitched battle for a U.S. Senate seat, is really not the person to be talking about keeping Medicare solvent, considering that his former company committed what was at the time the largest health-care fraud in American history.

Finally, I wanted to take a moment to mark the passing of Orlando Magic owner/legal-pyramid-scheme multilevel-marketing-company billionaire Rich DeVos, a man whose primary contribution to the City Beautiful was to convince Buddy Dyer that, despite his troglodyte, homophobic politics – he was one of the right-wing industrial complex's biggest donors, gave a ton of money to the cretins who pushed to ban gay marriage in Florida and his family has links to both current Secretary of Education Betsy DeVos (his daughter-in-law) and the mercenary behind Blackwater (Erik Prince, Betsy's brother) – the sun shone out of his ass bright enough that the city should throw him 400 million bones for the Golden Pleasure Dome™.

But hey, at least it's pretty in the downtown skyline.