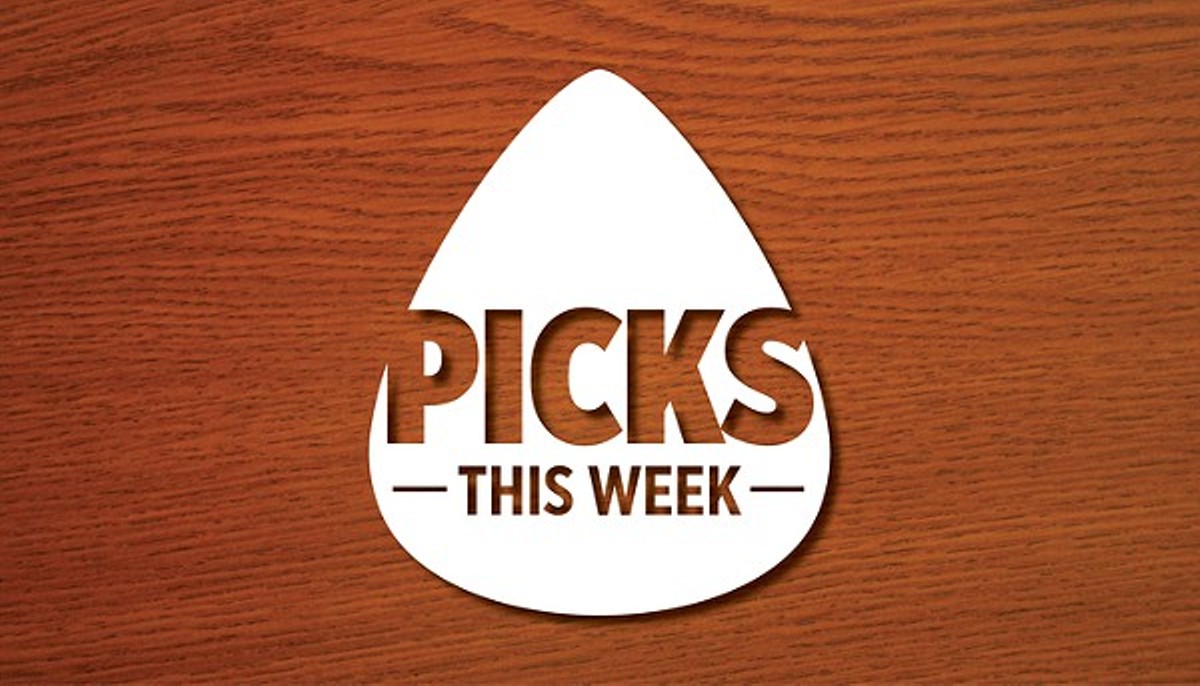 Yautja
Nashville crushers Yautja managed to bowl over heavy music heads with their debut last year, Songs of Descent. Blending the best of grindcore, stoner rock and thrash, it’s sensory overload and raucously blurs any expectation to obscure each song’s horizon, like trying to distinguish shades of black in the dark. Featuring members of Coliseum, Nameless Cults and Gnarwhal, Yautja is a distinct mutt thankfully not mussed up by defining lines in pedigree. The album’s mostly sold out (according to their Bandcamp, the cassettes and vinyl flew off shelves, and there are exactly three CDs remaining), so if by chance you see music merch, you should probably snag it. If you already did and dug this shock to the system, you should be stoked Yautja has new music coming out in October, a seven-song EP called Songs of Lament. Go crush on this welcome new force in person.
9 p.m. Wednesday, Sept. 16, at Uncle Lou’s Entertainment Hall, $7

El Ten Eleven
"Honestly, when we put a set together, we are focused so much on the technical side of things that emotion is a very distant concern," Kristian Dunn says. "Once we get in front of people, that changes. We've played 'My Only Swerving' so many times, it's hard to get moved by it while in the practice room. But when 700 people go nuts when we play it live, there is a unique emotional component that is otherwise not achievable." Check out our interview with El Ten Eleven.
8 p.m. Thursday, Sept. 17, at the Social, $15-$18

Oliver Heldens
Whether you know the Dutch producer by his straight name or his backward moniker HI-LO, he'll be holding down the deep house with popular dance hits like "Gecko."
10 p.m. Thursday, Sept. 17, at Gilt Nightclub, $25

Jonny Craig
Passionate vocalist Jonny Craig has been heralded as the best part of any act he joins, so his solo work naturally rips with as much ear-catching soul.
7 p.m. Friday, Sept. 18, at Backbooth, $15

Lil Durk
After a bunch of build-up in the form of mixtapes and early Def Jam singles, Englewood rapper Lil Durk finally leapt out with his debut in June, Remember My Name. Jeremih helps slink up Auto-Tuned offerings like “Like Me” to portray that deadly cool confidence that is mostly convincing on this, Lil Durk’s first official album. However, first world problems tame the ferocity of heavier tracks like “What’s Your Life Like,” which stoops to caution online lurkers with a touch too much severity. You can bet his early fans are tryna’ pack into Venue 578, though, to sweat the heat of party track “Tryna’ Tryna.”
8 p.m. Saturday, Sept. 19, at Venue 578, $20-$35

Plastic Pinks
When we caught flamboyant Miami garage-punk band Plastic Pinks back in July at a low-profile show at St. Matthew’s Tavern, it was an eye-popping first impression. Turns out, this encounter was the blinding pass of an underground meteor having a banner year that only seems to be accelerating. After a chain of notable steps like hooking up with garage-punk royalty AJ Davila and releasing on regional boutique labels like Cheap Miami and Atlanta’s Die Slaughterhaus, they most recently released an album (the Davila-produced Sunnyside Rabbits) on tastemaking imprint Burger Records this summer. With music that’s a total party, performances that are pure kinetic rush and a quickly rising star, Plastic Pinks are looking an awful lot like the next Florida breakout. Add in locals like early rock & roll princes the Woolly Bushmen and new Phil Longo band Dumberbunnies and you’ve got a surefire bill. - Bao Le-Huu
9 p.m. Monday, Sept. 21, at Will's Pub, $5-$7

Me Chinese
The freak pop of Me Chinese bounds back to close out the summer with a free show at Olde 64 that also premieres psych weirdos Timothy Eerie as a five-piece band.
8 p.m. Monday, Sept. 21, at Olde 64, free

Lydia
Arizona indie rockers Lydia drop their 2015 release, Run Wild, on Friday, so you'll have time to gauge just how much darker they took the music before they step into the Social's spotlight.
7 p.m. Tuesday, Sept. 22, at the Social, $15