By Alex Galbraith and Graham Jarrett 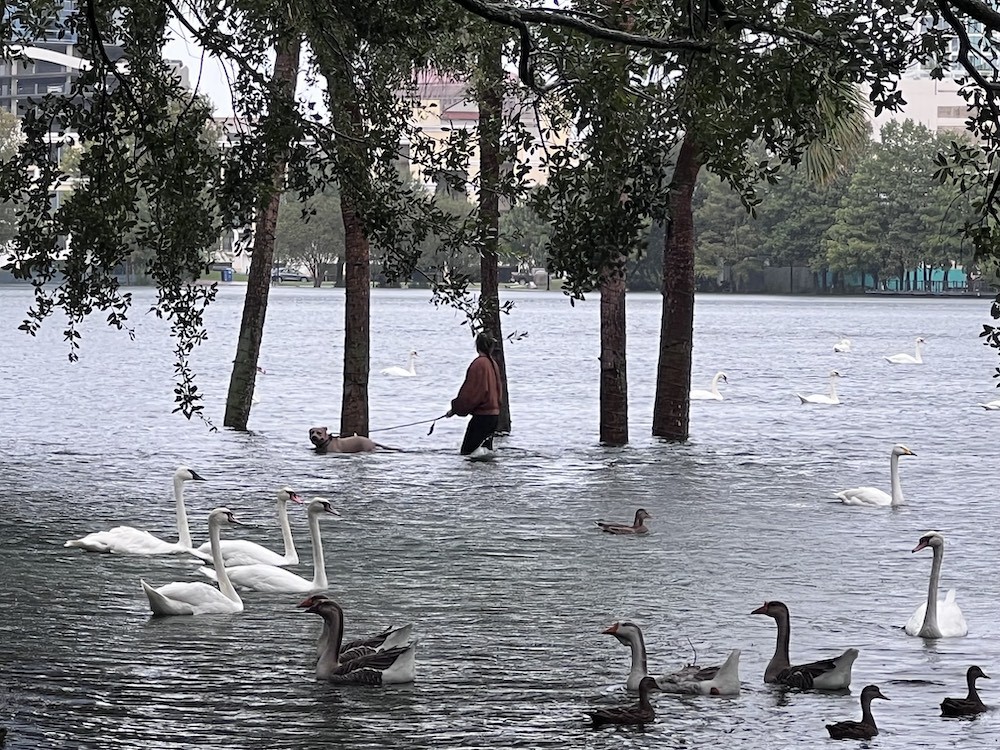 Graham Jarrett
Orlando experienced widespread flooding due to Hurricane Ian. No corner of the metro was spared from the heavy rain and resultant floods and that includes downtown Orlando's iconic central lake.

The swans took to the streets as Lake Eola overtopped its banks. Orlando Weekly publisher Graham Jarrett was on the scene to document the flooding at the city's most famous park. Take a look at the photos below.
Scroll down to view images 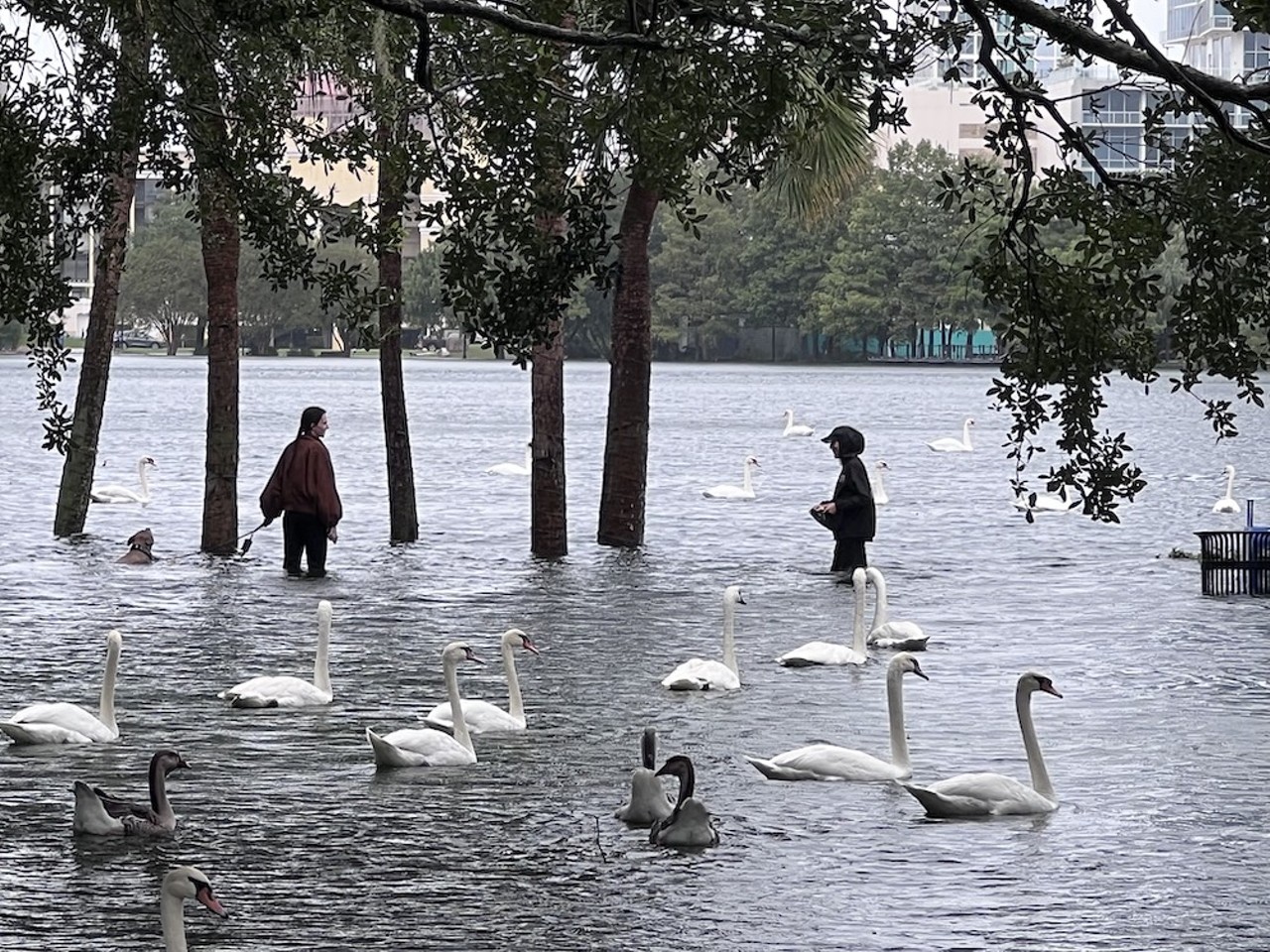 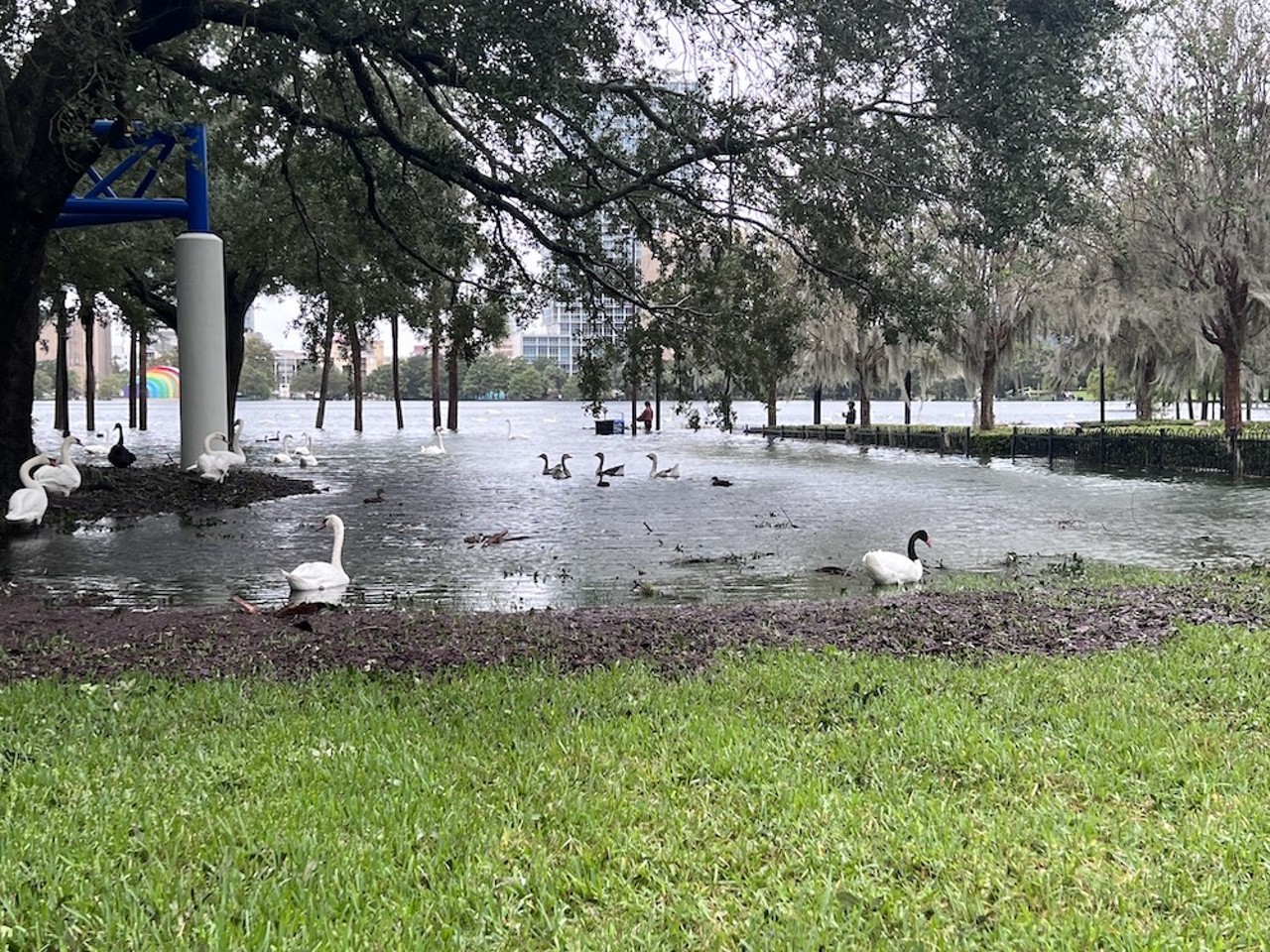 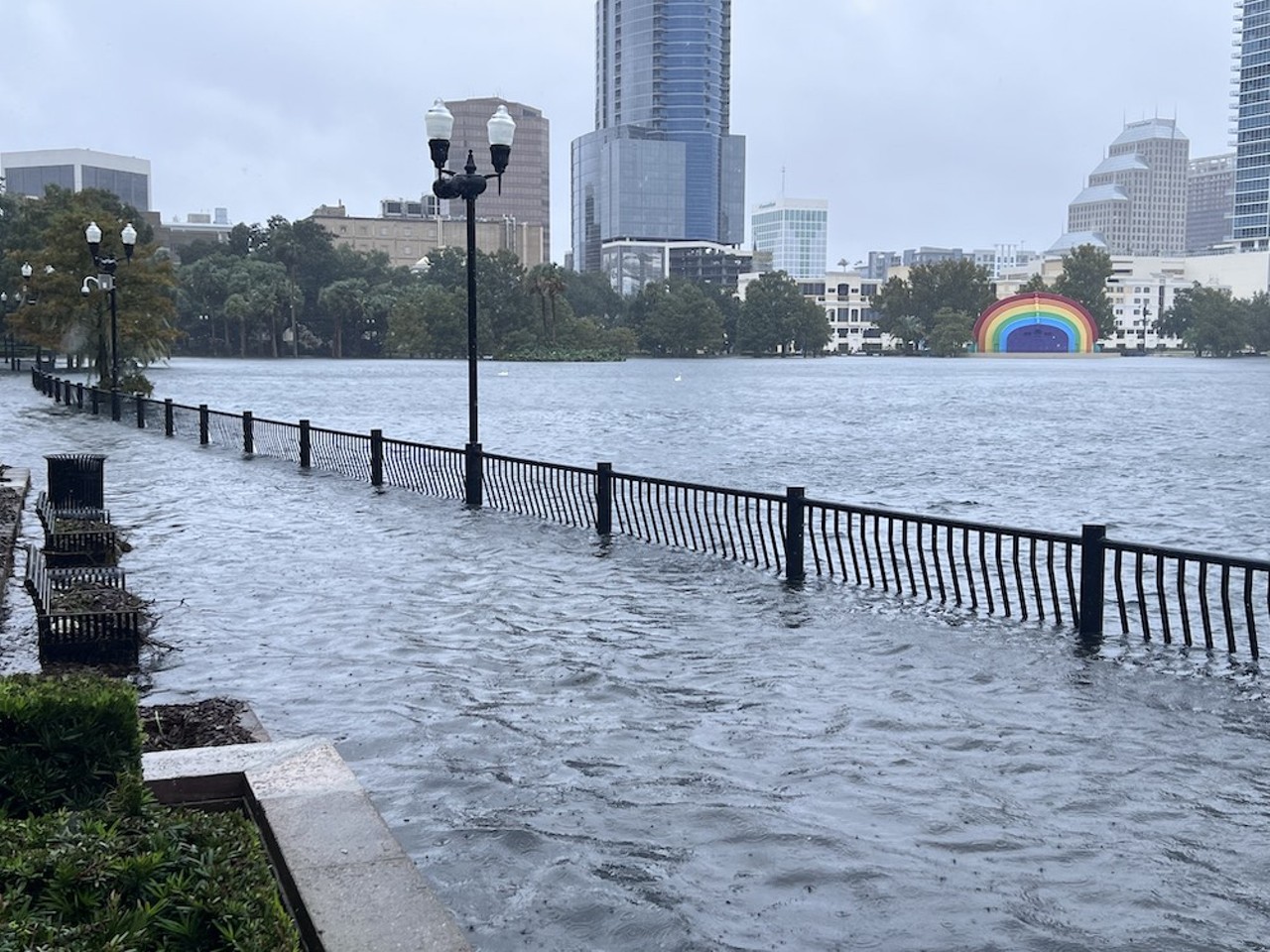 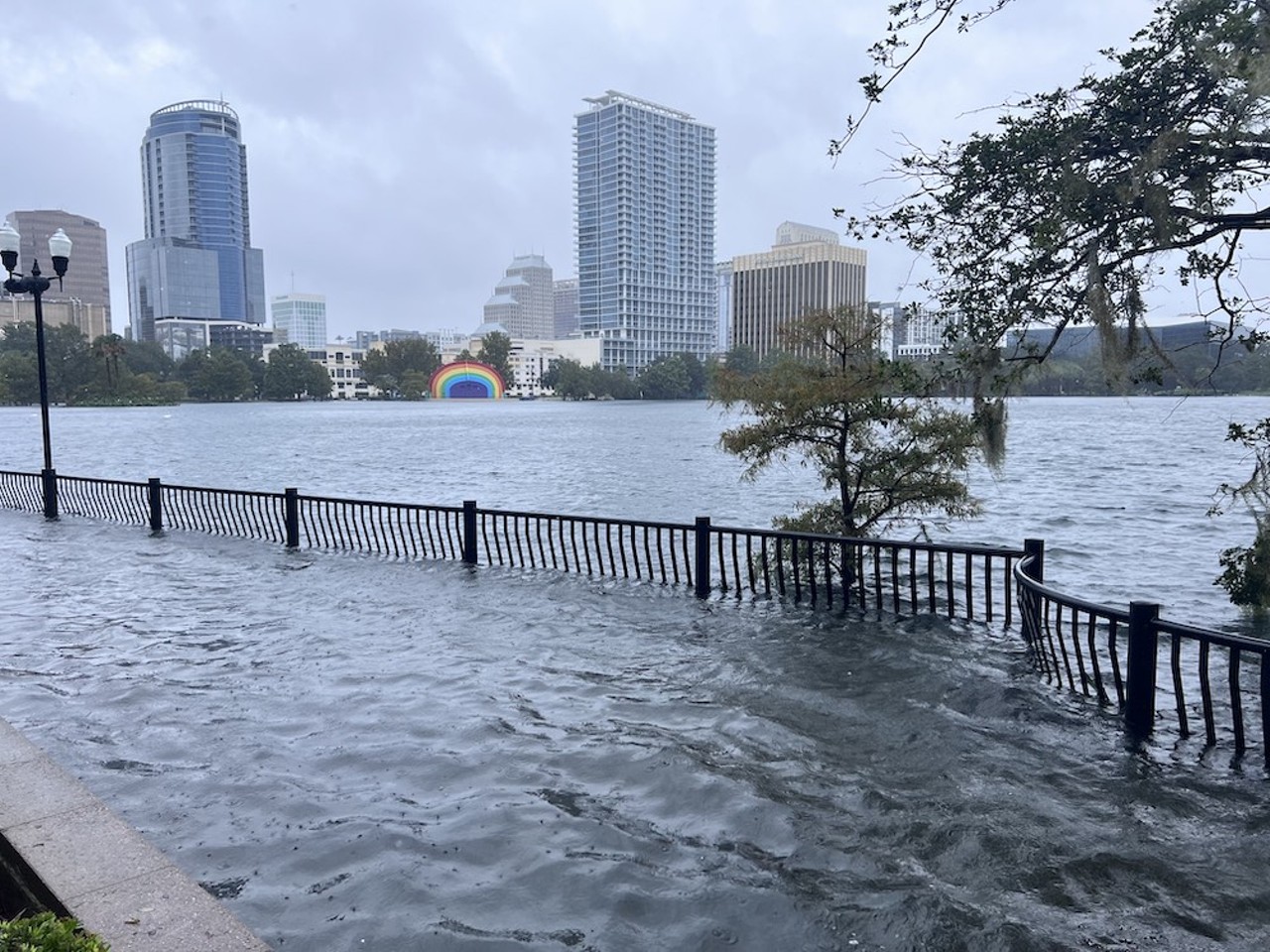 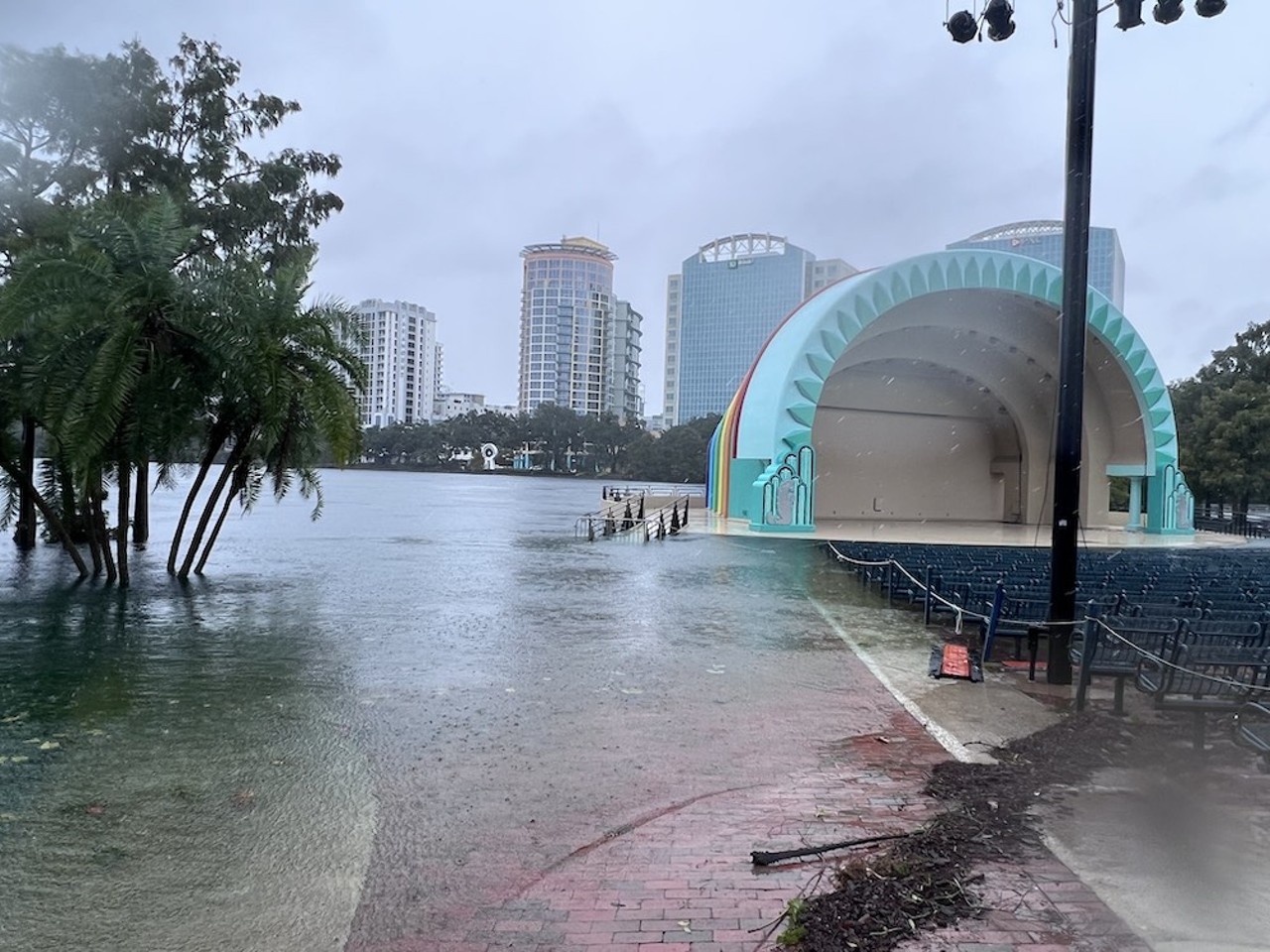 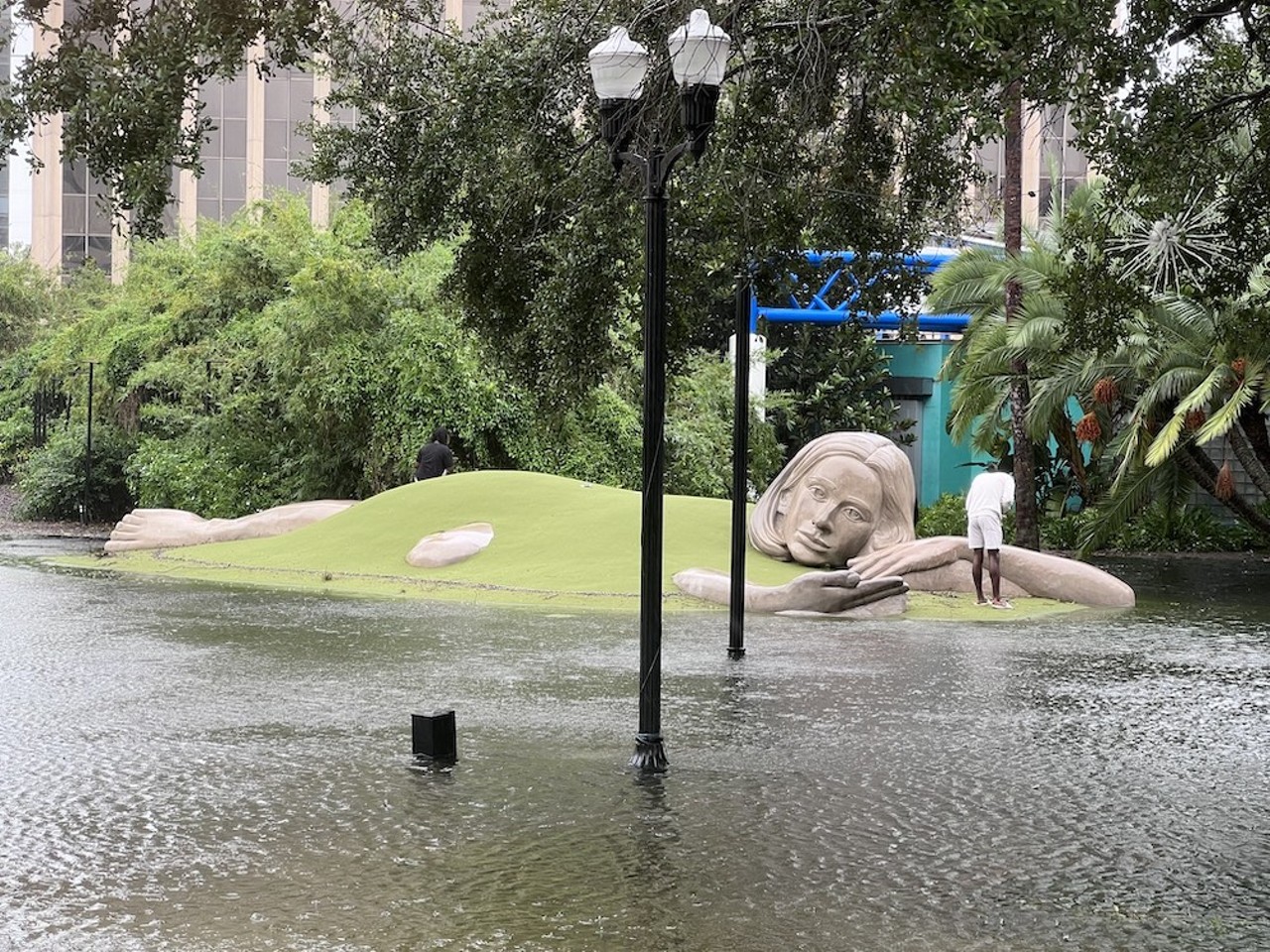 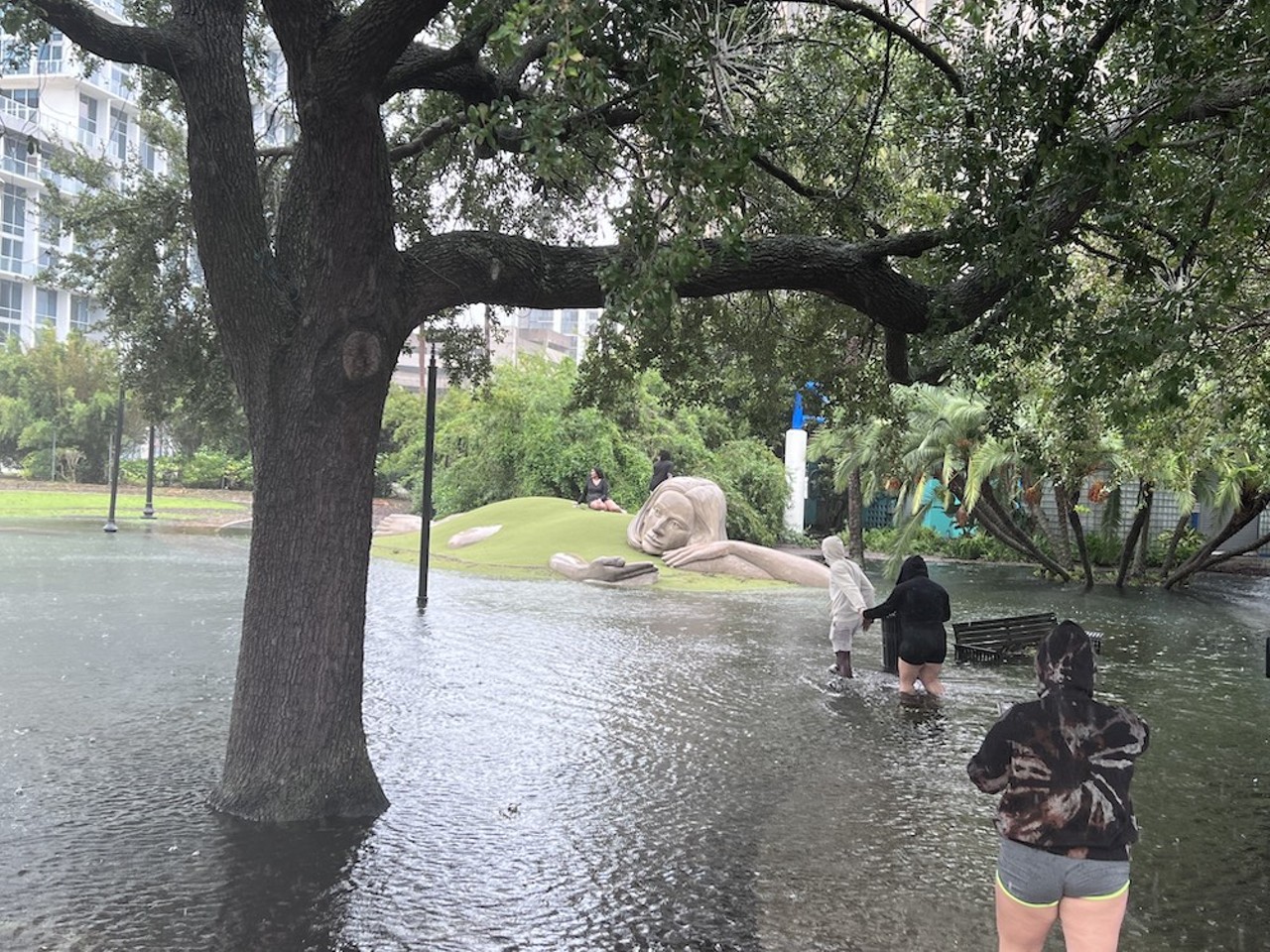 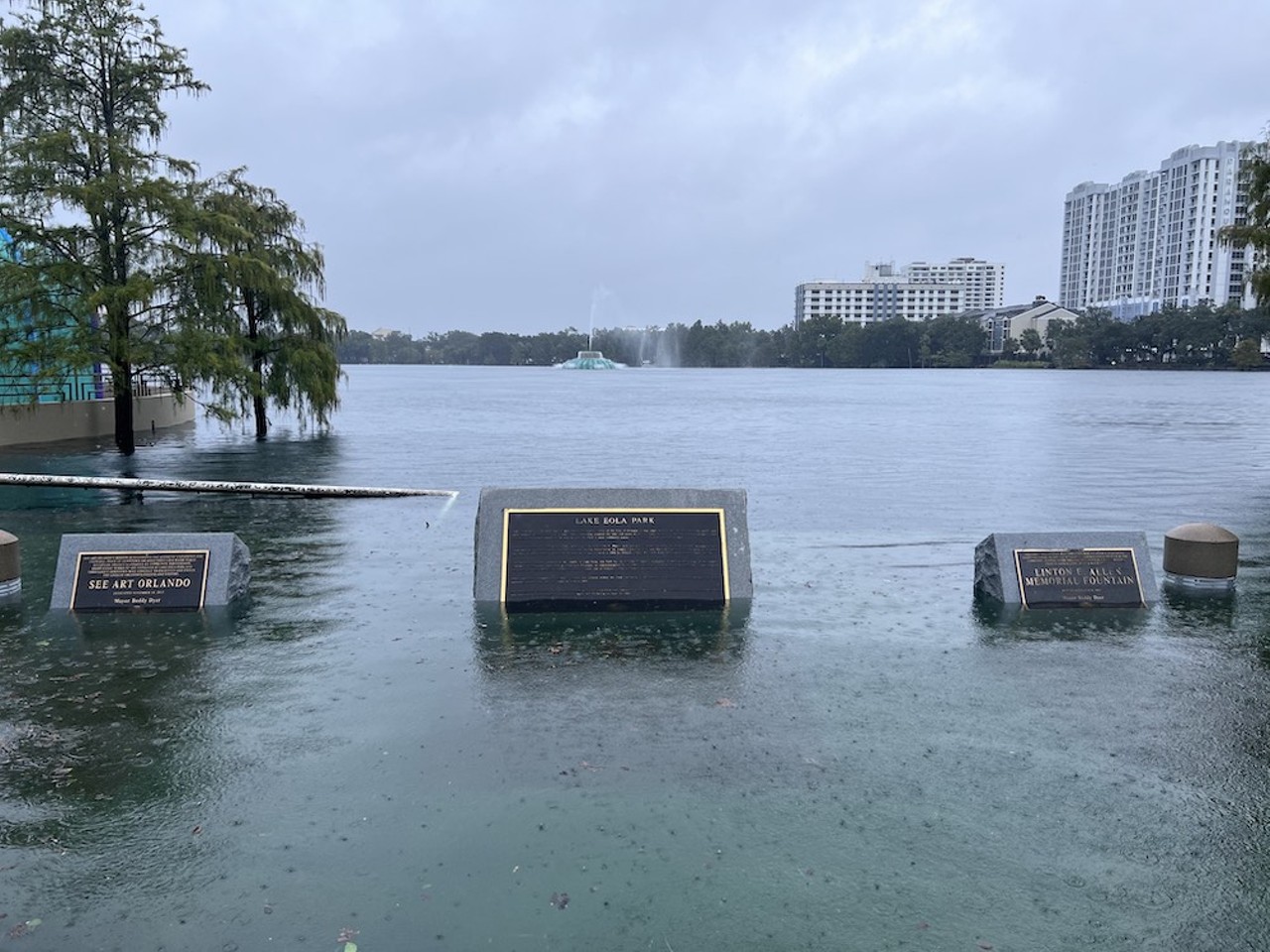