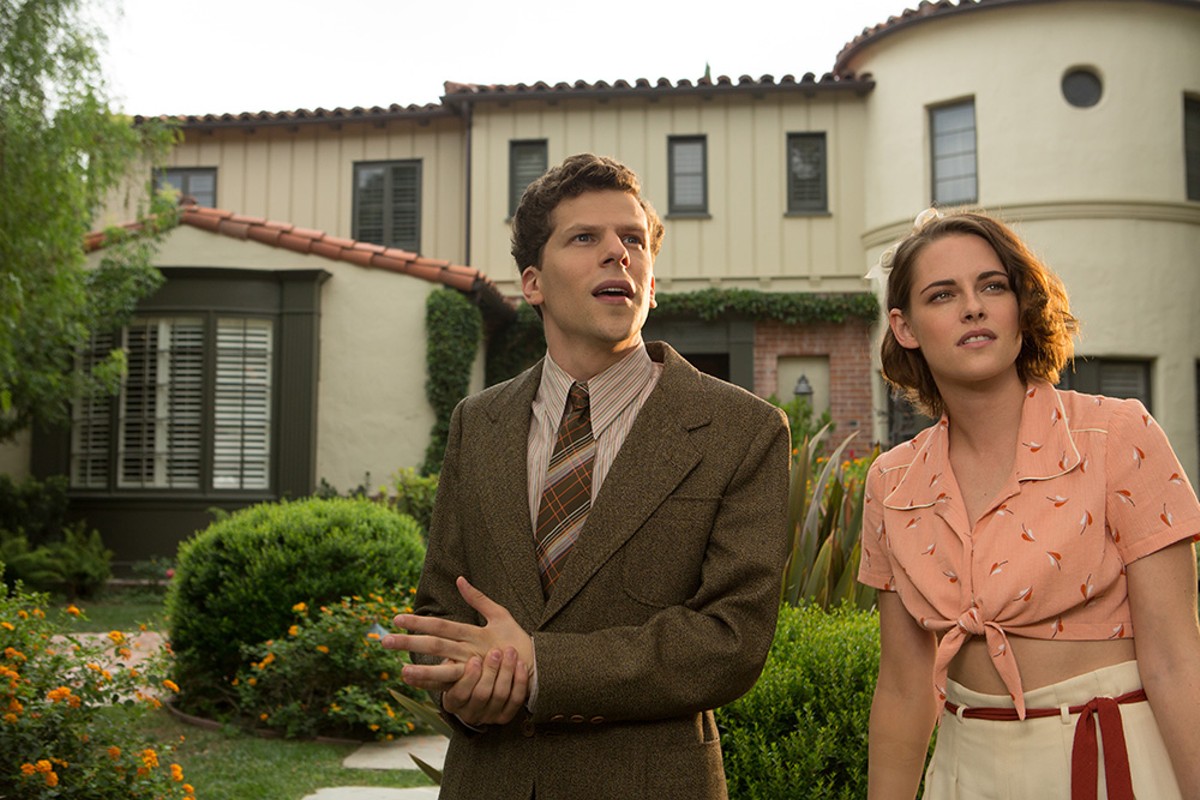 Woody at his worst

There will soon be no more new Woody Allen movies. The familiar Windsor credit font will no longer flicker. We won't hear that wonderful period jazz anymore. And the deliciously intellectual one-liners will be just a memory. It will be painful.

But watching the aging genius struggle with his latest project, Café Society, is painful too. Many of the legendary director's familiar comedic constructs are there, accompanied by the nihilism that has permeated some of his recent work, but it's as if everyone involved is suffering from cinematic amnesia or dementia, unable to remember what made Allen's previous films great. From the stiff performances to the odd narrative structure to the clunky editing to Allen's almost unbearable voice-over, this film fails.

Jesse Eisenberg, fresh off a horrible turn as Lex Luthor in Batman v Superman, isn't much better here as Bobby, a sweet, naive New Yorker fresh to 1930s Hollywood. He's there to seek a change of scenery and career assistance from his uncle (the miscast Steve Carell, who replaced Bruce Willis because of a "scheduling conflict"), a bigwig movie agent. But before he knows it, he's falling head over heels for his uncle's secretary (Kristen Stewart, bland as ever), though she's seriously involved with a married man. It's a pickle, I tell ya.

Elaborating on the complexities of said pickle would spoil the twists more than Allen's script already spoils them, so I'll simply say that the Shakespearean comedic coincidences are never mined successfully and instead appear contrived, clumsy, and both dramatically and comically uninteresting, thanks to the deer-in-the-headlights performances of the three leads and the pointless inclusion of Parker Posey and Blake Lively in supporting roles. And when Bobby returns to New York to help his gangster brother open a nightclub, we are asked to suddenly show interest in a story element that had heretofore been a throwaway subplot.

We tolerated that subplot early in the film because it seemed to exist just to flesh out the familial back story of the protagonist. But when it suddenly becomes the movie's heart and prompts a 180-degree change in Bobby, it stretches credibility. The switch is so abrupt, in fact, that it conjures memories of Eisenberg's dual performances in a much better film, The Double, and splits Café Society into essentially two movies, both of which could be contenders for Allen's worst ever.

You'd think the steady hand – or voice – of Allen might right this sinking ship. But it actually hastens its demise, as his narration is hopelessly stiff and sounds like a recitation of stage directions or spoken excerpts from his own film treatment.

Shot by Vittorio Storaro (Apocalypse Now, Reds), Café Society is Allen's first digital movie, and it looks wonderful. The set direction and costumes are superb too. But all this wonderful mise-en-scène reaffirms the feeling that the film exists only for Allen to show off the old Hollywood he loves and to keep alive his one-film-a-year streak.

"Life is a comedy, written by a sadistic comedy writer," Bobby says. That's an admittedly amusing line and proves that Allen hasn't completely lost his touch. But his latest script is more indicative of incompetence than sadism.