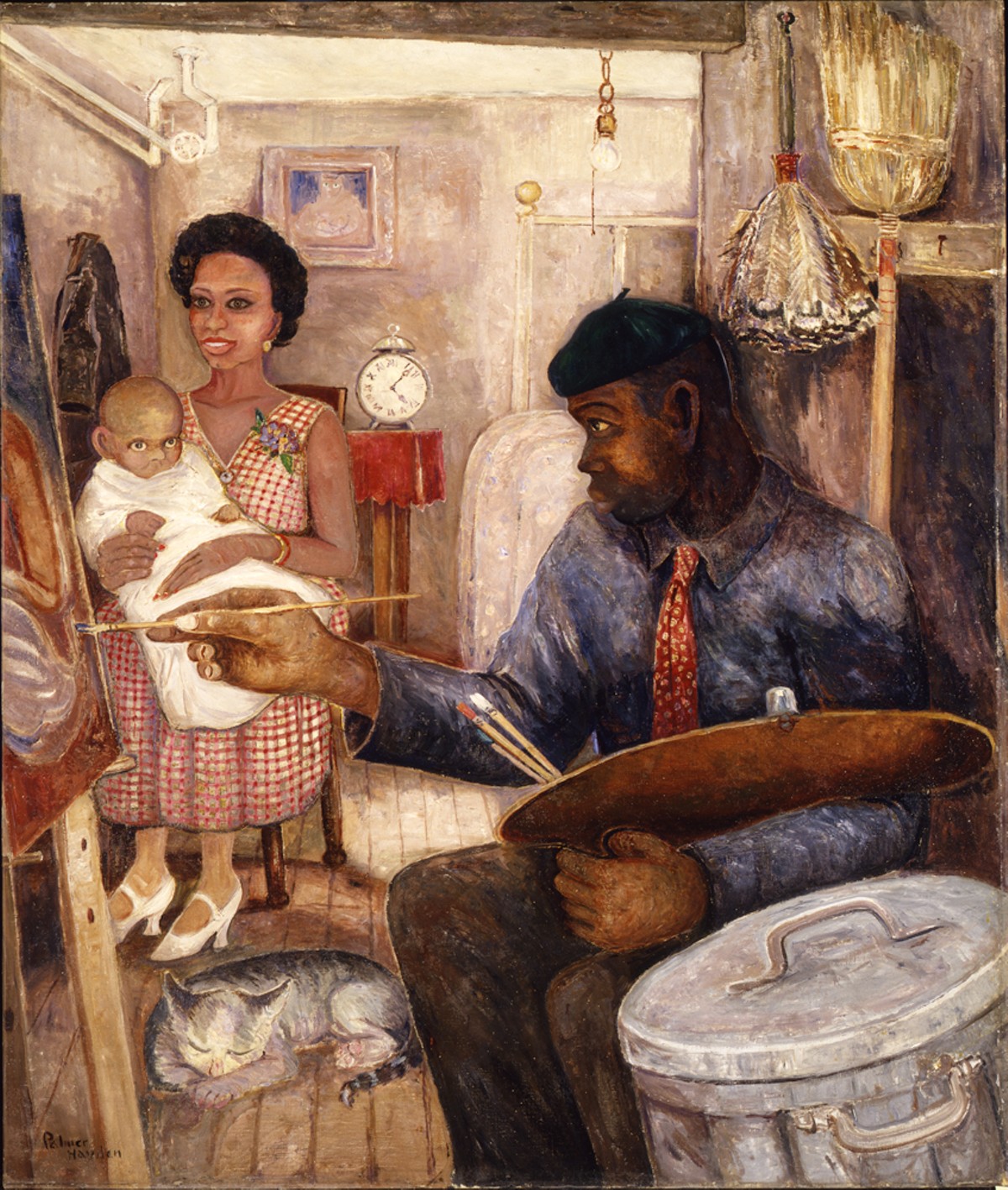 There is no leisure without labor. Much of human history is determined by the push and pull of social segmentation, defining who is responsible for the labor and who gets to spend their life in leisure. Several of the artworks included in two exhibitions opening at the Cornell Fine Arts Museum this week, African American Art of the 20th Century and At Leisure: Images of Repose, sharply elucidate these tensions and aspirations.

The ability to devote significant resources and time toward the production of aesthetic objects and images has, historically, been defined by existing power structures. Artist Palmer Hayden's "The Janitor Who Paints" (ca. 1930), on loan from the Smithsonian Museum of American Art as a part of the exhibition African American Art of the 20th Century, is described by the artist as a "protest painting." The painting was inspired by Hayden's relationship with fellow black artist Cloyd Boykin, who supported himself as a janitor while continuing his practice as a painter.

The image of a black artist working on a painting in his own home must be seen within the context of America's history of forced labor, racial segregation and economic exploitation. (Viewed in a museum in the American South, it becomes especially poignant.) In a quiet subversion of the systems of cultural gatekeeping, Hayden centers the clock on the bedside table and the tungsten glow emanating from a hanging bulb in the composition, pointing to the janitor-artist's sacrifice of rest to pursue his craft; he trades his leisure time for self-directed artistic labor. A broom, feather duster and aluminum trash can representing his daily occupation insistently assert the necessity of sustained toil.

Transitions in economic power find visible expression in many ways, not least of which is trends in aesthetic production. Such a transition is apparent in the subject matter and distribution of artworks during the 17th-century period known to art historians as the Dutch Golden Age of Painting. 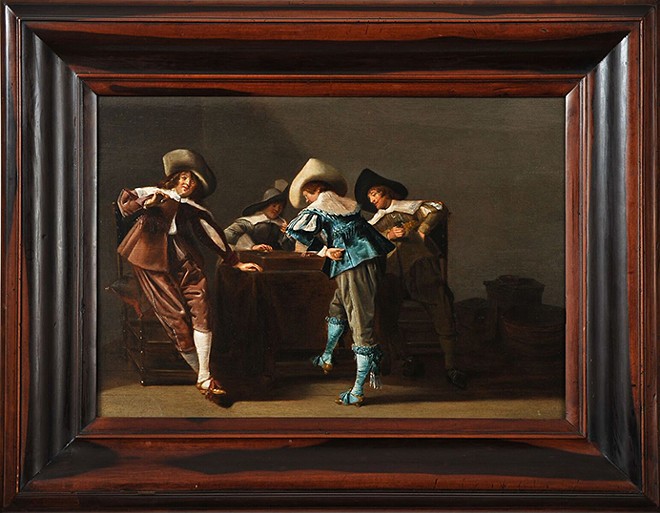 Dirck Hals painted "An Elegant Company Playing a Game of Trictrac in an Interior" in 1650, 10 years after the Dutch West India Company established a significant role in the Atlantic slave trade, contributing to the economic prosperity of the Dutch Republic and the subsequent increased Dutch middle-class appetite for secular art in the form of genre paintings. It's on view at the Cornell Fine Arts Museum as a part of the exhibition At Leisure: Images of Repose, along with Hals' "An Elegant Company Playing Music in an Interior."

True to the genre of so-called "merry company" paintings popular during the time, "Trictrac" (a Dutch version of backgammon) depicts an indoor scene of aspirational bourgeois leisure in academic style. Unlike "The Janitor Who Paints," this depiction of free time does not visibly allude to a moment being carved from the flow of paid labor. While there are some trunks and what could be a wooden washtub in a dark corner, the fine satin and velvet clothing of the players makes it clear they have nothing to do with domestic chores, and the implements are almost lost in shadow.

In form as well as content, these two paintings provide views into the inextricable connections between labor, leisure and the production of art during two disparate historical periods, encouraging side-by-side consideration of the relationships between prosperity and exploitation. It's a comparison worthy of contemplation in this latest economic age, as technology infiltrates – and dominates – both our labor and our leisure.

– This story is from the Sept. 18, 2019, print issue of Orlando Weekly. Stay on top of Central Florida news and views with our weekly Headlines newsletter.

« The artists staging a reading of 'After Orlando,' a collection of 70 short plays about Pulse, hope to provide empathy, comfort and healing   |   Enter the world of Orlando's horror drag queens Black Haüs ... if you dare! »