Our favorite speeches from the first ten years of PechaKucha Orlando

If you thought normal presentations were nerve-wracking, try giving a talk while 20 slides auto-play behind you for 20 seconds each – no pausing and no exceptions. That’s exactly what a PechaKucha presentation entails. Artists, activists, elected officials, scientists and many more – all suddenly public figures sharing private insights in this ideas-based speaking series. The Orlando chapter is hosted and curated by storyteller Eddie Selover, who leads the speakers on a months-long journey to hone their own stories into concise, but incredible, presentations.

Originating in Tokyo in 2003, it's sparked events in over 1,200 cities worldwide. PechaKucha Orlando is celebrating its 10-year anniversary in Orlando this year. We're toasting their decade-long run by recognizing some of our favorite PechaKucha Orlando speeches from the first 10 years. They're not ranked here, but ordered as a mix of some of the stories that make this speaking series so special.

The next Orlando event kicks off the tenth year on Saturday, March 14, with a second in July, and the official 10-year show in October. Take a look and a listen. You'll learn new things and experience a wide range of emotions, all at 20 seconds per slide.

The Power of Dyslexia


March 2018
Local art, light, and technology guru Josh Almeida shared how his dyslexia began as a childhood disability but then became the fuel and source of his creativity.


June 2018
What it’s really like to live as a black man in America, from the inside, this talk turned unexpectedly emotional and got a standing ovation mid-show.


July 2016
Dating your Uber driver might not seem like a great idea, but this young woman found true love when she did—in addition to shocking racial animosity from some unexpected places.

The History That You Feel


July 2016
The final talk of the greatest PechaKucha Night so far, which was held just a few weeks after Pulse. Bob lowered the lights and brought the audience together to show what we have in common, and healing turned into a joyous celebration.

The Awe of Awesome


December 2013
One of the best-loved PechaKuchas ever by comedian Jill Shargaa, where she scoffed at the over-use of the word “awesome” and suggested a few things that actually deserve that word.

Burn Your Life Down!


December 2017
Burning Man, a celebration of art and freedom in the Nevada desert, turned out to be the ideal place for self-reinvention and renewal for this recent divorcee. 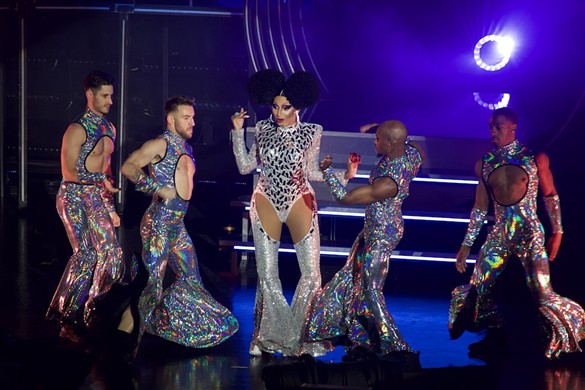