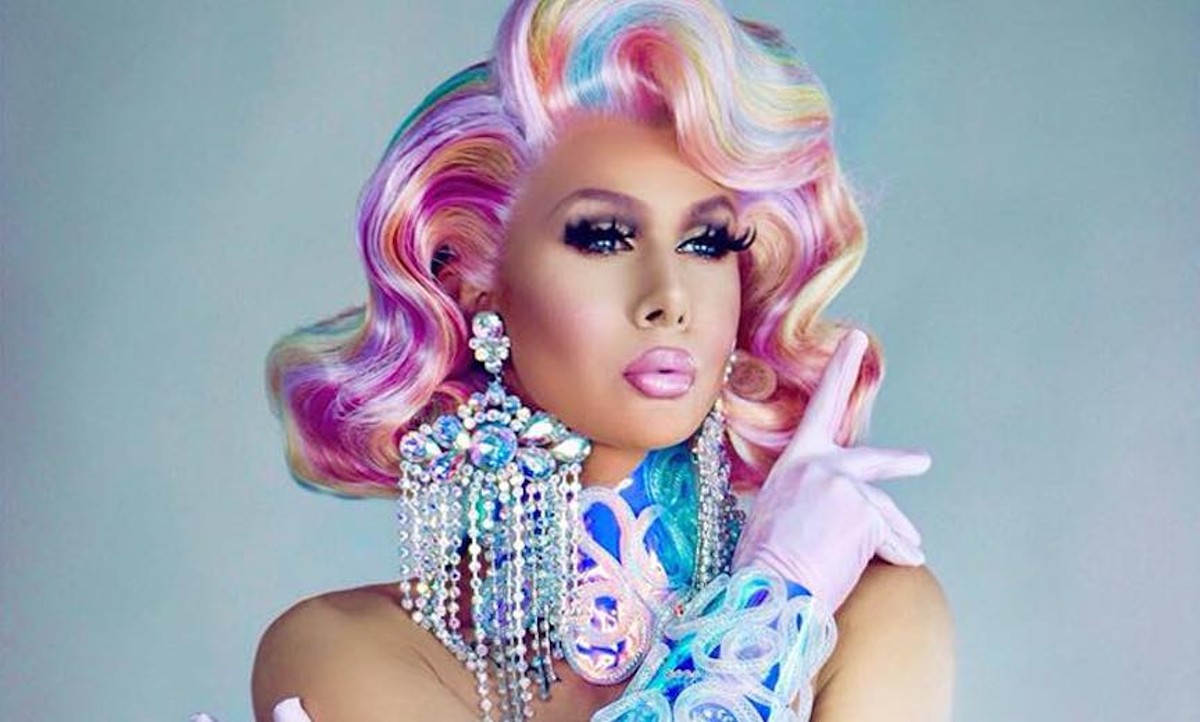 Maybe because John Waters' 1974 film Female Trouble — with its iconic scene of Divine pushing over a Christmas tree on her mother because Santa didn't make with the cha-cha heels she demanded — is one of our favorite Christmas films of all time, drag and the holidays are inextricably linked in our minds. That's why touring showcase A Drag Queen Christmas ticks all of the boxes of essential holiday entertainment for us.

With this much diva energy being gifted to one stage, local devotees of drag excellence have either been very naughty, very nice, or both at the exact same time.

The festive evening promises plenty of musical numbers — holiday and not — sly and raunchy humor, pop smarts and unbelievable outfits up to and including a sexy Grinch. While the whole evening is very self-aware and over-the-top, there's still something really wholesome about a bunch of drag stars teaming up and hitting the road for a modern spin on the holiday revues of days gone by.

By the time Orlando Weekly catches up with Trinity the Tuck for a rapid-fire holiday-themed inquisition, she's been on the road since early November, but seems fully in the holiday spirit still — as befits someone who has their own entry into the Christmas song canon, "Trinity Ruins Christmas." Somewhere, Divine is smiling right now.

Is it surreal touring in 2021 ... and, for that matter, touring during the holidays?

Honestly I've done this tour several times and so it's almost like riding a bike. I do feel like we are all more excited about touring this year because we haven't been touring the past two years, because of COVID. So we are just blessed and thankful to be working again!

What do you most want for Christmas this year?

I just want my friends and family to be healthy and be in a positive mind, because it's just been a struggle the past few years. I don't really need anything monetarily for Christmas.

This year I am giving a pass to people that should be on my naughty list. Things are just starting to get normal again and I am feeling in a great holiday mood!

The girls on the tour have been amazing, so definitely all of them. Also, my dogsitter who has put up with my dogs while I've been gone for a couple of months really deserves to be on the nice list!

Who's most in the Christmas spirit out of your touring group?

Definitely not Brook Lynn, she hates Christmas music. Other than that, we're all feeling very "hoe hoe hoe"!

Do you have any particular favorite memory of spending the holidays when you were young?

Christmas has always been my favorite holiday because of the nostalgia as a kid when my grandparents would make a huge deal out of Christmas! Now that they are not around anymore, it really holds a special place.

What can your fans in Orlando expect when y'all come to town this week?

The fans can expect what all of our fans have gotten this entire tour, which is an amazing show! We have live singers, we have burlesque, we have backup dancers, we have comedy! It's a great show!

You're performing in Orlando the day after Christmas — do you ever get a little bit sad after the holidays or are you usually just relieved that it's all over?

I put my Christmas tree up on Nov. 2 and it won't go down until the beginning of the year, so I get a pretty extended holiday experience. By the time I take down my tree, I am ready to move on!

There's so much happening next year with special projects to be announced as well as a U.K. tour in the fall, among a ton of other stuff. Just keep up with me on all of my social media to find out where I will be. (Instagram: @trinitythetuck)