There's no question that films have the power to influence public opinion. Just ask SeaWorld. The aquatic zoo and theme park is still facing backlash from Gabriela Cowperthwaite's 2013 documentary Blackfish, which raised serious questions about the well-being of captive orcas and their trainers. Despite protests of bias by SeaWorld supporters, the park has since experienced several years of lower attendance numbers. Even among those who didn't see the film, just the public uproar over Blackfish damaged the park's reputation among the public – so much so that the park has announced that it has suspended orca breeding programs and will begin phasing out all live performances using orcas.

The goal of the Global Peace Film Festival, now in its 16th year, is to create more of these cultural conversations in the hope of spurring real-world change. This year's program of documentaries addresses issues in social justice, ecology, health care, cross-cultural understanding, immigration, LGBTQ equality and more.

Those never-ending moral battles don't just play out on the national and international stages, though. There are a few films being screened at this year's festival that tie issues of otherism, social justice and environmentalism back to Central Florida. 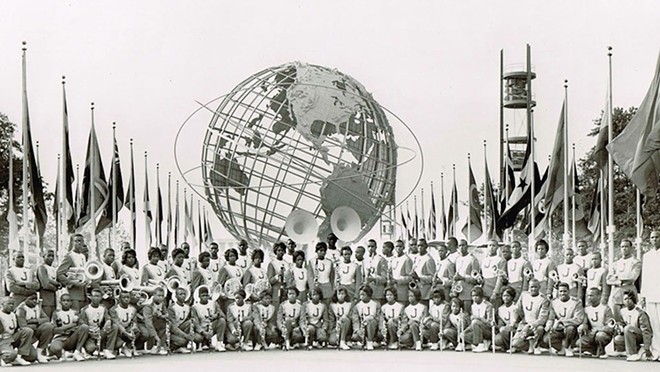 Marching Forward, a product of UCF's Burnett Honors College, tells a story about Orlando during the Civil Rights Era through the lens of the marching bands of Jones and Edgewater high schools. Back in 1964, both schools were selected to represent the state at the Florida pavilion at the World's Fair in New York. It was the last year that schools were segregated by race – officially, anyway.

The film focuses on longtime Jones High School marching band director James "Chief" Wilson, who led the Jones band program for 40 years – minus one semester at Evans High School. Wilson was inspired by his time as a member of Florida A&M's renowned "Fighting 100" marching band, and strived to inspire the same level of showmanship and excellence in his students. It also delves into his relationship with Edgewater High's band director, Delbert Kieffner, a relationship built on professional respect that bridged racial divides.

Marching Forward features plenty of interviews with family and former students of both men, painting a portrait of a time marred by segregation, but never losing sight of the actual lived experiences of specific people. Also, it was heartening to learn that there was reportedly very little controversy over the city government's decision to send both bands to the World's Fair. 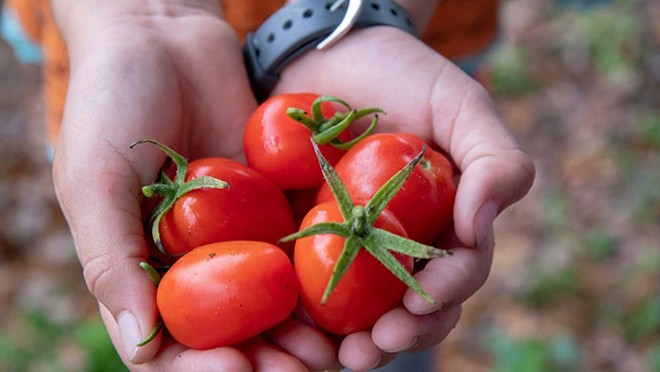 For They Know Not What They Do, directed by Daniel Karslake, is a look at how the fight for LGBT equality has shifted from focusing on gay marriage – in the wake of Obergefell v. Hodges – to trans rights. Karslake, known for his influential 2007 documentary For the Bible Tells Me So, interviews several families of different backgrounds, all of whom have a gay or trans adult child, along with clergy and activists fighting against trans exclusion in religious and public life. Some of the stories are inspiring, and some are terrifying. One of the families interviewed is that of Vico Báez Febo, a young man from Puerto Rico who moved to Florida with his family and was at Pulse with several friends on June 12, 2016, when a gunman went on a rampage and murdered 49 people. Several of Febo's friends never made it out.

Most of this year's screenings are located on the Rollins College campus, in the Bush and SunTrust auditoriums and Tiedtke Concert Hall. But the festival also partners with other locations around the area, including the Winter Park Public Library, Bronze Kingdom and Premiere Cinemas in the Fashion Square Mall, the Center, Mount Dora Plaza Live, and Maitland's Holocaust Memorial Resource and Education Center.

This year marks the 50th anniversary of Woodstock, the upstate New York music festival that is commonly seen as a defining moment in the 1960s anti-Vietnam War youth movement. In partnership with the Downtown Arts District, the Global Peace Film Festival has brought together an exhibition of artwork by Woodstock headliner Jimi Hendrix. Though Hendrix is primarily known as one of the greatest rock guitarists of all time, he was also a gifted visual artist and kept sketchpads with him to work on throughout his travels. Many of Hendrix's visual works utilize a kaleidoscopic array of color and patterns that go hand-in-hand with the psychedelic album art and typography of Jimi Hendrix Experience albums like Are You Experienced. The exhibit opens at 6 p.m. Thursday, Sept. 19, as part of the Downtown Arts District's Third Thursday Gallery Hop, and runs through mid-October.

The Global Peace Film Festival – by no coincidence – occurs around the same time as the International Day of Peace, a day of observance created by the United Nations. For the past six years, the Peace and Justice Institute at Valencia College has also celebrated "Peace Day" with a week of events on its own campus, but this year, the PJI and GPFF are joining up in Winter Park's Central Park for a day of festivities. Peace Day in the Park offers themed activities, presentations about promoting peace, yoga and meditation, games, storytelling, arts and crafts, and live performances. Peace Day in the Park takes place from 9 a.m.-noon Saturday, Sept. 21. At 11 a.m., attendees are invited to gather into a human peace sign for an aerial photograph from a drone. That might be the most peaceful use of a drone we've read about in a while.

Those who can't afford the time or money to attend the in-person screenings on the festival's schedule still have an opportunity to watch some docs. The Global Peace Online Film Festival returns this year with nearly 50 films available to watch on-demand at the festival's website (peacefilmfest.org). While the main programming is comprised entirely of documentaries, the online program includes short narrative films from around the world, alongside short documentaries that cover a variety of topics. Access to the online festival slate is free, and runs through Sunday, Sept. 22.

The Global Peace Film Festival grows a little more every year, winding its way through the community and getting more and more organizations to partner with it. While it's a rare film that has a Blackfish-like effect on real-world issues, the cause of peace is still advanced every year simply through the interactions facilitated through attending, volunteering or otherwise participating in the festival. And although the concept of "global peace" may seem naive or myopic in these complicated and nuanced times, it's still miles better than the alternative.

– This story is from the Sept. 18, 2019, print issue of Orlando Weekly. Stay on top of Central Florida news and views with our weekly Headlines newsletter.

« Official Secrets is a timely retelling of whistleblowing in a post-9/11 world   |   'Downton Abbey' cinematic adaptation is merely ... acceptable »