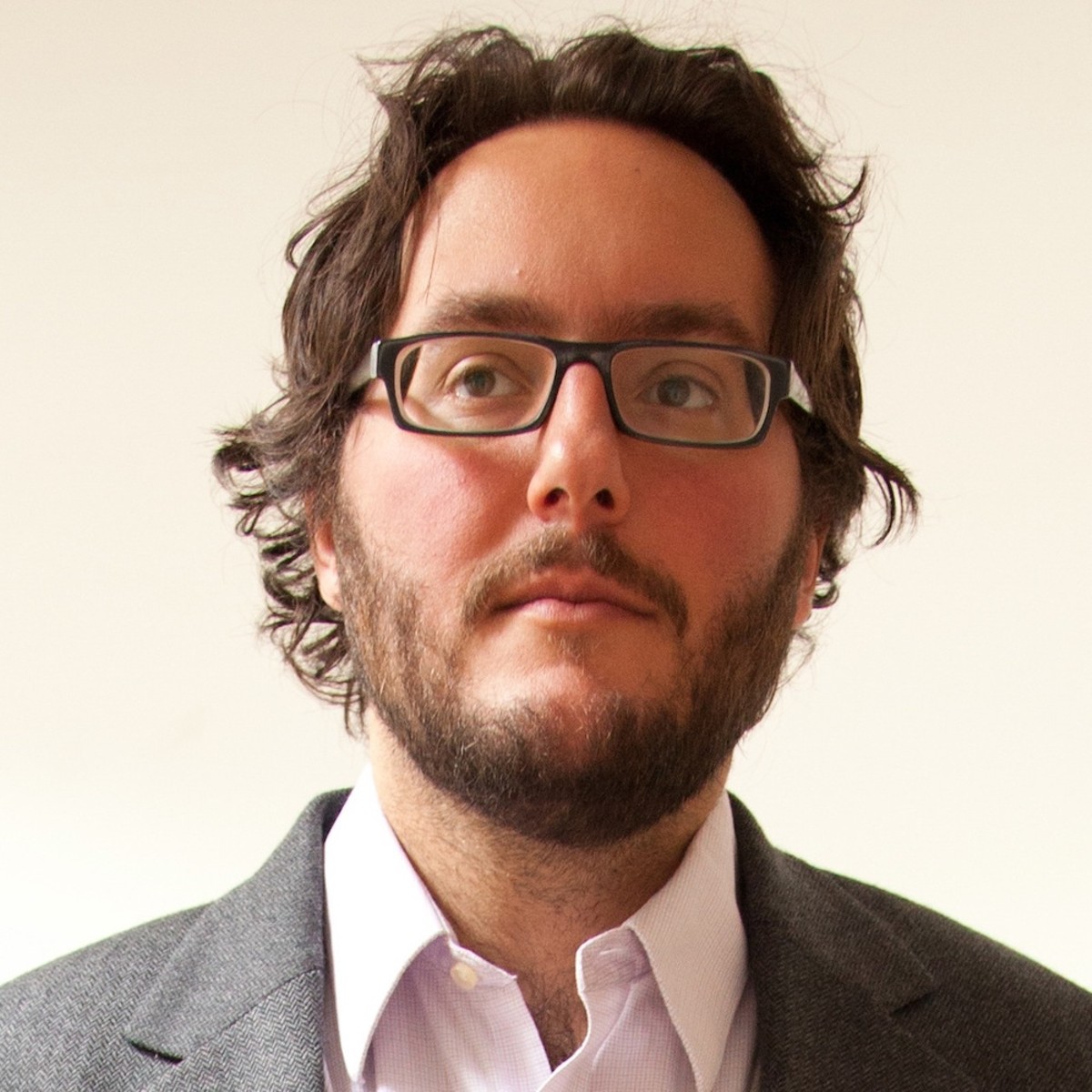 The contemporary composer lives on. Or, rather, refuses to vanish in the world of classical music as an institution that usually needs to prioritize standard repertoire (read: the music of dead composers) to stay afloat. There is a camp of composers who are re-evaluating their role, aiming for stylistic freedom and favoring collaboration between composers and performers, and they have engendered post-genre fusions that defy categorization.

It's the "post-classical" scene, and New York composer Judd Greenstein, a co-founder and co-artistic director of the genre-bending label New Amsterdam Records, belongs to that clique. But his role as a composer and curator of new music feels more like that of an anxious observer who stands way out on the periphery of musical academia and much closer to the hard-stomping grounds of the common people, itching to get his hands in on the action.

"You can't talk about a composer's role in isolation from the infrastructure he inhabits," Greenstein says. For him, this entails taking on the role of a public figure, using a position of privilege – many would say it is a privilege to have one's music performed by an orchestra these days – to foster a constructive dialogue around diversity, openness and communication. "The role of artists or anyone else has to be part of the narrative that extends beyond the technical function they serve."

And this is precisely what Greenstein is doing this week in town, on his first post-Disney-with-the-family trip to Orlando: He's working with Eric Jacobsen and the Orlando Philharmonic to oversee rehearsals and smooth out his new Flute Concerto, which will feature principal flute Colleen Blagov as soloist. It was co-commissioned by the chamber orchestra the Knights, the Orlando Phil and the Naumburg Foundation.

Monday night's performance of the concerto at the Plaza Live – only its second airing ever – follows the world premiere in New York City last summer, in which Jacobsen led the Knights in an outdoor setting at Central Park's Naumburg Bandshell. Originally written for Greenstein's longtime friend flutist Alex Sopp, the concerto was planned as a vehicle for the principal flutist of any performing ensemble to step out among colleagues, without the need to bring in an outsider as soloist. For his first effort in the genre, the composer decided to take advantage of a traditional fast-slow-fast form, with a cadenza in the end. The structure is cast into three uninterrupted movements.

Greenstein considers Monday's performance an opportunity for the piece to come out to a broader community outside his immediate circle of friends and collaborators in New York. "It's about opening up the classical music tradition to a diversity of music and people," he says.

The collaboration between the Orlando Phil, Jacobsen, Blagov and Greenstein allows for slight tweaks in the score. With the presence of the composer, Jacobsen and Blagov can make performance decisions that reflect the taste and interests of the musicians, and what Greenstein hears in the theater. This might entail, for instance, amplifying the solo flute (as it was in New York). "That's part of how a piece becomes perfected," he says. "It's not just what's on the page but also what the performance practice becomes around it."

This view of music as a living thing is one New Amsterdam artists embrace. The roster of artists includes yMusic, Roomful of Teeth and NOW Ensemble, for which Greenstein has composed. Besides appealing to curious listeners who stand on the fence between experimental indie music and the less bombastic classical music of post-minimalistic trailblazers, NewAm affiliates have taken the post-classical scene from the concert hall to the rock club; from the hallowed tradition of the score as relic served on a silver platter by a secluded and idealized purveyor of music for all posterity, to the immersive here and now, in which the composer is a partner in crime of music in the making. With a living composer at hand, Monday's performance at the hybrid Plaza Live should follow this ethos.

"The classical tradition has often been one that treats other music as things that can influence it but not be part of its real DNA," says Greenstein. "You can find resistance from music schools, critics or gatekeepers in the musical establishment if your music doesn't conform to a certain set of preconceived notions of what's acceptable."

But Greenstein's music is surprisingly refreshing and inviting, in spite of this sensibility to do away with preconceived notions. While many contemporary composers explore and exploit the possibilities of harmony in a way that flouts the legacy of Western music, Greenstein's language is still largely triadic. This diatonic foundation (major or minor scales) results in poignant chord progressions carried by the repetition of swirling figures, which is the case of the Flute Concerto.

Still, the harmony belies the complex rhythm that propels the music. Growing up in a city as multicultural as New York, Greenstein was influenced by hip-hop, Puerto Rican music and much in between. He brings different pulses and rhythmic grooves to the composition process. Although the influences may not always be perceptible, they form his backbone as a composer in the same way, he says, as his formal training in counterpoint does.

And so lives on the composer: The ground is fertile for a Greenwich Village kid of 15 turned pianist, composer, new-music curator and label entrepreneur, who started out by messing around with hip-hop beats and geeking out at the local library over scores by 20th-century mavericks like Stravinsky, Bartók and Carter. But all that is now in the past; the present lives in each performance of his music, and that's what matters.

« The enigmatic Gost summons the dark spirit of synthwave in Orlando   |   Witches come in threes, and L.A. Witch is no exception »