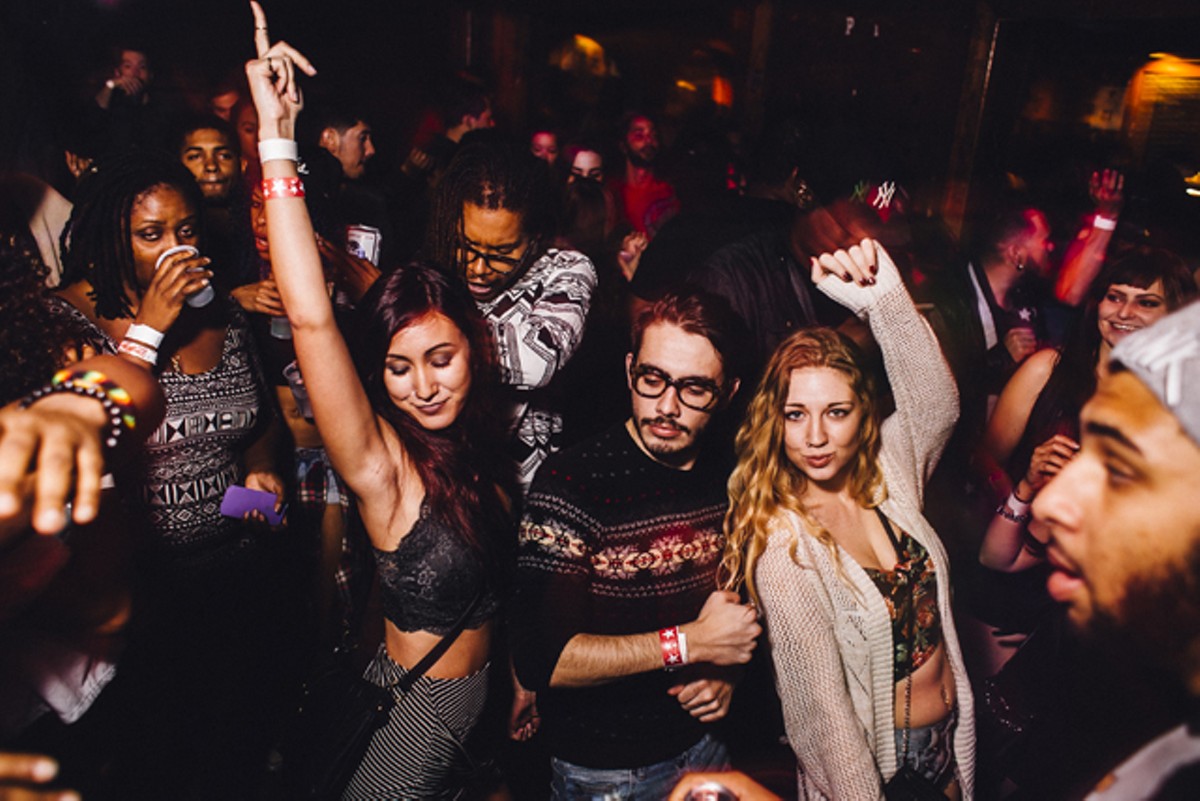 Beat Poverty
Multiple Me, Beemo, David & Olivia, and Paul Smith (amongst others) all lend their musical talents to this benefit show for the nonprofit Whole Planet Foundation's microlending initiatives.
6 p.m. Wednesday, March 30, at Tin Roof, free

Arouna Diarra
West African folk musician and griot is a virtuoso of the kamel n'goni – similar to a harp – and will be playing a rare Florida show opening for Rising Appalalchia.
7 p.m. Thursday, March 30, at the Social, $20-$23

E-Turn
Dynamic and much buzzed-about local MC showcases her deft rhymes and delivery as part of a stacked gaming and live music event dubbed "Mat Mania: The Revenge."
7 p.m. Friday, March 31, at the Social, $15-$40

Glue
We had to doublecheck just to make sure this wasn't an incredibly cruel April Fool's gag; but it's all true, Austin hardcore all-stars Glue will indeed be plying their thoroughly freaked-out and intense music at Will's.
8 p.m. Saturday, April 1, at Will's Pub, $10-$12

Shake N Bass
Club night becomes a Wrestlemania wrap-up party with UFC fighter-turned-wrestler Matt Riddle holding court and a promised array of stars from Evolve and Shine. The surreality of this event pleases us greatly.
10 p.m. Sunday, April 2, at Backbooth, $12-$25

David Dondero
Singer/songwriter Dondero was seriously proclaimed one of the "best living songwriters" by NPR's All Songs Considered; here's your chance to see him very up close and personal.
8 p.m. Monday, April 3, Gallery Space Called Home, $5