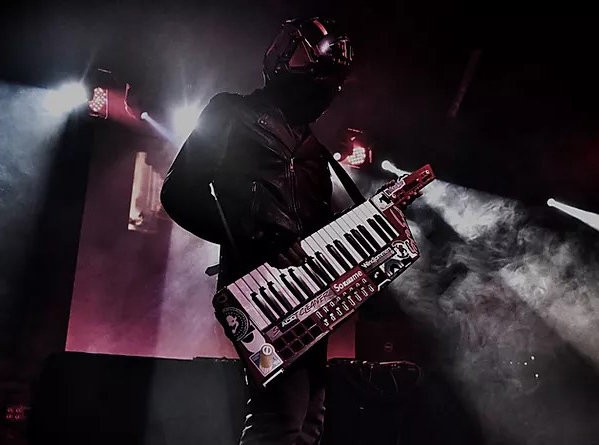 Be a mensch and mask up if you go out.

Street Cleaner, Watch Out for Snakes, Moondragon, Pressure Kitten: By definition, all synthwave evokes 1980s cinema. But few acts make it come to life like San Diego's Street Cleaner, who isn't content to simply conjure the soundtracks; rather, he performs live in full costume like an early Mad Max character to personally embody the era's iconography. Set that stage presence to high-action music of sweeping grandeur and you've got a proper spectacle. Completing the bill will be Atlanta chiptune synthwaver Watch Out for Snakes, Orlando acts Moondragon and Pressure Kitten, and Tampa's DJ Veine. (8 p.m. Friday, Dec. 3, Will's Pub, $15)

Fotocrime, Fool's Ghost: This intriguing bill is an alternate look at some certified stars from Louisville's heavy-music underground. Headliner Fotocrime is the electronic turn of Ryan Patterson, the frontman of accomplished band Coliseum. In this vehicle, Patterson has traded in the progressive punk tendencies of his prior band for a synth-draped darkwave sound. And one half of Fool's Ghost is Nick Thieneman of excellent heavy rockers Young Widows. In Fool's Ghost, he and wife Amber strip away the thick rock vestments and go all in on pure atmosphere with their forlorn mood music. All told, it'll be a deep dive into the inner souls of some very notable heavy-music names. (8 p.m. Sunday, Dec. 5, Will's Pub, $13-$15)