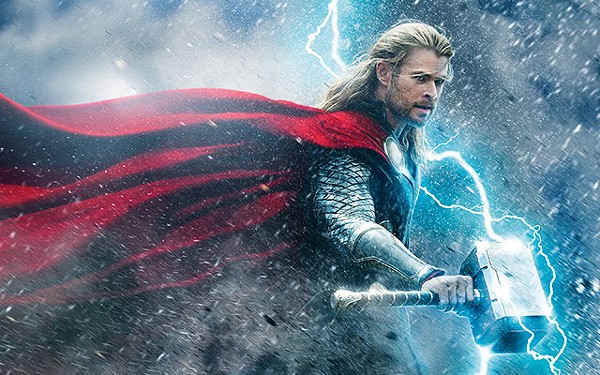 Thor: The Dark World It’s time for Marvel/Disney to start rethinking what they consider their “off-season” brands. There was a time when characters like Thor and Captain America were deemed ill-equipped to compete for summer or Christmastime dollars, relegating them to comparatively safer release windows like spring … and, in the case of this second solo outing for the God of Thunder, three weeks before the latest round in the Hunger Games is expected to gobble up all the Thanksgiving box office. It’s probably also a sign of modest ambitions that The Dark World doesn’t feature a single new high-profile character/casting coup, meaning that the biggest curiosity point here is going to be watching Natalie Portman act out her frustration that she didn’t get to be in The Avengers while Iron Man’s girlfriend did. But the reaction to Iron Man 3 and the Agents of Shield TV series has shown us that New York did indeed change everything. Could a simple ’nother Thor movie be a bigger Fandango bonanza than even the Mouse House anticipates? I wouldn’t be surprised, so I’ll go out on a limb here and predict that, by the end of next summer, Captain America: The Winter Soldier will still be the top-grossing movie of 2014. Bet against me, commie. (PG-13) – Steve Schneider

12 Years a Slave Imperfect but necessary, Steve McQueen’s film chronicles how a free black man (Chiwetel Ejiofor) is fooled by white men into traveling from New York to Washington D.C., where he is then kidnapped and sold into slavery. The character becomes a dehumanized witness to, and unwilling participant in, the extreme violence and bone-numbing physicality of slave culture, but through all the madness, he clings to his dignity. It’s an excruciating tale that gives us plenty of emotion and pain and anguish, if little ambiguity or depth. (R) – Jeff Meyers

The Counselor Cormac McCarthy and Ridley Scott collaborate on something like a morality tale: the story of a man of law who chooses to involve himself in a lucrative drug deal that goes wrong. Javier Bardem and Brad Pitt are affable standouts among a colorful cast of reprobates, but as McCarthy stories go, this one feels inconsequential. There is too much to doubt – namely, its female characters, led by a cartoonish Cameron Diaz as a villainess who’s too close to Cruella de Vil for comfort. (R) – Alyssa Pelish