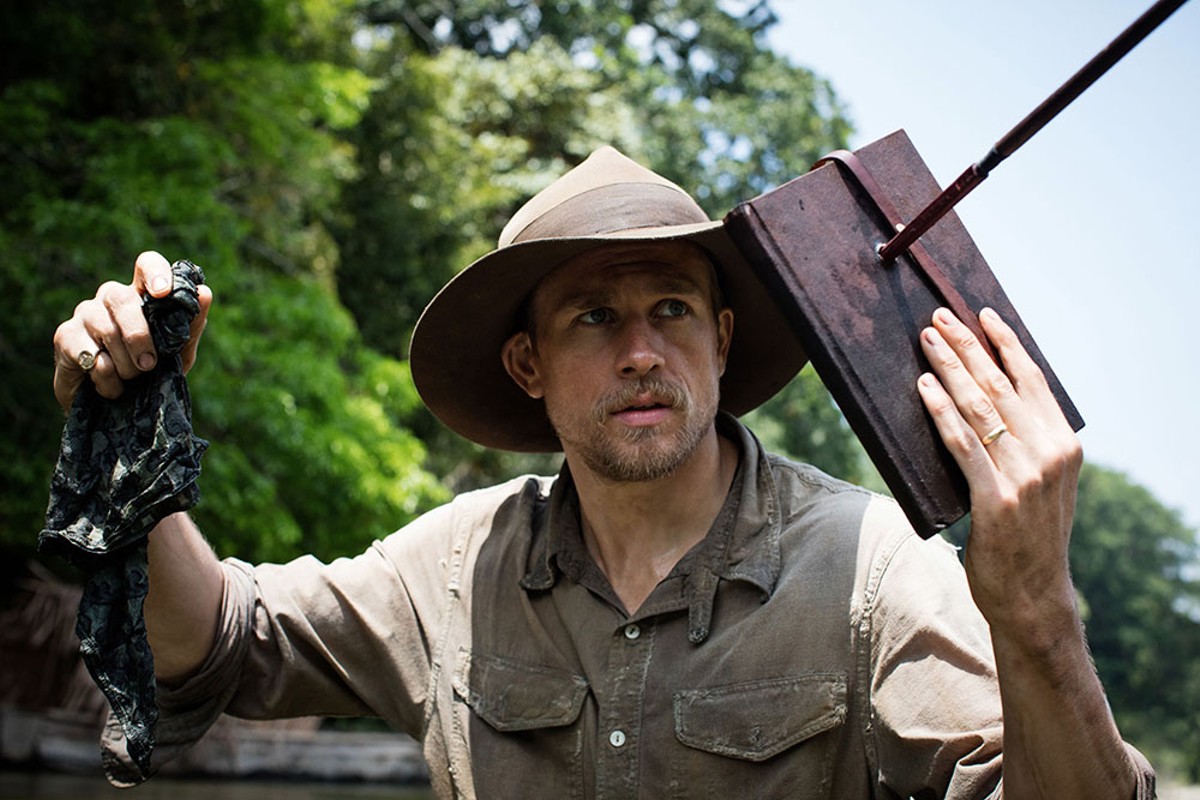 The Lost City of Z

Opening in Orlando: The Lost City of Z, Born in China, Free Fire and more

Born in China The World Wildlife Fund is one of the charitable beneficiaries of this DisneyNature documentary that probes the family lives of three animal species: the panda, the golden monkey and the snow leopard. It's narrated by John Krasinski, who could probably use a GoFundMe of his own at this point. Wonder what he looks like in a panda suit? (G)

The Lost City of Z Charlie Hunnam plays the one and only Percy Fawcett – no, not the Lightning Thief, but the real-life explorer whose search for a vanished civilization in the Amazon culminated in his disappearance in 1925. This film dramatization of his quest currently stands at 90 percent on Rotten Tomatoes ... and 100 percent on National Geographic! (PG-13)

Phoenix Forgotten The second film in two years to concern the Phoenix Lights, a mass UFO sighting – or was it? – that took place in 1997. Like 2015's The Phoenix Incident, this new movie concerns locals who allegedly went missing in the aftermath of the event – in this case three teenagers. Hey, Martians: If you want to prove you come in peace with good will toward man, you gotta take a lot more than three of our kids. (PG-13)

The Promise Hot on the heels of last month's The Ottoman Lieutenant comes another romantic movie set against the backdrop of the Ottoman Empire. (Is there an algorithm somewhere that's discerned a hidden market for this?) Christian Bale, Oscar Isaac and Charlotte LeBon form a romantic triangle as the empire falls apart and an Ottoman becomes just something else to put your feet up on. An initial flurry of IMDb ratings were judged to be fakes by people who hadn't even seen the movie but wanted to deny the Armenian Genocide. Meanwhile, Oscar Isaac is getting more attention for yet another hoax: a fake trailer for an Addams Family reboot in which he was to star with Eva Green. How many bogus accounts do I have to create to make that happen? (PG-13)

Unforgettable Speaking of ironic titles, remember Katherine Heigl? Apparently, there are still some people who will agree to work with her, because here she is playing a crazed divorcee who isn't about to let her ex-husband settle down with second wife Rosario Dawson. Filmmaker Denise Dinovi is marking her first time in the director's chair after a long and storied career as the producer of four classic Tim Burton movies and many chick flicks that you might recognize from their posters, most of which show a young couple viewed from the side and with their faces uncomfortably close. Closer than most people want to get to Katherine Heigl nowadays, that's for sure. (R)

Altitude Savor these names: Denise Richards, Jonathan Lipnicki, Dolph Lundgren. It's like, I'll get the keys, right? Richards plays an FBI agent who gets caught between warring criminals while on a commercial flight. Which, these days, is just about the best you can hope for. (R)

The Outcasts A bunch of teenage losers try to upend the social order of their school and get revenge on the class bitch. A very limited theatrical release and simultaneous VOD = looks like the bitch won! (PG-13)

« Opening this week: Frantz, 77 Minutes, The Fate of the Furious and more   |   Opening in Orlando: The Circle, How to Be a Latin Lover, Sleight and more »