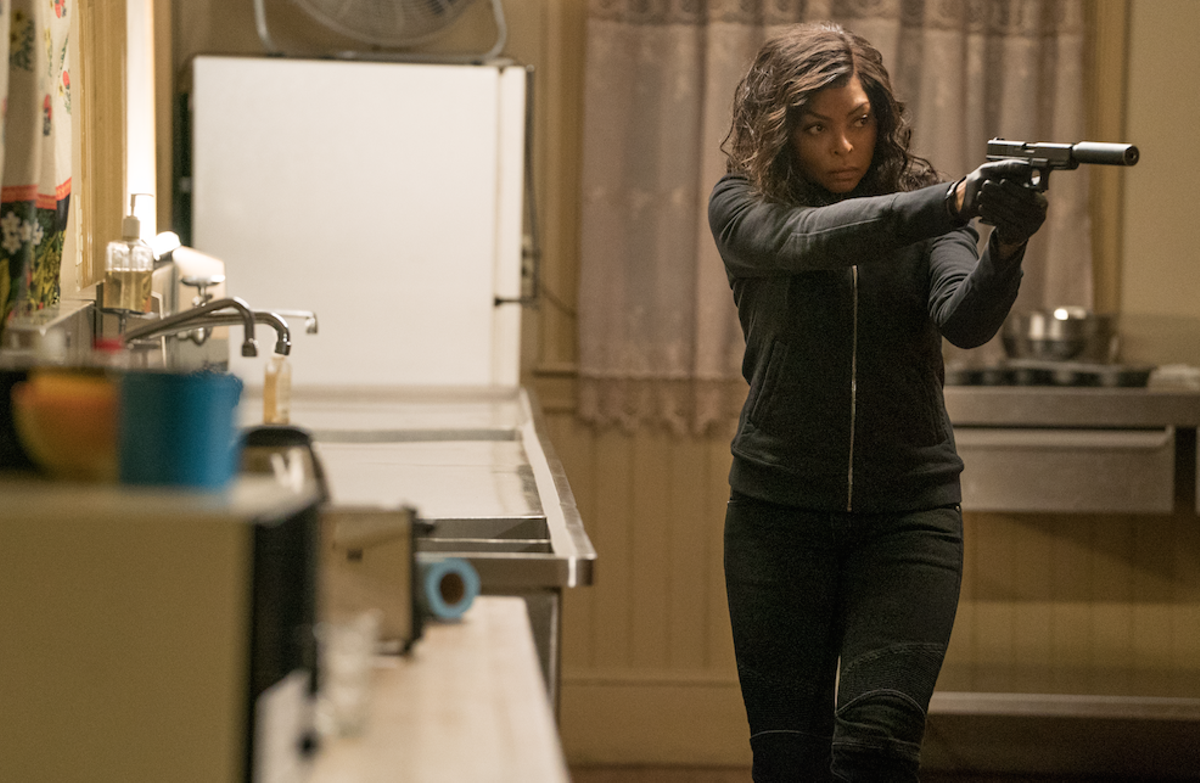 OPENING: Proud Mary One year after the success of Hidden Figures, Taraji P. Henson returns to the screen as a Boston hit lady who becomes the motherly protector to a young boy. So she's now squarely in the tradition of avenging cinematic soul sistas like Pam Grier and ... Gena Rowlands? (R)

Saturday Church Musical production numbers provide an extra point of interest for this dramatic profile of a young teen exploring his gender identity on the famous Christopher Street in the West Village. Funny: A dude tried to pick me up there once while I was buying cigarettes, but I didn't get a song out of him. I mean, he didn't even hum. Must I always pull the slackers? (NR)

The Commuter It would be easy to dismiss this winter suspense flick as merely the latest pairing of Liam Neeson with director Jaume Colett-Serra, his regular collaborator on every flick that doesn't have the word "taken" in the title. But damn, there's no denying that gasp-worthy moment in the trailer in which a mysterious voice on the phone tries to manipulate train rider Neeson by having an innocent bystander pushed into traffic right outside his window. The idea is to force him to rat out a fellow passenger who's wanted for unknown reasons, and a promised $100,000 is meant to sweeten the bargain. Hey, you know what? Proving you can order murder on demand is just about all the convincing I need. I'd be giving up everybody on the 5 p.m. SunRail to Sanford, and maybe the names of my last three Uber drivers to seal the deal. (PG-13)

Paddington 2 World's cutest prison movie? Maybe so, if one can believe the rapturous reviews the Padster's second adventure has received since it debuted in the U.K. last fall. In it, our hero gets pinched for book theft and has to do a stint in the clink. ("What's a book?" the American audience will likely inquire. "It's what gets you sent to the clink," Michael Wolff will reply.) But freedom may be at hand, if Paddington can succeed in going all Shawshank. If not, better protect that rear seam, little buddy! Fun fact: The movie was going to be distributed by the Weinstein Company, but the deal was nixed after it became apparent their name wasn't one that would rest comfortably on a family film. Nice to know there was one bear ass Harvey couldn't get his hands on. (PG)

Also playing: Day of the Dead: Bloodline Believe it or not, we're already at the second remake of the least regarded entry in George Romero's classic zombie trilogy. This one was engineered with greater fealty to the source material in mind, which may be why it's gone to a few actual theaters instead of direct to Redbox. Well done, director Hector Hernandez Vicens! And remember, remaking Romero is how Zack Snyder got his start. So one day, you too could go on to destroy a major studio! (R)