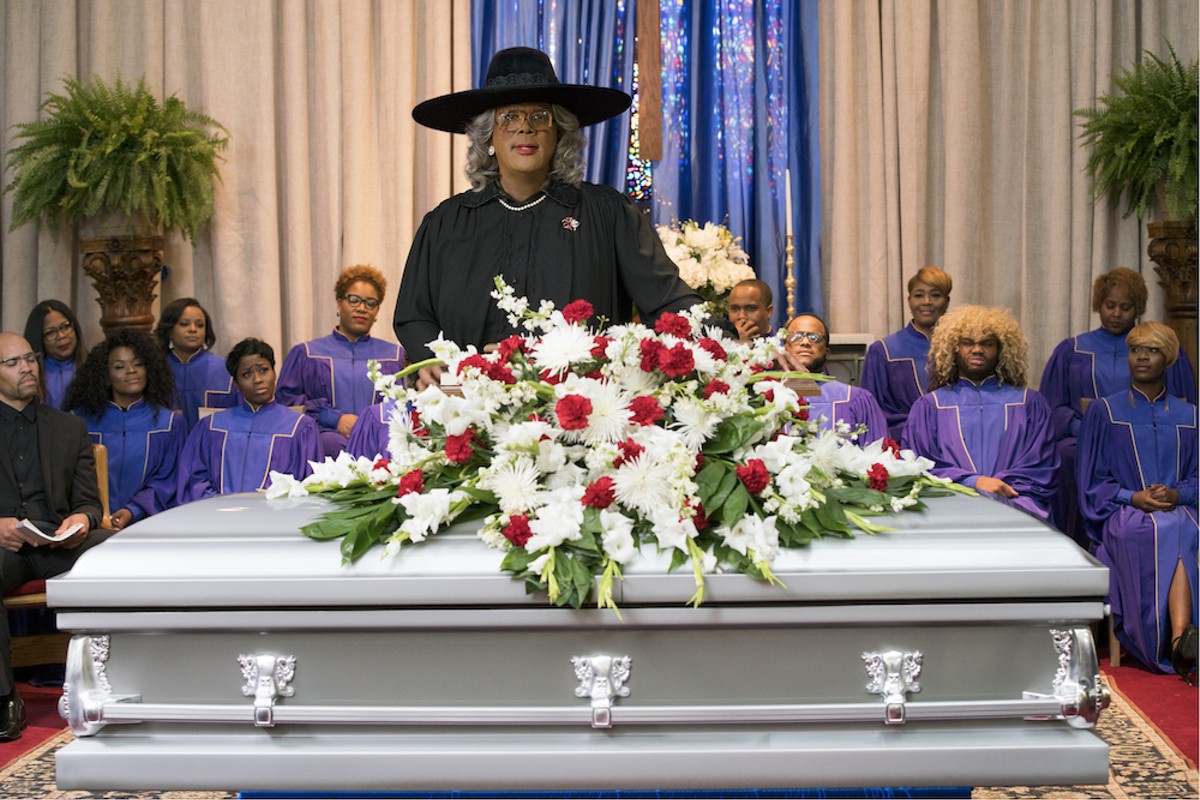 Opening in Orlando: A Madea Family Funeral, Arctic and more

Deadlines can be a bitch. I had to write this column two days before the Oscars, but you're reading it at least three days after. So you're in the catbird seat of knowing everything that happened while I have no clue! How powerful you must feel, knowing that Black Panther's surprise win for Best Picture was marred when the show's producers made the entire cast and crew announce that ongoing analysis had revealed Moonlight was not the winner in 2017 after all. Plus, at press time, I had no idea that the entire sad spectacle would be capped by the sight of confederates of Jussie Smollett rushing the stage and dousing everybody with bleach. Savor the knowledge, my friends. But while you're at it, can you tell me if Kevin Hart showed up at the beginning of the night and tried to host anyway? I've got a prediction ballot to fill out here.

Everybody Knows A review of Vanilla Sky once described Penelope Cruz as having mastered the hair toss as an acting technique. It wasn't my review, mind you: I'm not that funny (as you have certainly noticed). Eighteen years later, she's still flipping her tresses all over the screen and getting paid for it, currently in the role of a mother whose child is kidnapped during a family wedding. Yes, there are worse things than the chicken dance, and this one should be enough to get Spanish dandruff flying all over the place. Everybody Knows was nominated in eight categories at the Goya Awards, but walked away with a big ol' zero. Hey, at least nobody covered them in bleach. (Relax, Penelope: That's just conditioner.) (R; tentatively scheduled to open Friday at Enzian Theater, Maitland)

Tyler Perry's A Madea Family Funeral I kind of like it that we've gotten to the point where you can't tell if the titles of these things are real or a parody. Hot on the heels of his recent visit to Amway Center (you didn't hear about it 'cause you ain't saved, son), Perry has correctly divined that saying sayonara to a loved one's mortal remains is the perfect scenario for his sassy sista character to complicate. (Or set straight. I'm never sure if we're supposed to be rooting for harmony or anarchy here.) Perry swears this installment in the series will be the last. But you and I know a decent profit will overturn that verdict in the batting of a false eyelash. Personally, I'm holding out for They Took Madea's Foot: A Story of Love and Diabetes. (PG-13)

Total Dhamaal The third chapter in the Dhamaal franchise of slapstick capers concerns the hunt for a hidden fortune. "Yet another Ajay Devgn atrocity," says The Hindustan Times. Hey, it's good to have a brand. (NR; in Hindi; playing at Universal Cinemark at CityWalk)