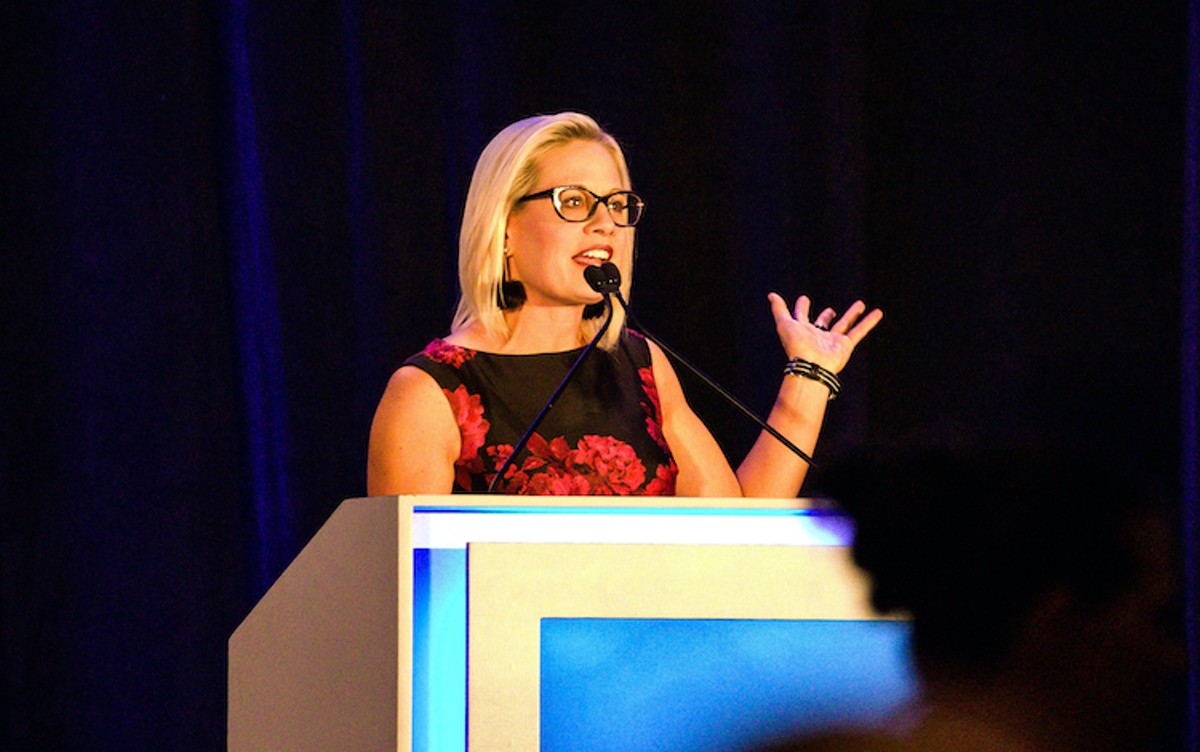 Once again, Senate Dems punch themselves in the face for no particular reason

Watching last week’s congressional action led me to two sobering conclusions. The U.S. has only one political party that even feigns interest in governing or seriousness of purpose — and that party too often conflates seriousness with punching itself in the mouth for no particular reason.

From a policy perspective, there’s no point in looking at the GOP as anything but a sideshow. The party’s intellectual bank account has been overdrawn for decades, its platform stuck on a “tax cuts/abortion/judges” feedback loop. When the old hits no longer charted, they incorporated overtly authoritarian appeals to white anxiety: “build the wall,” “blue lives matter,” and — the latest craze — “cancel culture.”

This performative crybabyism was on display at the recent Conservative Political Action Conference in Orlando, where grifters, goons, fabulists and narcissists — and Donald Trump, but I repeat myself — whined about Big Tech censoring them on a stage shaped like a Nazi symbol. This absurdity also revealed itself in the freakout over Dr. Seuss Enterprises’ decision to discontinue some lesser titles because they contain racist imagery.

A movement with nothing to sell but grievance will always need new grievances to sell. Inevitably, however, an endless stream of outrages will become banal to all but the most devoted partisans. That’s when desperation sets in.

In Georgia, the Republican legislature responded to Democratic victories by making it harder for Black people to vote. Among other things, its new legislation will end automatic voter registration, severely restrict absentee voting, crack down on “Souls to the Polls” events and — no kidding — make it a crime to give someone standing in line to vote a glass of water.

Not coincidentally, Georgia had the longest voting lines in the country in 2014 and 2018.

Georgia isn’t alone. Through February, Republican lawmakers in 43 states have introduced more than 250 bills to restrict voting rights. Most take their cues from Trump’s election fraud lie. But an attorney for the Arizona Republican Party coughed up the real objective last week while defending that state’s voting restrictions to a sympathetic U.S. Supreme Court.

“What’s the interest of the Arizona RNC in keeping, say, the out-of-precinct ballot disqualification rules on the books?" Justice Amy Coney Barrett asked.

“Because it puts us at a competitive disadvantage relative to Democrats,” the attorney responded. “Politics is a zero-sum game.”

If only someone would inform Senate Democrats.

Not to put too much pressure on it, but this is the ballgame. If Democrats don’t act while they have congressional majorities, they won’t get another chance.

To stop voter suppression, Senate Democrats will have to stop Republicans from suppressing a vote. Nuke the filibuster, or surrender.

Judging by their handling of the stimulus, “surrender” seems the safer bet.
We shouldn’t shortchange the American Rescue Plan’s achievements. The $1.9 trillion bill not only funds vaccines and plugs economic holes, but it does more to address poverty than any legislation in decades.

But the victory was marred by eight Democrats voting against the minimum wage hike the party promised, including Sen. Kyrsten Sinema’s ostentatious thumbs-down. Maybe they wanted to demonstrate their independence or their moderate credentials to voters in their upcoming races. But vulnerable senators’ electoral fates almost always ride the vicissitudes of the public’s mood. If the public is happy and their voters turn out, they win re-election. If not, they lose. Voting down popular legislation probably wasn’t the best play.

Then came the spectacle of Dem senators negotiating with one of their own over how deeply to cut unemployment benefits. Perhaps Sen. Joe Manchin believed that if he kicked the unfortunate hard enough, the legislation would win Republican support. If so, he learned nothing from the experience. On Sunday, he pledged to block President Biden’s infrastructure bill if it wasn’t bipartisan. Manchin also said he thought he could convince Republicans that climate change was real and they should support trillions in tax increases. (His daughter runs a pharma company, so maybe he has access to the good stuff.)

None of that bodes well for HR 1. But if you squint hard enough — if you parse words in just the right way — there’s light at the end of this tunnel.

On Meet the Press, after Chuck Todd asked Manchin about his unbending support for the filibuster, Manchin rambled about the importance of minority input, then said: “And now if you want to make it a little bit more painful, make him stand there and talk, I’m willing to look at any way we can.”

There are a few options to make the filibuster more painful: The Senate could require 40 senators to sustain a filibuster rather than 60 to break it, or it could change the “present and voting” standard to force the minority to remain in Washington throughout a filibuster — including weekend sessions — and require a member of the minority to be on the floor debating at all times.

Todd also asked if Manchin would be willing to “go a reconciliation route” for HR 1. (Reconciliation is a budget process. But a majority of the Senate can declare any subject exempt from the filibuster.)

Sooner than later, it will become evident even to the most thickheaded centrist that to get something done, Manchin and those like him will have to change their minds. The question is how much time they’ll waste trying to find 10 Republicans willing to work constructively on something more important than Mr. Potato Head’s penis.