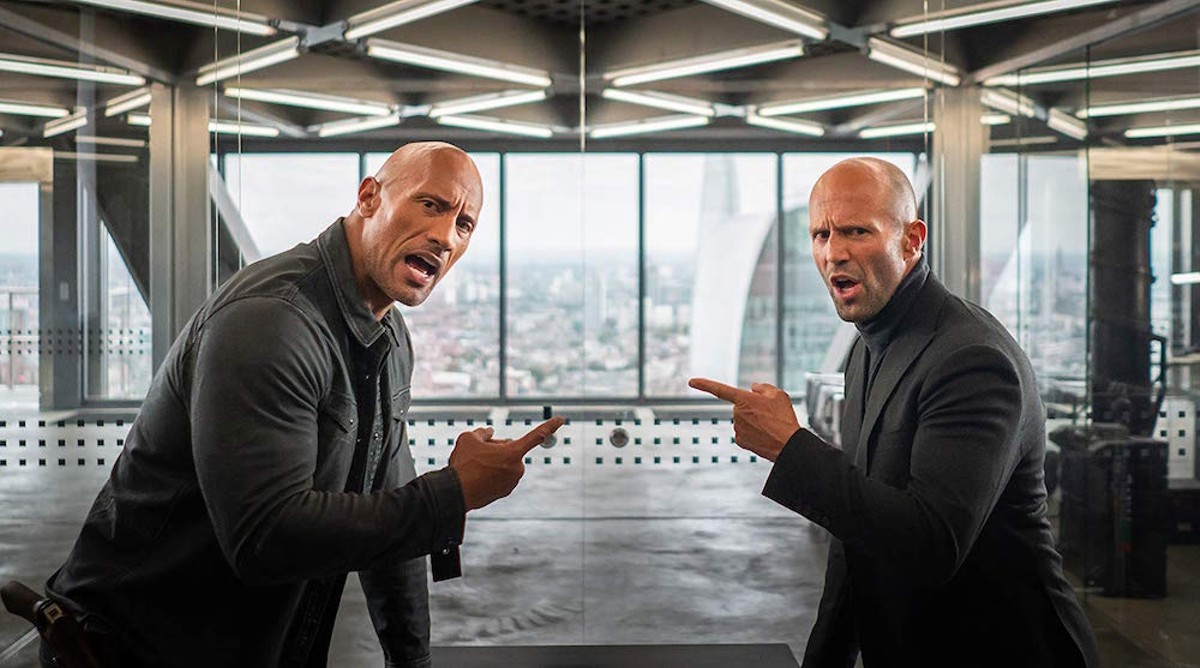 Opening in Orlando: 'Sea of Shadows' and 'Hobbs & Shaw'

In the life of every entertainment property, there comes a turning point. It's a moment at which the public gets to decide if it loves the property enough to embrace anything sold to it under that name. Will the years of built-up goodwill translate into commercial viability for a spinoff that is by nature humbler and more limited in scope than the parent that spawned it?

There's somewhere in America where that question is paramount this weekend. And I think you know where I'm talking about: Mike Pence's house. But it's also a key issue in the executive suites of Universal Pictures, which is hoping that eight internationally successful Fast & Furious pictures have laid sufficient groundwork for an offshoot starring two of their main characters.

Dwayne Johnson and Jason Statham return as Hobbs and Shaw, continuing their fractious relationship into a story of international intrigue and jeopardy. This time, the heroes are on the trail of a global terrorist whose body has been scientifically enhanced nigh unto invincibility, and who covets a bioweapon that could eradicate all life on Earth. Hey, you know how the Marvel movies are always getting pilloried for telling ultimate-stakes stories over and over? Remember, this is a SMALLER Fast & Furious picture.

As the villain in question, we have Idris Elba, who in real life is currently smarting from learning that he can't be James Bond because he's the right race but the wrong gender. Although his Hobbs & Shaw character happens to be an MI6 agent gone rogue, which seems to mean that Elba, having lost out on playing 007, instead gets to revisit Javier Bardem's part from Skyfall. A black Anton Chigurh is what I want to see.

Supporting players include Helen Mirren, making her second appearance on American screens this summer after the flop that was Anna. Remember that one? Its creator, Luc Besson, is now facing not only the threatened collapse of his company but multiple allegations of sexual assault and harassment. Meanwhile, the Fast & Furious gang are hoping for a rosier future, with the ninth entry in the main series being prepped for release in 2020. At press time, a stuntman on that project was in a coma due to an on-set accident, proving there's nothing some people won't do to keep a franchise going. Just ask Mike Pence. (PG-13)

Also playing:
Sea of Shadows This year's Sundance audience awarded Best Documentary honors to Sea of Shadows, which exposes the calamitous effects of criminal poaching. Not one but two species of marine life are threatened by humans' pursuit of the swim bladder of the totoaba, an organ so sought-after that it's known as "the cocaine of the sea." (Interestingly, among fish, cocaine is known as "the totoaba bladder of Miami.") Filmmaker Richard Ladkani had to curtail part of his shoot to prevent his crew from being murdered by a Mexican cartel. Why can't this ever happen to Morgan Spurlock? (PG-13; playing at Regal Winter Park Village & RPX)

« Lulu Wang's autobiographical 'The Farewell' translates beautifully   |   Movies playing in Orlando this week: 'Dora and the Lost City of Gold' and more »