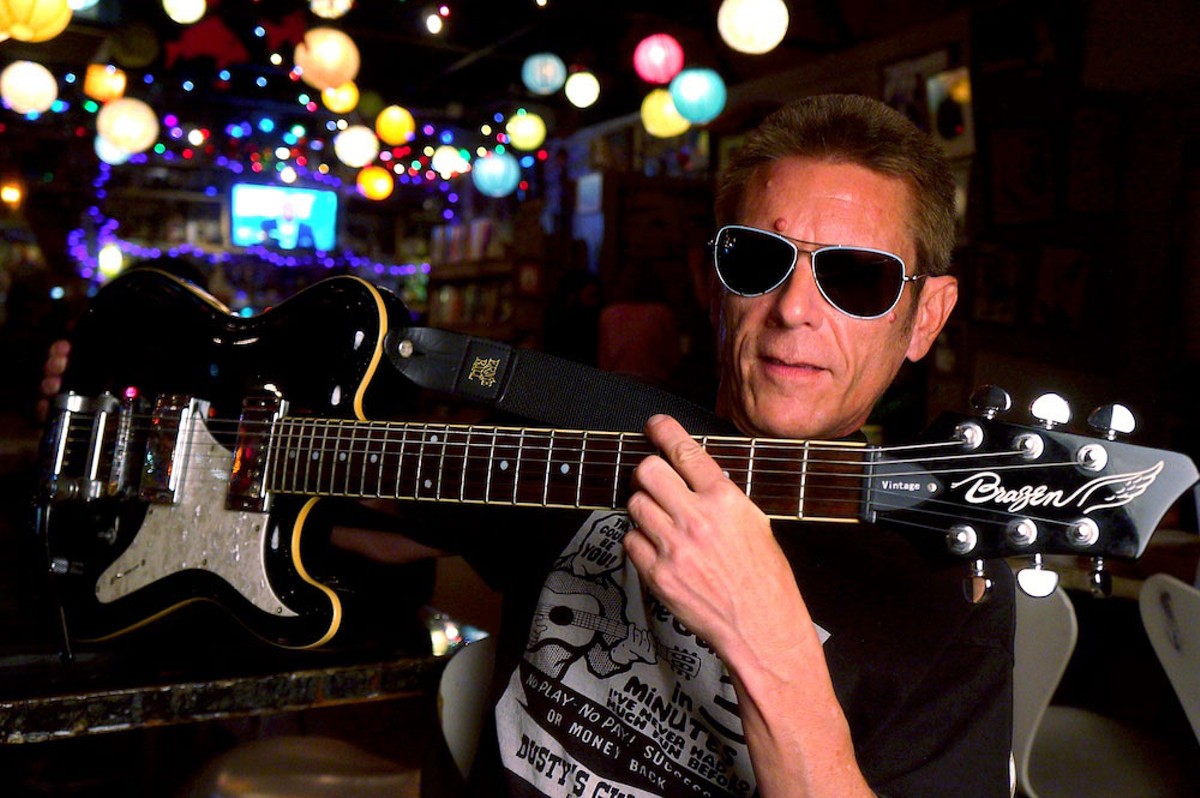 Even though everyone loves the holidays, some of the sounds of the season can eventually turn some a little Grinchy. For those of us to the left of the Mannheim Steamroller lowest common denominator, Ray Brazen — Orlando's king of left-field rock — has served up a welcome alternative this year to the season's typical corny pap. Recently unveiled on Bandcamp, the 2021 version of his holiday record, the Brazheim Bulldozer EP, doubles the length of the original 2010 release with three new bonus tracks of Christmas spirit ripped straight out of the garage.

Besides being the best addition to the collection, the fresh cover of "Feliz Navidad" that Brazen did with Los Jarritos comes with a noteworthy background story all its own. The new act is a Bobby Clock and the Soda Pops spinoff band formed by surviving members Brazen and drummer Cesar Marquez.

Named after the Mexican soft drink and thus continuing the soda motif, Los Jarritos have over the past few months been recording and releasing songs hot and fast over on Ray Brazen's Soundcloud page. Since their September formation, the pair have already dropped a salvo of seven raw and blistering nuggets that also includes covers of Los Dug Dug's and my favorite Heartbreakers tune of all time, "Born to Lose." They're rough but ready, and definitely worth a spin.

One of the more revelatory discoveries in quite some time is the excellent new album Death of a Spiral Eater by Orlando's Floridian Homicide Unit. An auspicious debut, the collection is an alluring 11-song introduction to their noise-pop vision. Like the Legends' darker, more experimental cousin, Floridian Homicide Unit cast a spell that in turns intrigues, coaxes and unsettles. And that tantalizing fog of strange pop loveliness is now available on Bandcamp as a name-your-price download.