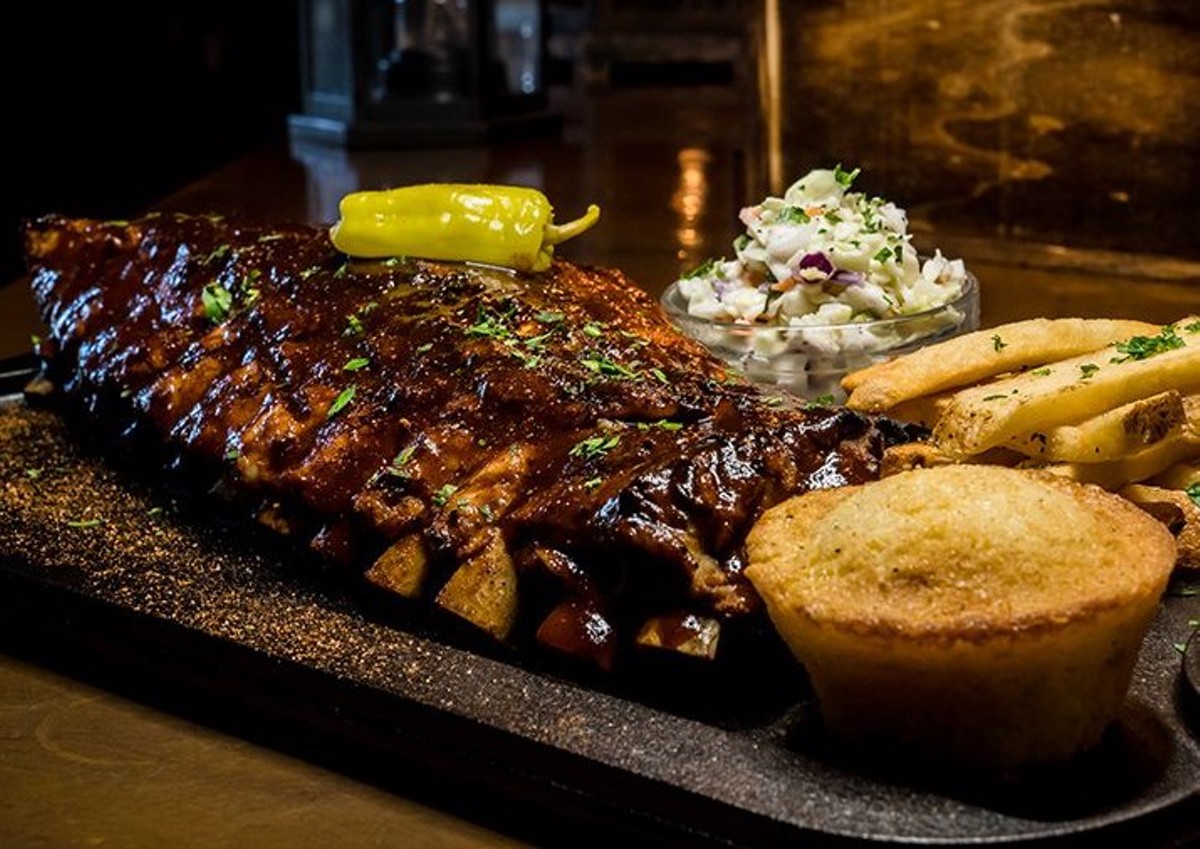 OPENINGS: Pizza news: Antonella's Pizzeria will open a second location at 7591 University Blvd. on the corner of Goldenrod Road; Perla's Pizza by Taglish's Mike Collantes will soft-open Feb. 12-14 next to the Thirsty Topher in Ivanhoe Village at 603 Virginia Drive ... Over at Pointe Orlando, the Hampton Social will open Feb. 18 in the old Tommy Bahama Restaurant space. They'll offer coastal-inspired fare (lobster rolls, shrimp tacos and the like) ...

Chicago hot dog chain Portillo's will open March 2 on Palm Parkway ... Burger and shake joint Build My Burgers has opened in the UCF corridor on Technological Avenue next to World of Beer ... The Daily Dose, offering shakes, tea, waffles, donuts and açai bowls, has opened on Tree Swallow Drive in Winter Springs ... Lucciano's, an Argentina-based gelato outfit, has opened its first gelateria in the U.S. inside the Florida Mall ... Near the Margaritaville Resort, Lizzie's Memphis Style BBQ is now serving up a bevy of porky meals.

CLOSINGS: The Pharmacy in Dr. Phillips has closed. The speakeasy-style restaurant opened back in 2013 to much acclaim ... Vito's Chop House has closed after operating on International Drive for more than 20 years.

NEWS+EVENTS: Chef Michael Cooper, formerly of Luma on Park, is the new executive chef at the Osprey in Baldwin Park ... Reyes Mezcaleria's Wendy Lopez will stage the next in her "En La Mesa" dinner series with a six-course seafood-focused meal Feb. 24 at 7 p.m. Cost is $85 ... Through Feb. 28, Ravello at the Four Seasons Resort will offer a three-course fragole menu featuring Florida strawberries in such dishes as tuna tartare, chicken risotto and seared salmon. Dessert is a strawberry custard. Cost is $59.