Claude and Chantal Wolff’s unassuming cafe on the fringes of Dr. Phillips may not conjure up images of enjoying lattes and croque monsieurs on the Boulevard Saint-Germain, but it won’t conjure up images of pouty, mustachioed servers dishing out attitude along with the chocolate croissants either. The Wolffs are so genuinely charming and exuberantly welcoming that you’d think they’re out to single-handedly undo France’s reputation for brusque, splenetic service.

Claude, it seems, takes it upon himself to personally greet every customer, while Chantal, though somewhat limited in her proficiency of the English language, perpetually beams as she preps soups, sandwiches and salads behind the counter. The French quarters here are cramped: The handful of tiny tables can sometimes make for a near-mob scene, and the tables outside fill up quickly. But there’s good reason for it – the savory sandwiches.

Le Café de Paris’ secret lies in the baguettes, which Claude flies in daily from a small village in his home région of Lorraine. So whether you opt to layer your baguette with ham, Swiss cheese, lettuce and tomato (as in the croque monsieur – $5.95), or with butter, brie cheese and tomato (as in the Le Parisien – $5.95), it’s really hard to go wrong. The pan bagna chicken ($6.50), a livelier version of the chicken salad sandwich with black olives, is so named because the bread (pan) is usually bathed (bagna) in olive oil, but because many patrons here don’t have a palate for huile-dressed bread, Chantal will only brush the oil on by request. I enjoyed the enormous sandwich, which was cut into three filling diagonals, but I would’ve preferred a side of potato salad instead of a bag of Lays potato chips.

Though the quiche (as well as all tarts and pastries) is prepared by a good friend of Claude’s, the outsourcing hasn’t affected the taste any. The fluffy core of eggy quiche Lorraine ($5.50) is accentuated with bacon and ham and walled by marvelous crust. Vegetarians will enjoy a more intensely flavored version with spinach, broccoli and cheese ($5.50), but if you’re up for a high-caloric intake, the tartiflette ($5.50) with potato, eggs, bacon and cheese will disprove the claim that real men don’t eat quiche.

Chantal’s salad du jour ($6.95), on this visit a Niçoise-like salad sans hard-boiled eggs, was a humdrum assemblage of green beans, cucumbers, black olives, onions and thin tomato slices with a dollop of canned tuna occupying the core of a large plate. Tomato bisque ($3.95), though a tad salty, was perfectly rich and creamy, while chicken soup ($3.95), with its pungent oniony broth teeming with carrots, celery, thick noodles and morsels of chicken, proffered one comforting slurp after another.

I’ve always been partial to chocolate croissants ($1.90), and the flaky rectangles served here are buttery indulgences. The only issue I had with the crème brûlée ($3.38) was the consistency – more runny than custardy – but the wonderful essence of vanilla bean had me scooping the bowl clean. The flaky peach tart square ($4.50) would’ve been better served warm, a request I later realized I could’ve made. A thick chocolate chip cookie ($1.50) goes well with any of their espresso-based coffees, which Claude is more than happy to refill au gratis should the mood strike him.

In France, I quickly learned that conversing in the native language, or at least making an effort, resulted in pleasant experiences and favorable outcomes. At Le Café de Paris, a similar approach may tip the balance in your favor, though the Wolffs are so affable, they seem to extend their hospitable generosity to just about everyone. 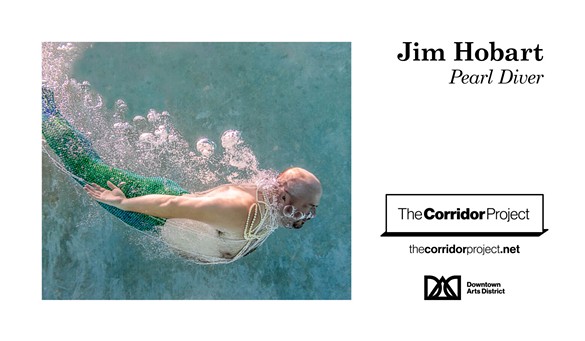