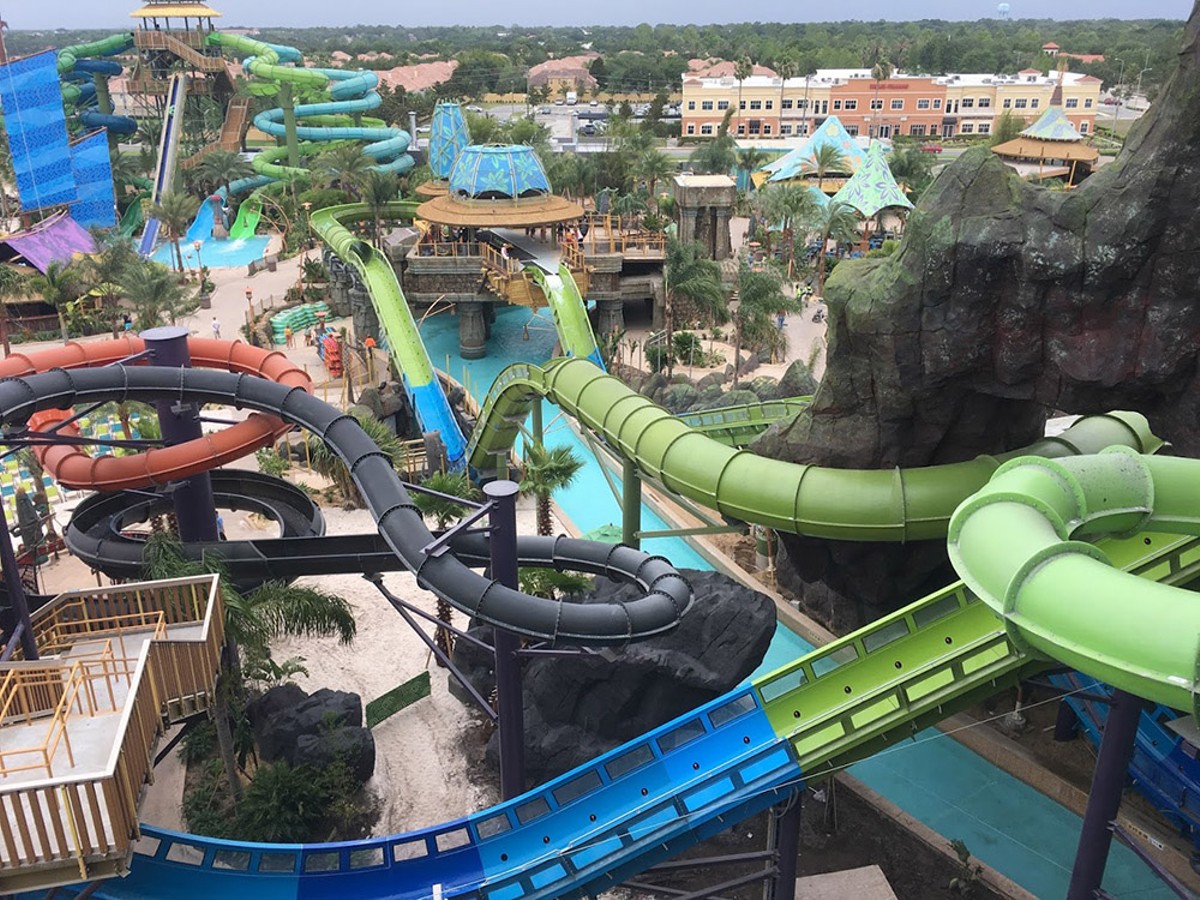 When it rains, it pours, and Orlando's theme parks just experienced the deluge of the decade. Disney and Universal have a long history of going head-to-head, from Disney/MGM Studios' rush to open a year ahead of Universal Studios Florida, to the dueling debuts of Diagon Alley and Seven Dwarfs Mine Train in 2014. But last week's near-simultaneous grand openings of Universal's Volcano Bay and Disney's World of Pandora represents their most significant showdown so far this century.

Pandora – The World of Avatar

Let's start at Disney's Animal Kingdom, where Pandora – The World of Avatar officially opened on May 27, almost six years after the park's agreement with James Cameron was first announced. I wasn't invited to press previews, but I managed to spend four hours inside during an annual passholder event and came away impressed. The first glimpse of Pandora's iconic floating mountains is second only to the reveal of Gringotts' dragon as a "wow" moment, and the Imagineers overloaded the area with rich scenic detail; the integration of Chihuly-esque artificial "plants" with alien-looking living flora is especially exquisite.

As Disney's first ground-up E-Ticket since the Wizarding World opened, the land's signature Flight of Passage attraction manages to one-up Universal at its own game, with a themed queue even longer and more elaborately appointed than Hogwarts Castle and the best 3-D motion simulation I've ever experienced (sorry, Jimmy Fallon). With ultra-clear 3-D glasses, ginormous 8K screens and motorcycle-style seats that convincingly mimic riding a dragon-like Banshee (down to feeling your mount "breathing" between your thighs), Flight of Passage is essentially Epcot's Soarin' cranked up to 11.

Na'vi River Journey, the land's only other ride, is a brief all-ages boat ride boasting luminous scenery and one astounding singing animatronic, but no drops, storyline or even explanatory narration; think of it as "It's a Small, Blue World" with slightly less-repetitious music. Pandora's real supporting attraction is the Satu'li Canteen quick-service restaurant, whose quinoa bowls with yogurt boba are a far cry from burgers and chicken fingers.

I'm not anti-Avatar (I even own the film in 3-D), but even fans admit it doesn't resonate emotionally with the masses like Potter or Star Wars. Disney wisely ignored the film's forgettable plot and personas (the land is set generations after the upcoming sequels) in favor of its universally lauded visuals, but that leaves the World of Avatar lacking in characters and interactivity; there are no meet-and-greets and few touchable objects, aside from a phallic flower guests are encouraged to pet until it spurts (no, seriously).

Ultimately, while Pandora is very pretty and Flight of Passage exceeds expectations, I don't feel an urgent need to rush back. I'll return eventually to see the bioluminescent landscape in its nighttime glory, but my prediction is Pandora will pull existing Disney guests away from Epcot and Hollywood Studios, rather than expand the market the way Potter did.

While Disney was dedicating their new expansion, I was up I-4 at the press event for Volcano Bay, Universal's first on-site water park. Universal built an entire park in a fraction of the time Disney took for their land, and though employees made a herculean effort to get Volcano Bay ready on time for guests, some attractions weren't working on opening morning, and the much-touted TapuTapu wristbands (which promise to replace queuing with ride reservations) had limited functionality during my tour.

Even as a work-in-progress, the landscaping and art direction throughout Volcano Bay is stunning, creating a luxurious Pacific Island atmosphere that's more like an upscale resort than a typical water park. The food is far above average (try the tuna poke and coconut shrimp), and the signature drinks are strong, if too sweet. And despite being nestled next to the interstate, visual and audio intrusion is mostly a non-issue, with foliage and a soothing surf-rock soundtrack shielding the traffic sounds.

You could easily spend a day sunning on the beach – I recommend the private loungers ($30-plus per pair) – and splashing in the surf surrounding the awe-inspiring central volcano. But you'd be missing out on the biggest, best collection of slides in the state, featuring nearly every cutting-edge model manufacturer ProSlide exhibits at IAAPA. My favorites were Honu and Maku Puihi, which terrifyingly sweep your multi-passenger raft sideways up steep walls; and the serpentine Ta Nui drop capsule, which is like the Incredible Hulk Coaster of body slides. It's over 200 steps to the top of the mountain, so start StairMastering now.

While I'm willing to crown Volcano Bay my favorite water park since New Jersey's infamous Action Park, I'm not fully on board with Universal's "water theme park" moniker. Yes, it has immersive environments (though one "land" is aesthetically indistinguishable from another) and an elaborate backstory informing every attraction, but that theming isn't always evident on the rides themselves. For example, the headliner Krakatau Aqua Coaster – which uses linear induction to launch four-passenger canoes down and up massive hills – is the longest, most entertaining water slide I've ever experienced, but if it had audiovisual effects or indoor show scenes it could have been a true "water dark ride." Even so, if Universal's objective is getting guests to extend their on-site stay instead of visiting the Mouse, I suspect Volcano Bay will succeed swimmingly.

« Best of the Fest: Our top Orlando Fringe shows of 2017   |   Theater on the Edge serves up a gleefully glazed, piping-hot production of 'Superior Donuts' »