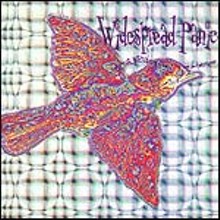 Widespread Panic's eagerly awaited seventh album, tentatively titled "Till the Medicine Takes," won't hit the streets until July 27. But the jam band's legions of loyal fans -- dubbed "Spreadheads" -- and potential new converts are already being dosed with the music. The sextet is hitting the road after months at home in Athens, Ga., cooped up with producer John Keane in his comfy studio.

Some of the songs will be familiar to those who've seen the group's shows, but a few are spontaneous creations, according to guitarist Michael Houser. "There is some stuff that might take people by surprise," he says, but adds, "It's still Widespread Panic. There's not much we can do to change ourselves too terribly much. It's not gonna freak anybody out."

That sound, though -- a Southern-fried mix of blues, rock, funk, country and improvisation -- has been freaking out fans since 1986, when former University of Georgia students Houser and singer-guitarist John "J.B." Bell hooked up with bassist Dave Schools and drummer Todd Nance. The quartet was later rounded out with keyboardist John Hermann and percussionist Domingo Ortiz.

The band members, while not superstars, are testaments to the possibility of immense job satisfaction without the help of a major label. The group signed to Atlanta's relatively small Capricorn Records in the early '90s and has since sold more than 1 million albums. They notched $8.5 million during their 1998 U.S. tour, beating out the likes of Sheryl Crow and the Smashing Pumpkins. A free show last April in Athens drew 60,000 fans. Recently they sold out four shows at Atlanta's 4,700-seat Fox Theater in four minutes. All this without a lick of support from rock radio or MTV.

"Obviously, we've built our following on our live shows," Houser says. "Part of what people like is the improvisational periods in the shows. They like the fact that we don't really know ourselves what's going to happen until we're up there playing." The free-wheeling spirit is an outgrowth of choices made during the songwriting phase. "When you're doing songs that are in different keys and different time signatures," explains Houser, "you have to really improvise to get into the next song and into the mode of it."