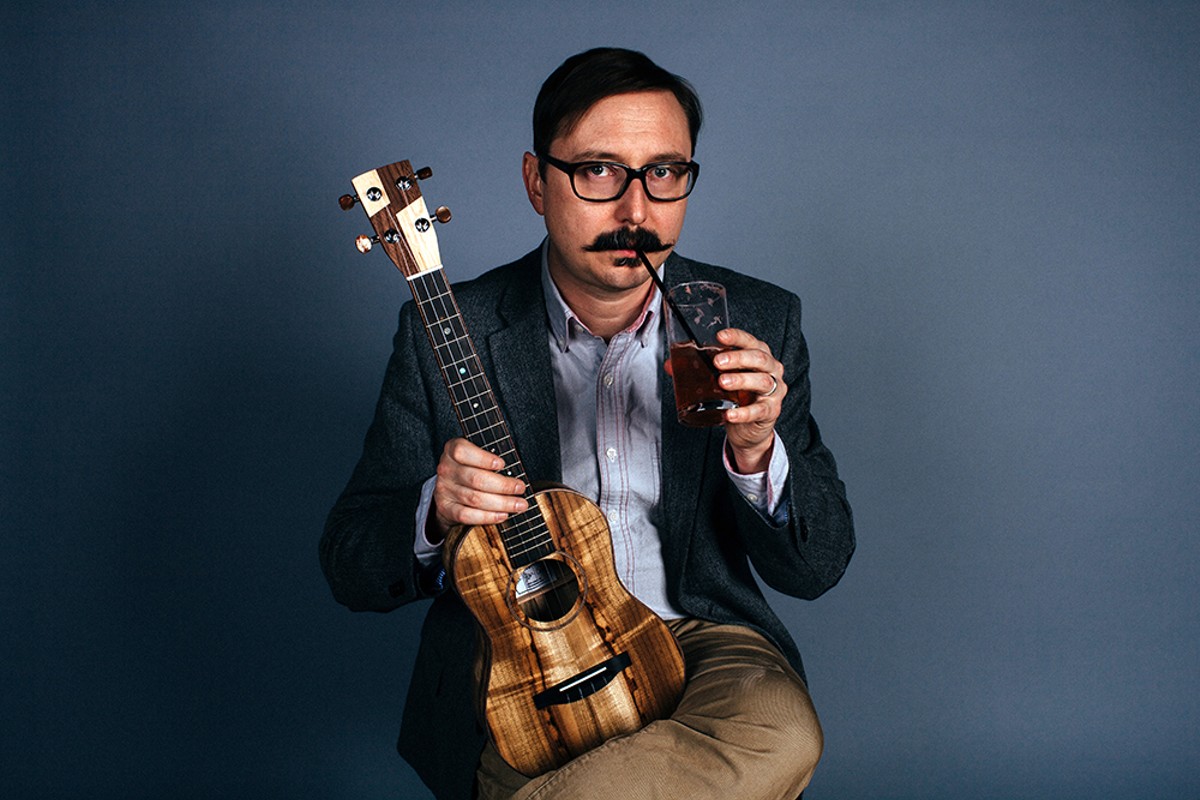 John Hodgman thinks Florida's gotten a bad rap in the news lately, but he's looking forward to his return

John Hodgman works a lot. He's published three books. He's in FX series Married. He's still on The Daily Show (chiding those who fear change – as symbolized by Trevor Noah – not to worry, there's still an old white man on the show). He was in Pitch Perfect 2 this year. He's a PC (or was, to Justin Long's douchey Mac). He's resumed his column as "Judge John Hodgman" in the New York Times. And now another stand-up tour. Where does he get off calling that tour "Vacationland"?

Well: It was once Maine's state motto, and it still appears on Maine license plates – and Hodgman has, in the last year, relocated to Maine.

"My wife loves the state of Maine more than any other place or human in the world," so Hodgman recently purchased a home in Brooklin, Maine. He notes that he has thus moved "from Brookline [Massachusetts, where he was raised] to Brooklyn to Brooklin." But we all know that Florida is the true Vacationland – just look at our tourism numbers! – and Hodgman doesn't disagree.

In Maine, "the water is so cold it will try to murder you ... even on land, it's full of animals and people that hate you. Unless that's your idea of a vacation, Maine is not the place to be. ... Florida is warm and has pleasant beaches and water that does not try to kill you."

In our interview, Hodgman fondly recalls two previous trips to Central Florida. When he was a teenager, "we performed Pirates of Penzance at a Florida high school; I was the Pirate King, which I still am in my daily life. We were taken to some place by a manmade lake, from which you couldn't even see a castle, and sang to like seven elderly people." (The reporter suspects Hodgman has somehow conflated the Villages with Lake Buena Vista, but concedes that frankly, it's all pretty much the same.)

As a teen wandering the Magic Kingdom, Hodgman says, he was overwhelmed, thinking, "'This is loathsome and wonderful all at once! Everything is fake, even the things that don't need to be fake!' and I loved it," he marvels.

"20,000 Leagues Under the Sea? Attraction, they call it; terrifying machine is what I call it. Where I come from, robots and water don't mix. Robot fish, robot clams – I got so freaked out that it haunted me for years. I had a recurring fear that I would trip and fall into the lagoon. I'm getting goosebumps right now."

The other visit (to Coral Springs) was just a few years ago, with fellow Daily Show correspondents Al Madrigal and Adam Lowitt. "We were a little nervous about who was going to show up in the middle of the week, and whether they would accept that it was not a Daily Show-themed show." But, echoing the pleased surprise of the dozens of out-of-town comics who've been here for the Orlando Indie Comedy Fest, he says, "It was one of the greatest shows of my life."

Hodgman is best-known in his various personae: the deranged billionaire, the expert on all world knowledge, the aforementioned PC. We'd like to say that in Vacationland, he's going to be himself, but rather than dropping out of character, it seems he's just trying on a new one ("bewildered Maine resident"). Hodgmaniacs will turn out for this show, though, no matter who he is that day – any fan of the man would be incapable of resisting him in a "one-human show" about "cairns, river witches, junkyards and death." Also to be discussed: "The evolutionary purpose of the weird dad mustache; how to decide which small animals you should love as members of your family and which you should kill with traps and poison; and city buses, which, let's face it, can pretty much end up going ANYWHERE if the driver goes crazy or just has a soul full of mischief. It's terrifying."

Hodgman also wants people to know that he will hang around to "sign things and chat" after the show. Things like books and tour posters, we ask? "Things," he says. So, yes, you can purchase a print of the tour poster (shown below) and have it signed, but apparently he's also cool with signing your coffee mug or pet tortoise or whatever. Or maybe a robot clam, if you've got one.