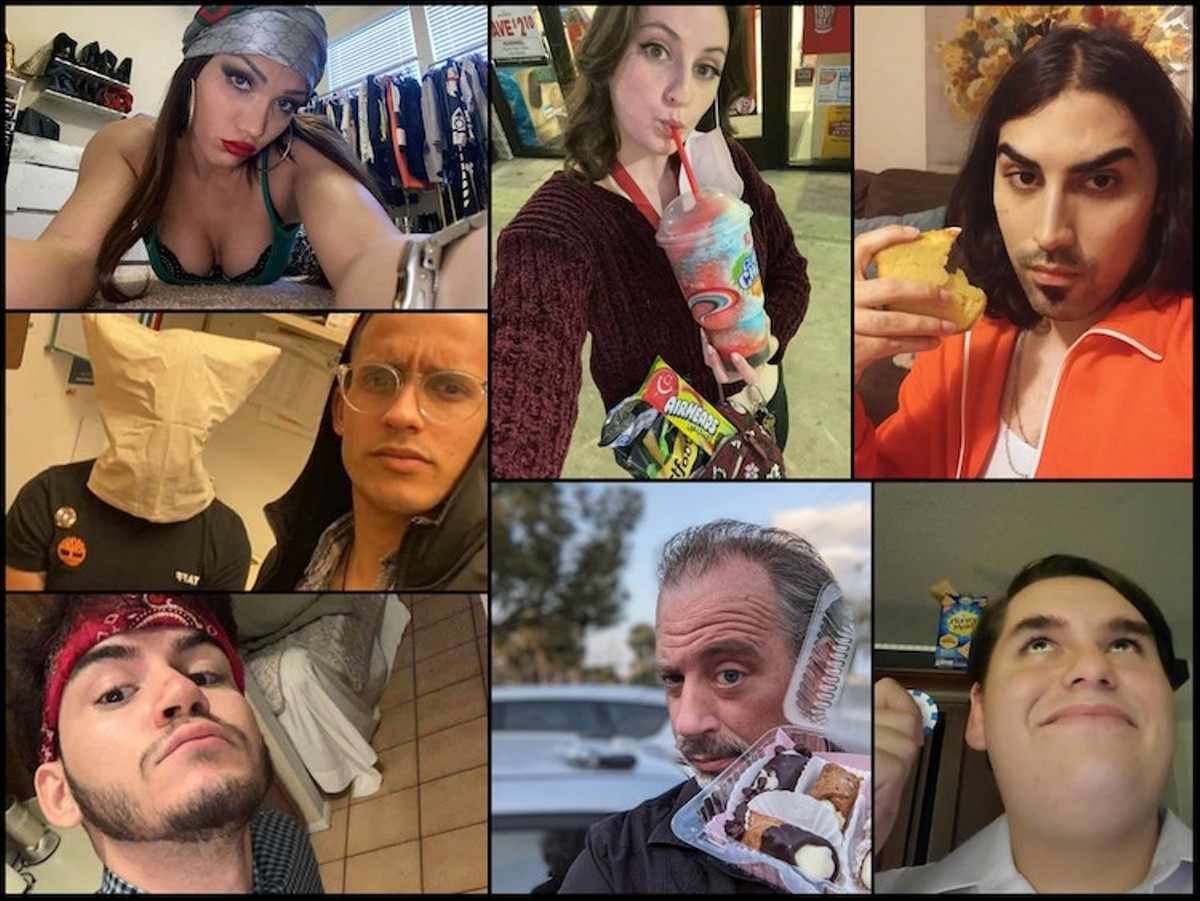 The pandemic paused performing arts at every level, from theme park spectaculars and Broadway tours down to the smallest community troupe, and the academic world has been no exception. Although the COVID-19 crisis appears to be easing, one of Central Florida's largest theater education programs is still proceeding cautiously with a mix of hybrid classes and virtual performances. Last weekend's online production of Stephen Adly Guirgis' crime comedy Den of Thieves, which launched Valencia College Theatre's spring season, provided the perfect opportunity for me to talk with artistic director and program chair John DiDonna about educating the upcoming generation of theater artists despite social distancing.

Valencia was in the middle of spring break 2020 when coronavirus closures initially occurred, but after an extra week off, classes immediately resumed with online instruction.

DiDonna says, "We made the decision in May, and it was finalized in June, to be online in the fall. We had to cancel our entire season, obviously; we had a big musical we were going to do."

This semester, Valencia College Theatre is currently conducting a few hybrid classes for technical disciplines that require hands-on instruction, but otherwise remains remote, as does this year's Spring Arts Week, running through March 5.

Although it's a contentious issue, "I enjoy teaching online," says DiDonna. "Some teachers don't; some teachers are getting used to it.

"Other teachers are saying most of our classes are going to be hybrid from this point going forward forever, because it's working so well, and that was actually a good feeling."

And despite the emotional and financial stress many students are experiencing, DiDonna reports he actually "had less incomplete withdrawals than I have in a regular semester, which is really interesting."

After presenting some original devised performance pieces online in the fall, DiDonna selected Den of Thieves for Valencia's 2021 return to scripted shows.

"I thought the kids needed something light," he says. "We did heavy in the fall, we're doing heavy when it comes to the next show we're doing — it's another docudrama — and I felt like everybody needed something silly, fun, where they can enjoy doing it, not just the audience enjoy watching it."

DiDonna has been teaching at Valencia for the better part of two decades, and became a tenured professor 10 years ago, but he and I were collaborating years before that, first at Theater Downtown and later in the SoulFire Dinner Theater, Empty Spaces Theatre Co. and Phantasmagoria.

Back in 2008-2009, we produced Guirgis' Jesus Hopped the A-Train and The Last Days of Judas Iscariot, which had online encores last year. As one of Guirgis' earliest works, Den of Thieves lacks the spiritual depth of its successors, but DiDonna and his cast (which featured students Natalie Webber, James Bordenkircher, Johan Del Aguila, Natalia Guzmán Class, Ramon Jose Carrion and Sebastian Rivera) admirably adapted the script's sitcom-style rhythms to the restrictions of a live Zoom broadcast.

With more than a year of virtual productions now under his belt — including weekly Phantasmagoria livestreams and a successful run of Romeo and Juliet — DiDonna has some helpful tips for aspiring online directors:

• Music Theater International (MTI) and Concord Theatricals (formerly Samuel French) are restrictive about licensing online performances, so seek out works controlled by Dramatists Play Service, which has been more flexible. "I think they see the value in it [and] they're honoring their own company and the playwrights by continuing to produce."

• Build social time into the rehearsal schedule so your performers can bond. The Den of Thieves cast "would come in 20 minutes before I ever entered a Zoom [meeting] so they could hang out together, and they became really good friends."

• When performing remotely, actors must anticipate and overlap dialogue to avoid an apparent delay. "We had to retrain them to listen for the start of the final syllable of the person before [to] start speaking ... we called it 'Zoom Time.'"

• Keep the actors from becoming "locked into a chair as a Zoom head talking into a box" by blocking them to lean toward and away from their webcam, creating foreground and background layers.

• Invest in quality webcams, ring lights, and WiFi hotspots (if needed) for all performers.

• Despite the risk of technical glitches, it's better to perform live than pre-record. "It adds a different element to it; it's more like theater, because it is live."

• Most important: "There are no rules on Zoom; invent new rules for yourself!"