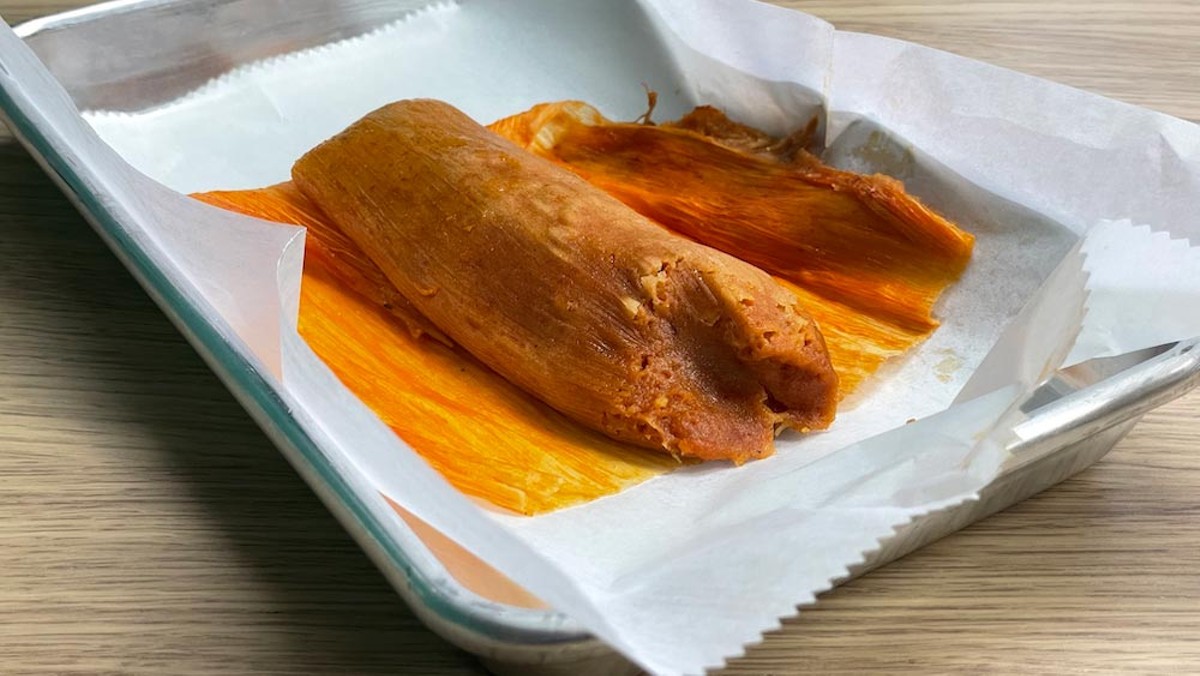 When I see Minerva Mederos buoyantly zipping about the kitchen at Jalapeño's Mexican Eats, it's hard not to think about the tragedy that's fallen on her and her three children. Mederos lost her husband, Miguel Angel Honorato, in the Pulse Nightclub shooting in 2016. He was there for Latin Night, trying to glean and apply the nightclub's event know-how to the Tortilleria La Mexicana restaurants in Apopka and West Oak Ridge Road owned by his parents. Honorato was only 30. Needless to say, it was tough going for Mederos after that. In between grieving the loss of her husband, Mederos helped manage her in-laws' restaurants as a means to get by.

Yet here she is, a testament to the resilience of the human spirit, cheerily plating tacos in Maitland. Jalapeño's, in fact, has become a regular stop of mine — I'm kinda hooked on Mederos' barbacoa. I can't seem to get enough of that lush, drippy meat squished into a homemade corn tortilla ($2.60) swashed with house-made red and green salsas. And jalapeños, of course. Mederos and her husband operated Jalapeño's Mexican Grille in Sanford in 2015 for about a year before Tennessee Truffle moved into the space. I remember enjoying the guajillo-slicked barbacoa, cooked "al vapor," there too.

Mederos' mother was preparing a staff meal when I popped into Jalapeño's for the first time two months ago. She was brushing large corn tortillas with the juicy runoff from the barbacoa, then stuffing them with cheese before griddling the yellow blades of glory to a lovely crisp. I got to sample a few of these enchiladas, and they were spectacular. I ask Mederos when they'll be on the menu, but she remains coy, saying only: "Soon! I want to slowly add items as business picks up."

Indeed, on my most recent visit, I noticed a new item — al pastor — being offered. It's not shaved off the trompo, though she does have a vertical spit and plans on employing it in the coming months. Nevertheless, it's still satisfying in taco form, on corn or flour tortilla ($2.86), though if I have to rank the bits of pork and pineapple, I'd place the al pastor behind both the barbacoa and the chicken tinga. The shreds of poultry and their smoky chipotle essence are best enjoyed in the tamales ($2.60). "Not to brag but our homemade tamales are pretty awesome!" Mederos posted on Instagram. Honestly, I don't think you'll find them done any better than they are here.

The only unpleasantry I've encountered in my numerous visits here has been the rice, offered in white and yellow varieties. On one occasion, it was a bit undercooked in my carnitas rice bowl ($8.85); on another, it added an unwanted crunch to the carne asada burrito ($8.85). No problemo; it's an easy fix. Mederos is still expanding the kitchen and plans to extend the hood and install additional appliances, including a proper flat-top griddle. Until then, she's making do with the equipment left there by the space's previous tenant, Greek to Go. She uses the oven to make her own flan ($3.65), though the tres leches ($4.16) is procured from Tortilleria La Mexicana. As far as quaffs go, Mederos is skilled at crafting lemonade ($2.60), but it's her horchata ($2.60) — light, not overly cloying, and subtly flavored with what I thought was cardamom or perhaps rosewater — that really impressed me.

Well, that and Mederos herself. The strength she's shown in picking up the pieces after unspeakable tragedy, and the positive mindset she's brought to this new venture, have been nothing short of inspiring. In Jalapeño's, it seems she's found her spice of life.