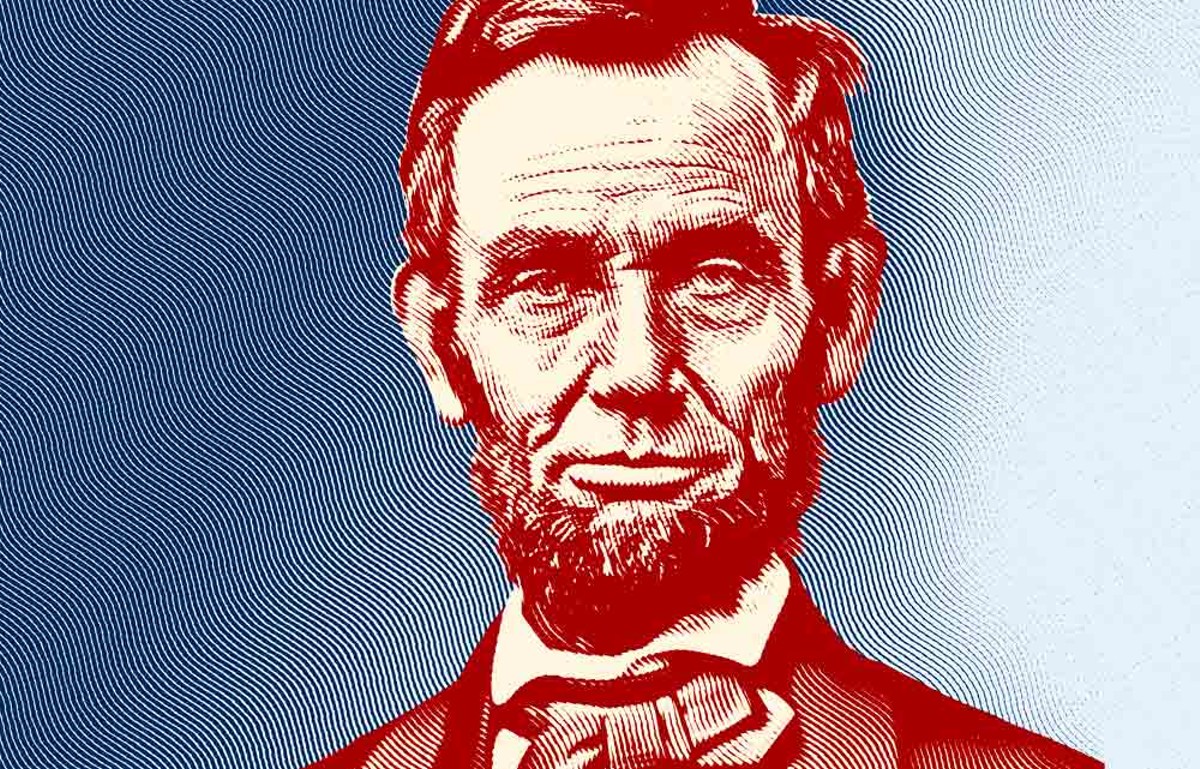 Is anybody really standing up and fighting these days for democracy? Meet the Lincoln Project.

By Andy Brack
This story was
first published by
Charleston City
Paper.

America is in the throes of the largest internal political war since its first, the American Civil War, began in Charleston 160 years ago. Then, as now, the nation was being pulled apart by injustice, inequity and white supremacy. Now, however, the battlefield is far different. The weapons aren't rifles, cannon or a submarine. Rather, warriors often employ sophisticated technology, messaging, misinformation, disinformation, gerrymandering and fear to manipulate a sleeping electorate to question long-held values of decency, the common good, fairness and the American dream.

Is anybody really standing up and fighting these days for democracy?

I. Do Something
"The only thing necessary for the triumph of evil is for good men to do nothing."—Quote often attributed to Irish philosopher Edmund Burke, although many sources question the attribution

The lies. The scandals. The narcissism. The continual conflict about anything from the size of a crowd to what to do about a pandemic. It was all just too much for a few veteran Republican campaign strategists who witnessed their beloved fiscally conservative party spin out of control to a pied piper who didn't take democracy seriously. They had to do something. So they fought back with the tools they had — political messaging to get inside the head of President Donald Trump so voters would see him rage out of control.

"Our belief is you have to fight this in the culture," said Stuart Stevens, a key player for the Lincoln Project and top strategist for Mitt Romney's 2012 GOP presidential campaign.

The Lincoln Project spent tens of millions of dollars in 2020 on pithy short videos and persuasive campaign ads in targeted battleground states. It was a campaign against one person to keep him from remaining in the White House.

"I quickly realized how liberating it was to not have a client," Stevens recalled in an August interview. "We were in this kind of unique position of having freedom. We don't have any clients. We don't have any special interests."

"Of all of the work we did in 2020, we never had one ad about an issue," said Stevens. "It was all about Trump. If you remember back in 2019, there was an opinion by a lot of Democrats that the way to successfully prosecute the campaign against Trump was to not talk about Trump. We took a very different approach. We thought the first 10 issues in the race were Trump."

The Lincoln Project rewrote the political playbook by going on the guerrilla attack instead of what they'd done traditionally for years — research an issue, strip it down to a core message, cut a campaign ad, test it with focus groups, re-edit and finally run it — weeks or months after the idea. At the Lincoln Project, an ad might be an idea one day and online the next.

"We had more than 300 pieces of video content last year," said Lincoln Project co-founder Rick Wilson. "We didn't have time to sit in focus groups." All totaled, they completed 60 million views of their television ads and delivered 242 million digital impressions, according to a 2020 stewardship report.

In the first few months of the Lincoln Project, the group raised about $5 million, a number that would grow 20-fold by the end of 2020.

"The idea that you had to do something was something that really motivated us all," Wilson recalled. "We couldn't sit on the sidelines as the Trump movement became increasingly obvious what it was. We couldn't say we were OK with authoritarianism, with cruelty. We couldn't be OK with that because we saw what the alternative was — a country that looked so different from an American republic."

And today, pariahs in their old party, they're still at it.

"Our business is democracy and American liberty and the preservation of a republic that is challenged every day by people who would destroy it in order to gain political power. We live in a very dangerous moment. We'll work with anybody who wants to preserve democracy."

"Men ought either to be indulged or utterly destroyed, for if you merely offend them they take vengeance, but if you injure them greatly they are unable to retaliate, so that the injury done to a man ought to be such that vengeance cannot be feared."—Niccolo Machiavelli, 'The Prince'

About 100 years after former S.C. Confederates sabotaged Reconstruction in 1876, Palmetto State political consultant Lee Atwater started practicing "win at all costs" politics. It eventually propelled Carroll Campbell into Congress and later as a Republican in the governor's mansion who masterminded the GOP's takeover of the S.C. House of Representatives. Atwater then led the 1988 presidential campaign of George H.W. Bush, fueled by acolytes like Wilson and Stevens.

"All of us were raised on this (kind of politics)," Wilson said. "It was the Lee Atwater line — 'Just win, baby.' That was Machiavelli with a Southern accent. You go out there and win. That's something that informed our work."

But after Trump seized control of the GOP in 2016 and his party congressional leaders fawned despite pettiness, scandal and lies, it became too much for Wilson, Stevens and Lincoln Project co-founders Reed Galen and Steve Schmidt, both key players in Sen. John McCain's 2008 presidential campaign.

Since then, they've weathered their own scandals, notably the resignations of Schmidt and others after reports of sexual misconduct by another co-founder and questionable campaign tactics in a 2021 Virginia race for governor. They've also been criticized for double-dealing by steering millions of dollars raised to media companies with which they are connected.

Meanwhile, John Podesta, chairman of the center-left Center for American Progress, said the creative work by the Lincoln Project "is terrific, but they didn't put enough behind it." By that, he meant it needed to get broader attention beyond digital impressions and targeted television ads. The messaging reached Democrats, who needed to feel good that somebody was punching at Trump, he said, but it wasn't clear how much of a difference it made to mainstream GOP voters.

"But when it was as close as it was, you could plausibly say that everything mattered," observed Chris Cooper, a Charleston native who has a digital Democratic consulting firm in Washington.

Another Democratic strategist, Pennsylvanian Eric Schnurer, said he believes the most important issue for the future of American politics is to bring the GOP back from "the insanity into which it is sinking further every day," but it may be too late.

As for the Lincoln Project, Schnurer agreed it makes good ads that entertain Democrats.

"I don't know if they're effectively reaching the swing or loosely Republican-attached voters needed to win elections," he said, adding that he worried about Democrats losing big ground in 2022, which would lead the GOP to retake control of Congress.

"They (Lincoln Project) don't seem to be establishing a beachhead for other establishment Republicans to join them, or creating a movement for the new centrist-conservative party that might splinter the vote or even encouraging or shaming one Republican out of their willingness to play the role of a modern Richie Rich, selling their souls for bootlicking political sinecures.

"So yes, the Lincoln Project may indeed be the most important political organization in the country right now, which is largely a sign of how hopeless things have become."

"He will win who knows when to fight and when not to fight. ... If your opponent is of choleric temper, irritate him." —Sun Tzu, 'The Art of War'

"I am a Democrat. The Lincoln Project was a group of former Republicans. I joined the Lincoln Project because all of us have to put past fights and differences aside and come together on the only thing that matters right now — saving our union, our republic and our democracy."

He fought for Democrats against people like Wilson and Stevens. "Those differences no longer matter," Trippi said. "The threat to our democracy is real and all of us as Americans have to put our differences aside to stop it."

Wilson and Trippi said the Lincoln Project is going into 2022 strong and will hit back in early January to remind Americans of the threat that the Jan. 6 rioters made to the nation's freedoms.

"No American who cares about preserving our democracy for future generations can afford to be exhausted now," Trippi said. "Authoritarians like Trump count on their ability to exhaust their opponents. That is how they win. The Lincoln Project has hundreds of thousands of energized supporters. Far from being exhausted, we are waking up more and more Americans every day to what this fight is really about."

Wilson said Lincoln Project leaders have been re-engaging major donors in recent months who he said "are recognizing we have a fairly unique proposition in the American political space and we bring a perspective that few other groups can replicate. A large corps of voters are still in play."

John L.S. Simpkins, who runs the North Carolina-based MDC think tank, says it's important for groups like the Lincoln Project, as well as legal aid centers, media and community organizers, to push for a vibrant civil society to protect American democracy. He learned that lesson almost 30 years ago when he worked in South Africa as a new Harvard graduate as the country moved from apartheid to democracy.

"An anti-fascist, fiscally conservative alternative to the modern GOP would be one new church for the Lincoln Project to plant, but that is the work of generations, not election cycles," said Simpkins.

Heidi Beirich, an expert on extremism who is a co-founder of the Global Project Against Hate and Extremism based in Montgomery, Alabama, said more pro-democracy work needs to be done, especially as conservative organizations are attacking voting infrastructure.

"Stacey Abrams and her organization [in Georgia], as well as other organizers for the Latino and Black communities, are doing important, on-the-ground work," she said. "We need more public education on what is happening to our voting system and more investment in get-out-the-vote efforts. The media also needs to be more aggressively covering what is happening so that people will believe in our electoral system."

Wilson vows the Lincoln Project will be active in 2022 and 2024, hustling, pushing, messaging, strategizing and trying to sway voters to protect democracy.

Andy Brack is a South Carolina columnist and publisher of the Charleston City Paper.