By Billy Manes and Erin Sullivan
click to flip through (2) 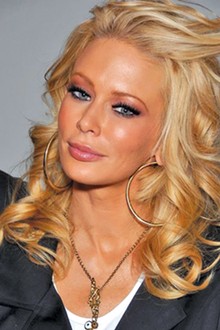 Frankly, we can't even begin to wrap our Happytown™ heads around the shock and awe of the Aug. 14 primary, though it should probably be noted that as of press time, said election coup had yet to occur. But still, wasn't that awesome? Can you even believe those chills crawling down your wonk legs? No!

Anyway, one campaign we have been watching in real time – because it's still happening – is the Orange County earned sick-time initiative and the roller coaster of class warfare it has engendered among the businesses, politicians and residents hanging in its balance.

Last week started off with a bang (a bang we couldn't even write about because we were using our earned sick time to nurse a broken finger! Irony!) when the Orlando Sentinel got its hands on a leaked memo from July 27 that Central Florida Partnership chamber-master Jacob Stuart confidentially sent to his address book of chambercrats. That memo laid out the business collective's intention to seek legal remedy against sick-time petition collective Citizens for a Greater Orange County, because, you know, poor businesses in a tough economy! By Aug. 8, Stuart and Co. had filed their initial lawsuit, just one day after Orange County Mayor Teresa Jacobs – an outspoken opponent of the initiative – tossed out an olive branch and said that the activists still had a chance to make it onto the Nov. 6 general election ballot if they could squeeze out enough confirmed petitions (43,605 to be exact, with 7 percent representation from each county district). Jacobs effectively said that if they could get it all squared up by Aug. 10 (or shortly thereafter), there could still be enough time to get out public notice and have a discussion at the Aug. 28 Board of County Commissioners meeting. The only hang-up there is that Orange County Supervisor of Elections Bill Cowles is hoping to get the damn ballots to the printers by Aug. 21. So, basically, it's a scramble that is likely to involve a lot of finger pointing in the end.

As of Aug. 12, Cowles – who was trying to get things in order for the Aug. 14 primary-palooza – seemed fairly positive on the measure, calling the ongoing process of petition verification "fluid," but he was still sticking to his Aug. 21 printing guns. By Aug. 13, Citizens for a Greater Orange County was already claiming victory following a weekend that saw more than 3,000 ballots turned in, largely from the gated climes of District 1, where the group was having the most trouble. So what happens now?

Well, two things are possible: the commission could force Cowles to print the sick-time page of the ballot separately (assuming the 4,082 awaiting verification check out OK) at its Aug. 28 meeting, and then – as it is likely to do – the chamber could follow through with its promise to spend millions to defeat the measure, tossing the whole thing into public and courtroom litigation via slanted studies provided by a questionable group associated with the American Legislative Exchange Council, Parquet Public Affairs. Regardless, according to lead sick-time petition organizer Stephanie Porta of Organize Now, the county's legal department has already been calling the group to check on the language for official purposes. For now, though, Organize Now is basking in the glow of victory for the exhaustive efforts put forth by local compassionate folks with a lust for democracy. Which is kind of awesome when you consider that recent polling shows 67 percent support for the measure in Orange County – so, uh, suck it chamber.

"Today, we're delivering information packets on the Earned Sick Time initiative requested by the County Commission for their review at their August 28th meeting," said Marlon Washington, chair of Citizens for a Greater Orange County, in an Aug. 13 press release. "We look forward to sharing with commissioners this data on the benefits Earned Sick Time will provide for Orange County's economy, business owners and hardworking families." Just hold off on getting sick for now, OK?

Speaking of election hijinks, Paul Ryan's boyfriend Mitt Romney may not have been a big hit in London. But he is, apparently, big in Myanmar. At least among the troubled country's young actors, actresses and teeny-bopper musicians.

For the past month, Ms. Chit Thu Wai, a Myanmar pop singer, model, actress, activist and pediatrician (!), has been emailing us at Happytown HQ requesting that "the voters from the Florida state, the independent voters from the Republican Party and the voters from the Democratic party vote for Mr. Mitt Romney in the U.S. presidential election in Florida on 6th November 2012." (The email also requests that everyone vote for Connie Mack in the Republican Senate primary on Aug. 14, but that race will be long done by the time this issue hits the streets.) The email is signed by 86 Myanmar celebs, including Chit Thu Wai, her sister Chit Suu Wai, actress Soe Myat Thuzar, "Myanmar hunks" like Phyo Ngway Soe and socially conscious actor Pyay Ti Oo, who founded a nonprofit organization to help poor Burmese kids get into medical school.

It's tough to say what a group of Myanmar pop-culture icons sees in Romney, who really hasn't had much to say about the country. Myanmar (aka Burma) has been subject to trade sanctions by the U.S. until recently when President Barack Obama declared the nation open for business, despite concerns raised by the nation's opposition leader, Nobel Peace Prize winner Aung San Suu Kyi, who warns that international investors proceed cautiously – Myanmar is, after all, still a minefield of human-rights abuses. The nation's Rohingya Muslims are among the most persecuted minorities in the world and routinely suffer slaughter at the hands of the nation's Buddhist majority. Yep, Buddhists kill, too.

Anyway, we emailed Chit Thu Wai back, to ask what gives – is it that the story finally made it back to Myanmar that when Romney was CEO of the 2002 Olympic Games in Salt Lake City, the U.S. team's uniforms were manufactured in Myanmar? Do they relate to the fact that in public appearances, Romney's curious manner of speaking often makes it sound like maybe his words were translated from Burmese, then back into English? Maybe they like his hair?

"When you're rich, you want a Republican in office," she was quoted by website morallowground.com as saying while sipping Champagne in the club's VIP room.

And if you're poor, you're fucked no matter what. Burmese days for everyone!