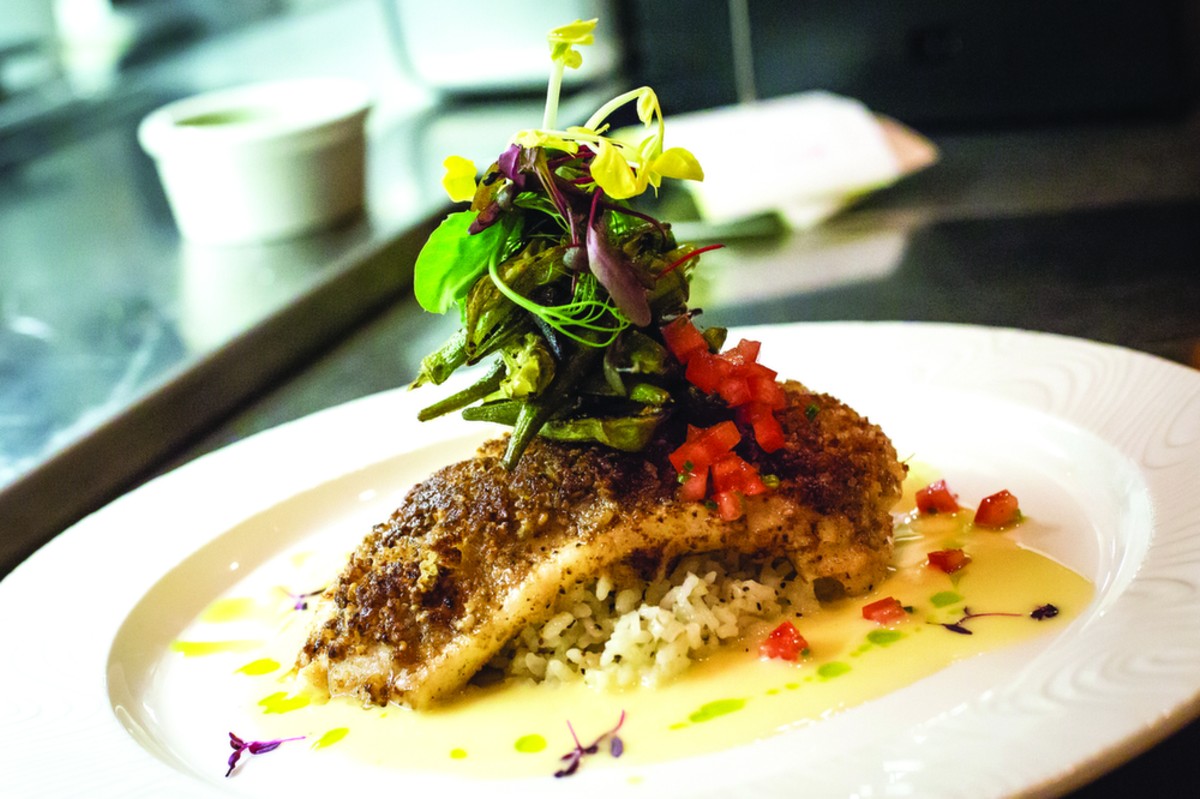 Soco, Greg Richie's paean to refined Dixie dining, made our list of "2014's top tables" with good reason. His imaginative, sometimes fanciful, takes on classic Southern staples are of the sort one would see on East Bay Street in Charleston, South Carolina, not East Central Boulevard in Orlando. And while Richie's track record is impressive (Roy's, Tchoup Chop, Cityfish), it's at Soco that his passion for Southern cookery is nurtured and cultivated, giving rise to utterances of "Hue who?" from residents of Thornton Park and Eola Heights.

Richie's dishes certainly don't hold back; some say he gets a bit carried away, but Southern cuisine isn't one rooted in subtlety. So while the flavors in many of his dishes can get complex – the cassoulet of duck confit with boiled peanuts, andouille sausage, bacon and biscuit gremolata ($9), for instance – they certainly make for compelling dining. His Asian-inspired interpretation of chicken and dumplings ($11) is at once accessible and stimulating, with local mushrooms, edamame and soy butter slicking lobster-filled pockets graced with carved chicken breast. The Carolina fluke ($25), served with Carolina Gold rice and Canaveral shrimp hushpuppies, is given an assertive pecan crust, while incredibly luscious molasses-glazed hanger steak ($25) with smoked brisket hash browns, mustard sauce and a grilled green tomato chow-chow might have you swearing off rib-eyes for good.

But as solid as things may seem with Richie at the helm, the kitchen sometimes struggles in his absence. On one visit, the chicken-fried cauliflower steak ($17) suffered from an uneven cook, compelling my dining comrade to leave a good chunk of the crunchy, uncooked veg uneaten on the plate. Yet on a previous visit, the same dish was flawless under Richie's direction. An over-salted smoked ham broth certainly didn't mar the cast iron-seared Arctic char ($24), but our constant glances into the kitchen revealed the cooks weren't really tasting the food before sending it out. Proper seasoning is as much a matter of ability as it is a matter of discipline, and a little bit of the latter may have helped avoid the seasoning gaffe in the broth, as well as in the otherwise stellar smoked black-eyed pea tortellini ($16). That vegan dish was sorely underseasoned. Small quibbles, but ones worth noting. That said, the hot-smoked cobia ($26) with buttermilk potato cake and black-eyed pea tomato salsa is a perennial winner, with or without Richie in the back, and one that typifies the menu's Southern-contemporary complexion.

The restaurant's design befits that complexion as well, its rustic elegance making a markedly more inviting impression than Hue's staid interior. The bar area has become a popular gathering ground (happy hour runs weekdays from 5-7 p.m.) thanks to a notable beverage program centered on whiskey, bourbon and craft cocktails. A syrup employing some of that whiskey laces the outstanding warm apple and oatmeal spice cake ($8), but it's the pink peppercorns in that sugary solution that really pack a wallop. Equally indulgent, though sensorially less timid, are the potato chip-crusted chocolate cake ($9) and house-made moon pies ($7) served with a vanilla ice cream float fashioned from RC® Cola.

Service straddles the line between casual and refined – on most occasions, we've experienced the latter; on one occasion, the server laughed off wine and water spills, and seemed to need a refresher course on place setting. Knowing Richie's drive and dedication, such trifling issues will be worked out. While the South is part and parcel of Soco's ethos, he'll be damned if competency levels head in that direction.