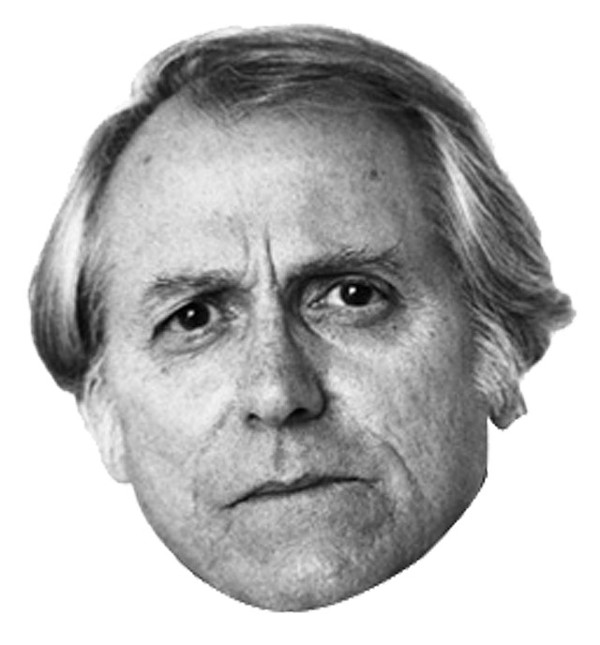 ARIES (March 21-April 19) The data that's stored and disseminated on the Internet is unimaginably voluminous. And yet the 540 billion trillion electrons that carry all this information weigh about the same as a strawberry. I'd like to use this fun fact as a metaphor for the work you're doing these days – and the play, too. Your output is prodigious. Your intensity is on the verge of becoming legendary. The potency of your efforts is likely to set in motion effects that will last for a long time. And yet, to the naked eye or casual observer, it all might look as simple and light as a strawberry.

TAURUS (April 20-May 20) What if you have a twin sister or brother that your mother gave up for adoption right after you were born and never told you about? Or what if you have a soul twin you've never met – a potential ally who understands life in much the same ways that you do? In either case, now is a time when the two of you might finally discover each other. At the very least, I suspect you'll be going deeper and deeper with a kindred spirit who will help you transform your stories about your origins and make you feel more at home on the planet.

GEMINI (May 21-June 20) I urged my readers to meditate on death not as the end of physical life, but as a metaphor for shedding what's outworn. I then asked them to describe the best death they had ever experienced. I got a response that's applicable to you right now. It's from a reader named Judd: "My best death was getting chicken pox at age 13 while living in the Philippines. My mother banished me to the TV room. I was uncomfortable but hyperactive, lonely and driven to agony by the awful shows. But after six hours, something popped. My suffering turned inside out, and a miracle bloomed. I closed my eyes and my imagination opened up like a vortex. Images, ideas, places, dreams, people familiar and strange – all amazing, colorful and vibrant – flowed through my head. I knew then and there that no material thing on this Earth could hook me up to the source of life like my own thoughts. I was free!"

CANCER (June 21-July 22) Conservationists are surprised by what has been transpiring in and around Nepal's Chitwan National Park. The tigers that live there have changed their schedule. Previously, they prowled around at all hours, day and night. But as more people have moved into the area, the creatures have increasingly become nocturnal. Researchers who have studied the situation believe the tigers are doing so to better coexist with humans. I suspect that a metaphorically similar development is possible for you. Meditate on how the wildest part of your life could adapt better to the most civilized part – and vice versa. (Read more: tinyurl.com/HumanTiger.)

LEO (July 23-Aug. 22) What is a dry waterfall? The term may refer to the location of an extinct waterfall where a river once fell over a cliff but has since stopped flowing. Döda Fallet in Sweden is such a place. "Dry waterfall" may also signify a waterfall that only exists for a while after a heavy rain and then disappears again. One example is on Brukkaros Mountain in Namibia. A third variant shows up in "Cliffs Beyond Abiquiu, Dry Waterfall," a landscape painting by Georgia O'Keeffe. It's a lush rendering of a stark landscape near the New Mexico town where O'Keeffe lived. Soon you will have your own metaphorical version of a dry waterfall. It's ready for you if you're ready for it.

VIRGO (Aug. 23-Sept. 22) You are getting to where you need to be, but you're still not there. You have a good share of the raw materials you will require to accomplish your goal, but as of yet you don't have enough of the structure that will make everything work. The in-between state you're inhabiting reminds me of a passage from the author Elias Canetti: "His head is made of stars, but not yet arranged into constellations." Your next assignment is to see what you can do about coalescing a few constellations.

LIBRA (Sept. 23-Oct. 22) Doctors used to believe that ulcers were caused by stress and spicy foods. But in the 1980s, two researchers named Barry Marshall and Robin Warren began to promote an alternative theory. They believed the culprit was H. pylori, a type of bacteria. To test their hypothesis, Marshall drank a Petri dish full of H. pylori. Within days he got gastric symptoms and underwent an endoscopy. The evidence proved that he and his partner were correct. They won a Nobel Prize for their work. (And Marshall recovered just fine.) I urge you to be inspired by their approach. Formulate experiments that allow you to make practical tests of your ideas, and consider using yourself as a guinea pig.

SCORPIO (Oct. 23-Nov. 21) This is not prime time for you to rake in rewards, collect hard-earned goodies and celebrate successes you've been building toward for a long time. It's fine if you end up doing those things, but I suspect that what you're best suited for right now is getting things started. You'll attract help from unexpected sources if you lay the groundwork for projects you want to work on throughout 2013. You'll be in alignment with cosmic rhythms, too. Your motto comes from your fellow Scorpio, writer Robert Louis Stevenson: "Judge each day not by the harvest you reap but by the seeds you plant."

SAGITTARIUS (Nov. 22-Dec. 21) On a beach, a man spied a pelican that was barely moving. Was it sick? He wanted to help. Drawing close, he discovered that ants were crawling all over it. He brushed them off, then carried the bird to his car and drove it to a veterinarian. After a thorough examination, the doctor realized the pelican was suffering from a fungus that the ants had been eating away – and probably would have removed completely if the man hadn't interfered. Moral of the story: Sometimes healing takes place in unexpected ways, and nature knows better than we do about how to make it happen. Keep that in mind during the coming weeks.

CAPRICORN (Dec. 22-Jan. 19) A farmer in Japan found a 56-leaf clover. Well, actually, he bred it in his garden at home. It took effort on his part. Presumably, it provided him with 14 times the luck of a mere four-leaf clover. I don't think your good karma will be quite that extravagant in the coming week, but there's a decent chance you'll get into at least the 16-leaf realm. To raise your odds of approaching the 56-leaf level of favorable fortune, remember this: Luck tends to flow in the direction of those who work hard to prepare for it and earn it.

AQUARIUS (Jan. 20-Feb. 18) The largest bell in the world is located in Moscow, Russia. Called the Tsar Bell, it's made of bronze, weighs 445,170 pounds, and is elaborately decorated with images of people, angels and plants. It has never once been rung in its 275 years of existence. Is there anything comparable in your own life? Some huge presence that has never actually been used? The time is near when that stillness may finally come to an end. I suggest you decide how this will occur rather than allowing fate to choose for you.

PISCES (Feb. 19-March 20) Are you interested in experiencing a close brush with a holy anomaly or a rowdy blessing or a divine wild card? If not, that's perfectly OK. Just say, "No, I'm not ready for a lyrical flurry of uncanny grace." And the freaky splendor or convulsive beauty or mystical mutation will avoid making contact with you, no questions asked. But if you suspect you might enjoy communing with a subversive blast of illumination – if you think you could have fun coming to terms with a tricky epiphany that blows your mind – then go out under the night sky and whisper a message like this: "I'm ready for you, sweetness. Find me."

rate information about the state of the world. Would you consider doing more of that? According to my astrological analysis, the coming months will be a time when you can learn a lot from non-human intelligences.