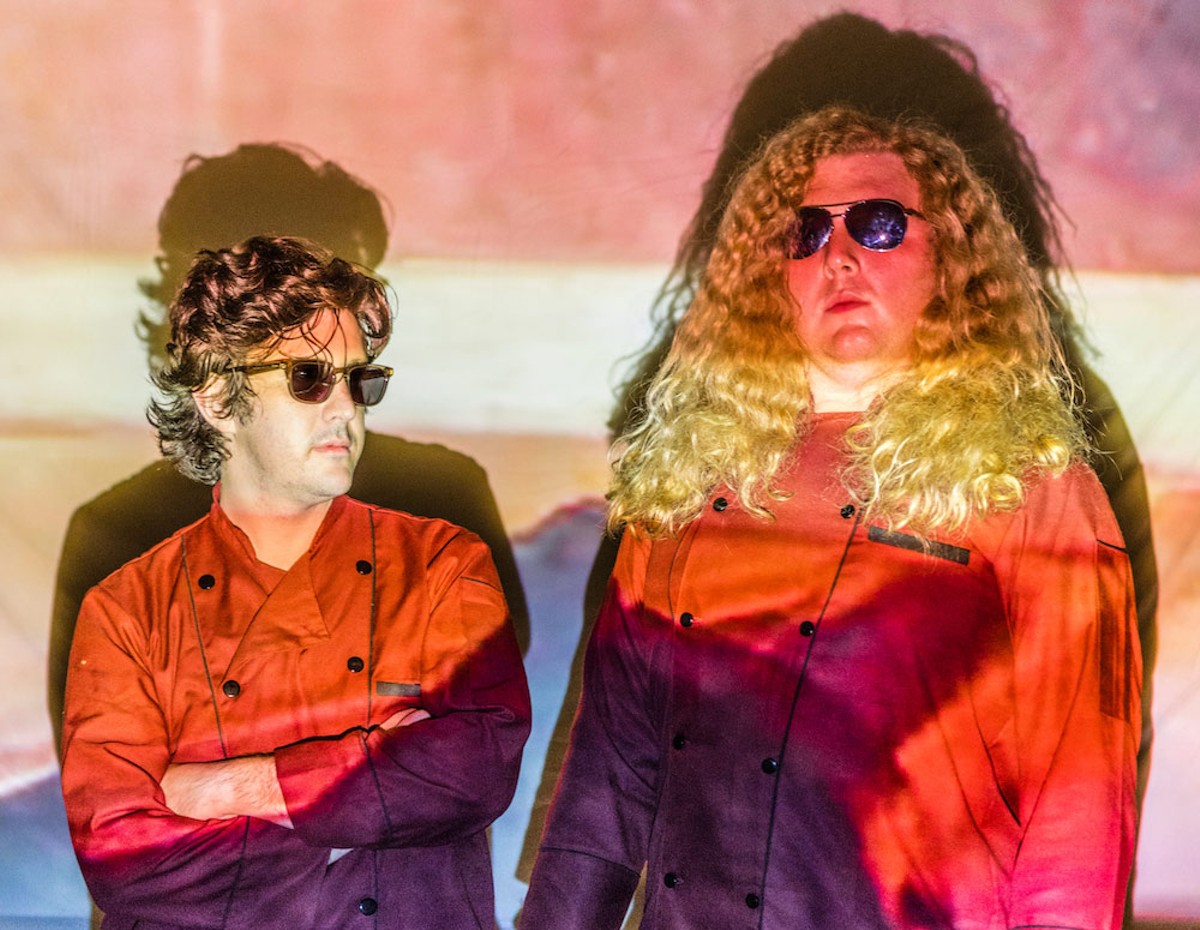 Photo courtesy of the artist

For Anna Eskamani-endorsed avant-rockers TTN, evolution is the prime directive

The evening of May 29 had a valedictory air to it, an (ahem) return to normalcy, or as normal as possible for the outer fringes of the local music scene. Flush with vaccinations and unaware of the looming Delta variant, a large crowd of heads packed their way into Will's Pub to check out the likes of Tinnitus Rex, Alien Witch, Bongus and Trotsky's Watercooler. But the night belonged to electro-grind group TTN.

Pared down from a quartet the last time we'd seen them pre-pandemic to a trio, TTN had a newfound confidence on a much bigger stage than previous house show ventures.

This was a deconstruction and reconstruction of rock spectacle, skittering electronics melded to distorted-guitar stomp, complete with matching jackets adding an element of Devo to the whole affair.

The heart of the band was easy to spot. Percussionist Ben Ryder played a drum machine live like it was a typewriter and he was writing a ransom note, and guitarist Benjamin Gregory looked like a member of Carcass who'd wandered into the wrong gig, with his impressive mane flailing everywhere. And, wait, was that State Rep. Anna Eskamani in the crowd taking video? (In fact it was; just scroll back on her official Instagram for proof.)

Fast-forward a little over three months and TTN will be taking the stage at Will's Pub again on Sunday. The mood is now more muted in live-music circles, and masks are back. TTN are a different band this time, too. Slimmed down to a duo (the two aforementioned Bens), TTN are more focused and intent than ever on the work above everything else.

This will be the band's third show back since the near-total 2020 cessation of live music, but TTN have been working nonstop on new music, first in a storage unit and then at the new band headquarters in far-off DeBary — collaborating with producer/beatmaker Byson and Dan Reaves of Trotsky's Watercooler.

"Dan approaches sound the same way we do," says Ryder of Reaves. "He's got a really good ear."

The TTN two are putting the finishing touches on their second album, leaning in hard to the industrial (literally) side of their sound. "This most recent release that we're coming out with was heavily inspired by my job right now," explains Gregory. "It's supposed to sound like heavy equipment and metal recycling."

As for Saturday's show, besides debuting the new lineup — "It's going to be exciting," says Ryder, "just the two of us this time" — they'll be playing alongside longtime confederates and post-poppers OhTwo, rising young hip-hop star Choppa Girl and even their high-school punk band Baby Adam, resurrected after a 10-year hiatus.

"The difference between TTN and Baby Adam is that I bleed less when I play in Baby Adam because I'm not having to stretch my fingers to hit the notes," points out Gregory helpfully.

"Who was it who said, 'You've got to bleed when you play?'" jokes Ryder.

And with that, it's back to the factory.