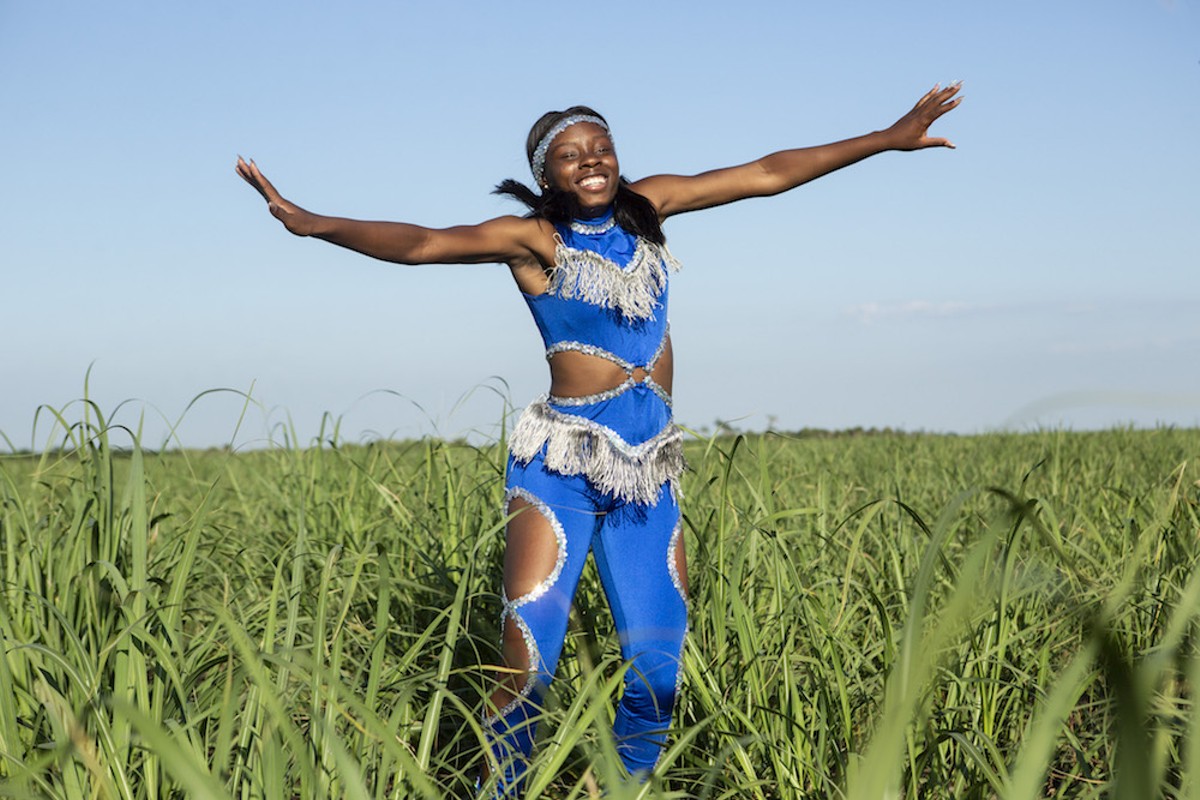 It sounds like a joke: How do you whittle 2,015 submitted films down to just 184? The punchline: carefully.

But for Florida Film Festival Programming Director Matthew Curtis and Programming Coordinator Tim Anderson, it's no joke. It's their job.

"It's not easy," Curtis understates. "You know, it's something that we kind of have an innate sense of how to balance a program, how to order a program, what we like in each section of the festival. ... One of the tag lines long ago of the festival was 'films for everyone.' And we've always prided ourselves on having as eclectic and diverse a slate as possible. So it is a kind of juggling act and a balance. There are always really good films that fall by the wayside because we have too many of those type of films."

Speaking of pride, Curtis and Anderson brag that 47 percent of this year's films are directed by women, with one shorts program devoted exclusively to female directors. But just as they sometimes sacrifice quality to balance subjects, do they sacrifice quality to create other types of balance?

"No. It's the easiest no I'll ever have to answer," Anderson says. "Quality trumps everything. The fact that we keep breaking the record [of number of female filmmakers] is total happenstance. We didn't set out to do it. ... It is 100 percent happening organically."

But what about Florida flicks? After all, this is the Florida Film Festival. Well, everything being equal, Curtis and Anderson admit they might give extra credit to homegrown movies. But they also stress that this is an international event.

"Let's say everything was exactly identical about [two competing] movies, we'd be programming the one from Florida," Anderson says. "[But] your film [is accepted] based on its quality and not based on an ancillary item about it, which I think maybe is a misconception because we are called the Florida Film Festival: that somehow we're uniquely responsible for playing films that are made here. ... But like we would not sacrifice quality to put a female filmmaker ahead of a male filmmaker, we essentially would not necessarily sacrifice quality to put a Florida filmmaker above, you know, a filmmaker from Iowa. ... A lot of times it really breaks our heart."

Knowing they beat out filmmakers from around the globe surely made acceptance all the more gratifying for UCF professors Lisa Mills and Robert Cassanello, who co-directed Marching Forward. The world-premiere documentary explores segregation in 1960s Orlando and joins Pahokee (a coming-of-age documentary set in the Florida Everglades) as this year's "Florida Features."

And new to the festival in 2019 is "Sunshine & Swampland: New Florida Shorts," a collection of 10 Florida shorts, half receiving their world premiere. The program replaces "Best of Brouhaha," which was a favorite among locals because it included winners of the Enzian's monthly FilmSlam competitions. Its elimination was not without controversy, but Anderson says the change was made mostly to allow the festival to select the best films. (Other movies by filmmakers with Florida connections are scattered through the festival too, notably in the Midnight Shorts program.)

Helping Curtis and Anderson are their committee members, who work without pay, though they do receive perks, including free Enzian membership. One such volunteer, Kate Shults – filmmaker, curator and lecturer at the University of Central Florida – sits on the domestic narrative features and experimental shorts committees.

"Each committee is sent every single film submitted for that particular category, and we watch them all!" Shults says. "For about two to three months, I will watch 10 feature films every week. Some committees meet, watch and discuss the films together. Other committees work remotely, then have one very long meeting where we debate and fight for the films we feel strongly about programming.

"Unique and underrepresented perspectives are very important to me as a programmer. I look for films with stories that are subtle and complex. I like a film with a confident style that makes sense for the film and isn't just an unrevised copy of something else. But I think everyone can relate to the sentiment that when you see a good film, you just feel it. Guts and hearts are definitely part of the process."

Because Charles Sutter sits on both the documentary features and documentary shorts committees, he saw around 600 shorts and 280 features. And the toughest task, he says, was cutting those doc features down to a shortlist of just 25.

"This year was a strong year," says Sutter, who is both a filmmaker and online instructor for the LA Film School. "That makes sense when things are a little politically turbulent. Documentaries are more interesting."

But regardless of the quality in a given year, Sutter says the process is more a group effort than a personal crusade.

"I try not to make it about myself, like these are my tastes, this is what I want, this is what I think should be in the festival," he says. "In terms of coming up with those 25 movies that we can all agree on ... there are a couple of different kinds of criteria that we use to get there [such as] how well did this movie execute its own goals."

Though Curtis and Anderson rely on Shults, Sutter and another 19 people across nine committees, they watch about 600-700 films themselves. That's especially impressive considering Curtis has been involved since the festival's debut in 1992. So what keeps him going?

"Oh, God, he's very patient," Anderson interjects, adding that they both have more than their share of OCD.

"I get an awful amount of pleasure and take an incredible amount of pride in bringing the best films I can to this community," Curtis continues. "And I'm kind of really happy I've been given this opportunity to be in such a unique situation. You know, I still love it. And how many people can say that after doing the same job for decades?"