Everything we saw at Tool's Amway Center concert in Orlando

Contagion, I exhale you

Naive, I opened up to you

Now, Contagion, I exhale you"

These are the first words uttered on Tool's Fear Inoculum album from 2019. With lyrics that foreshadowed what would become reality only a handful of months later, fans would wonder and half-jokingly jokingly question, "Did Tool predict the pandemic?"

Originally scheduled to play Orlando in April of 2020, Tool returned to make their Amway Center debut on Feb 8.

The legendary New York avant-indie trio, Blonde Redhead, is opening the first half of this tour. Maynard James Keenan described them on a recent instagram post as a band with "incredible melodies, complex & subtle rhythms, and non-traditional arrangements." Explaining to Tool fans, that he chose this band as the opener because of their diversity and urging them to listen to Blonde Redhead with open minds.

The band played songs from their deep catalog that spans back to 1995. This is a discography worthy of a deep dive. There's something about Blonde Redhead that is so subtle but yet so meaningful. Notable albums are 23, Misery is a Butterfly, and Melody of Certain Damaged Lemons.

After a short pause, the lights went down and the distinct hiss of static synths from the aforementioned Fear Inoculum's title track, instantly recognizable, snaked through the arena.

Concertgoers were treated to classics such as "Opiate," "The Pot," "Pushit," "Hooker With a Penis," "Right in Two" and "The Grudge." The energy was more alive than ever at Amway Center, everyone in that crowd was singing every lyric right along with Keenan, beyond eager with excitement especially after these last two years.

With Tool, it is hard to find words to describe the visual production. It is unmatched, this band spares no expense when it comes to showcasing their art.

Tool played one of the most memorable encores of their career. After a 9-song set and a 12-minute intermission, Danny Carey returns his drum kit rocking an Orlando Magic jersey numbered 22. He is the only one on stage at this time and starts the epic drum solo, "Chocolate Chip Trip." Carey diverts his attention over to a modular synth setup behind him and creates a psychedelic, continuing his drum solo in unison with the synthesizer. The band then all came to the front of the stage and performed "Culling Voices" in a much more intimate setting.

Tool have a very strict “No Phones" policy, and  it's honestly a treat not to see thousands of little screens behind held aloft during the set. "Invincible" was the last song of the night, and Keenan gestured to the crowd at this time to “pull out your stupid fucking cell phones” so we could capture those video clips that in all likelihood won’t even really be watched by anyone. Tool is a special band, after all, and it's about being in the moment and being present with the music.

Photos by Jacquelin Goldberg
Scroll down to view images 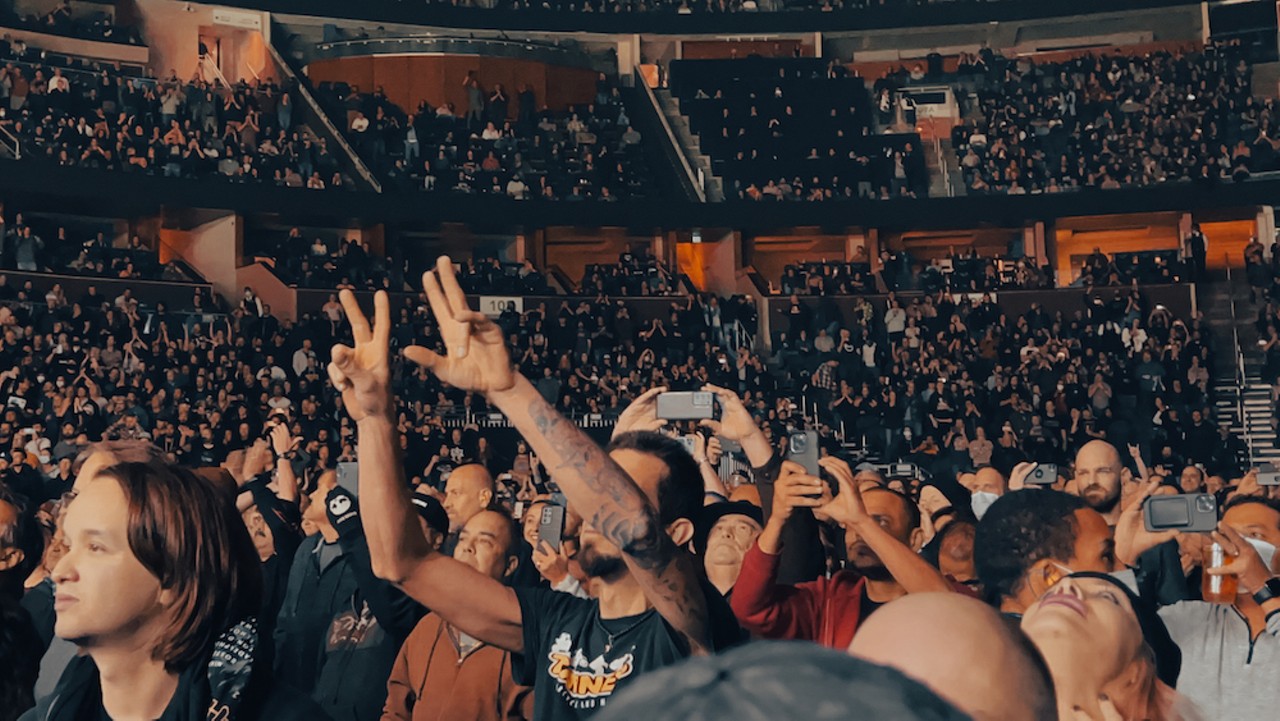 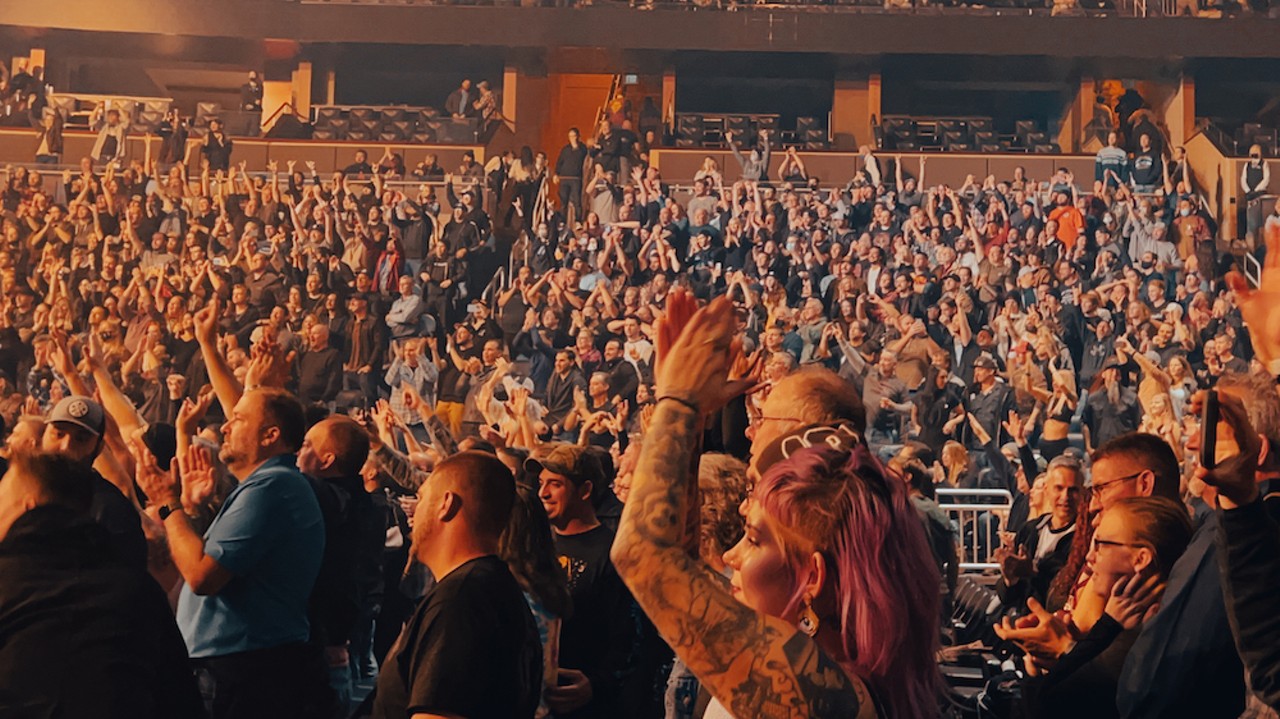 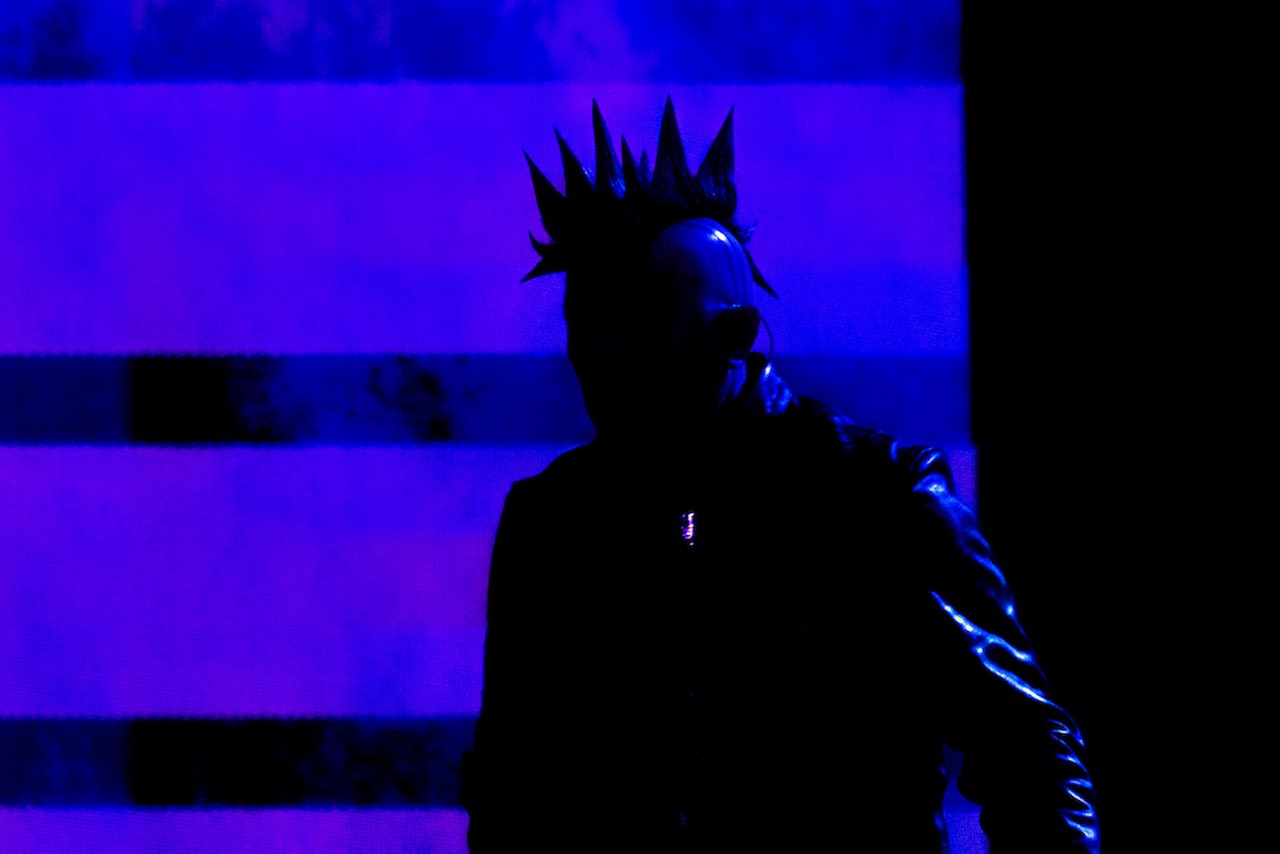 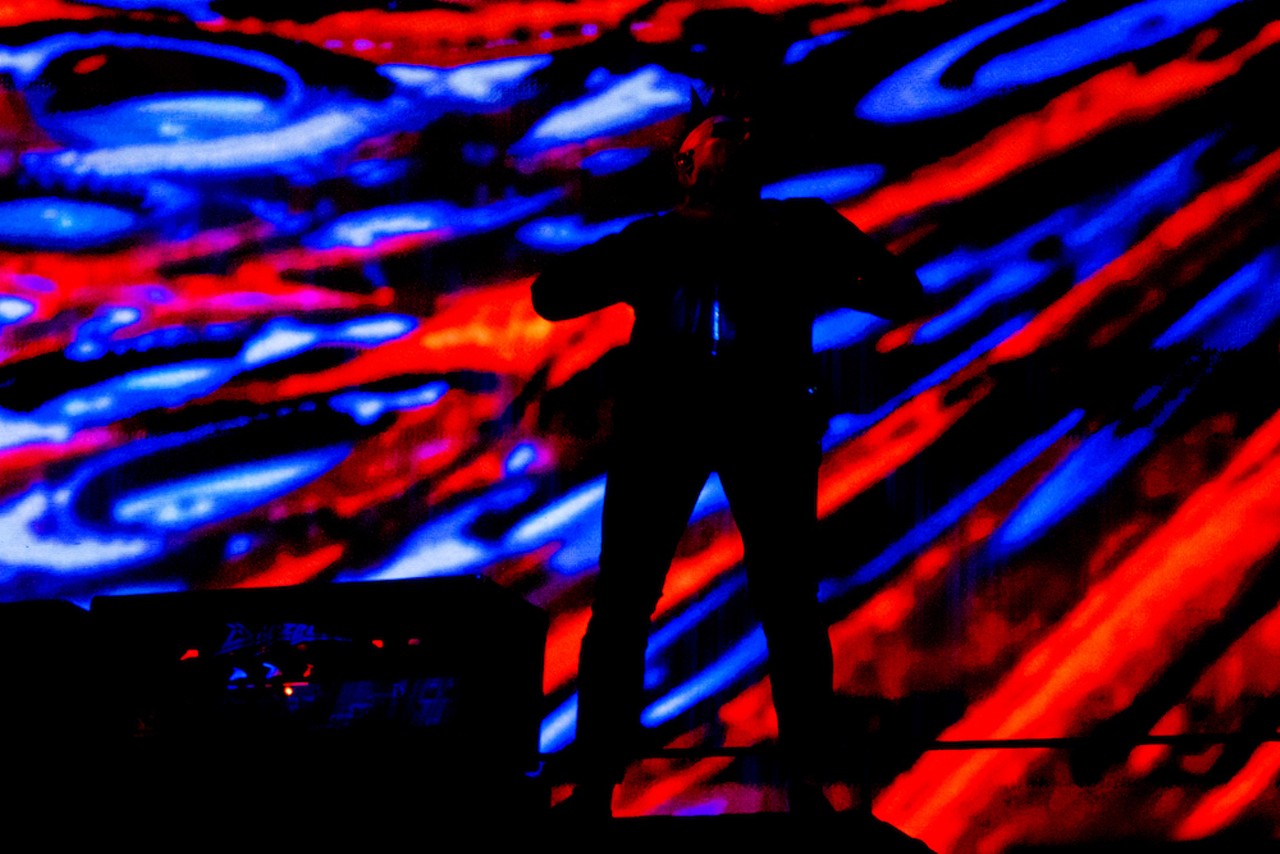 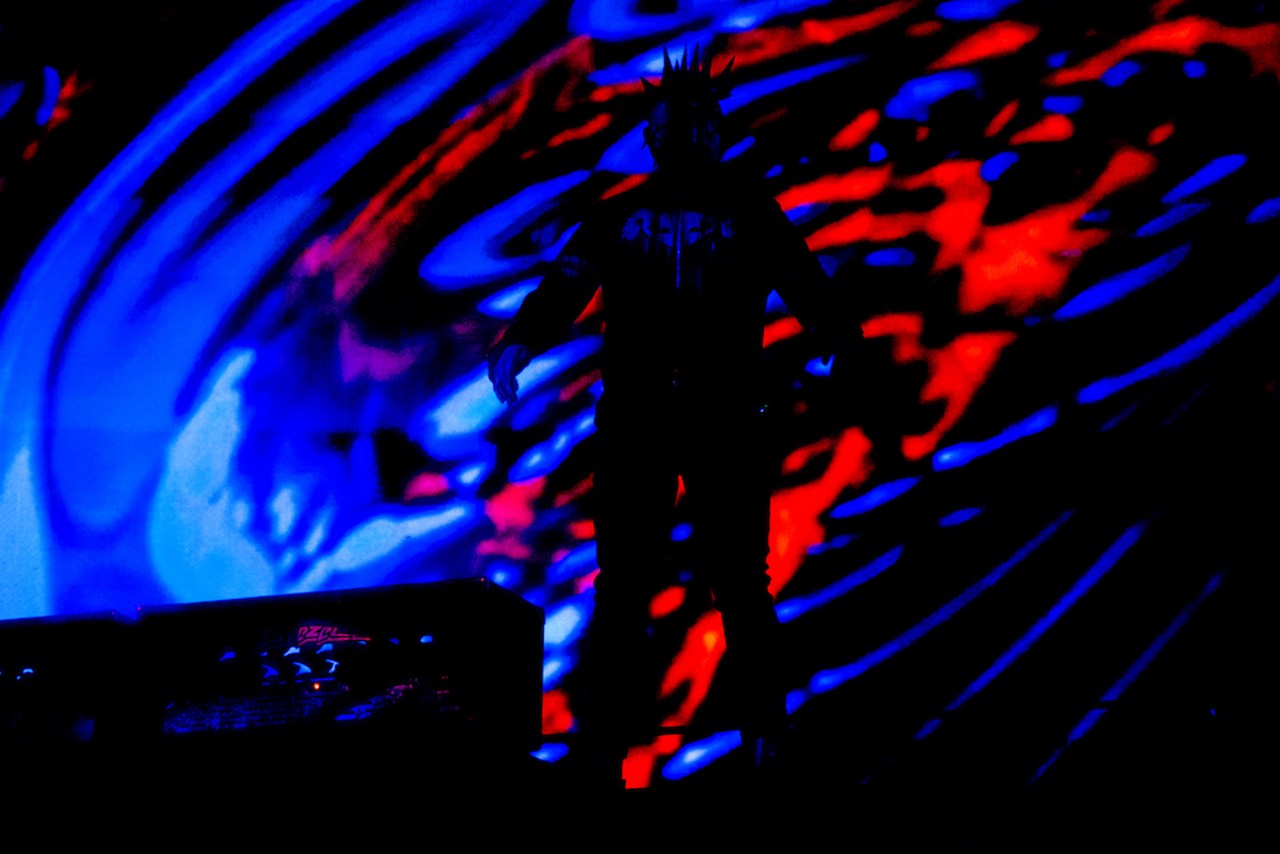 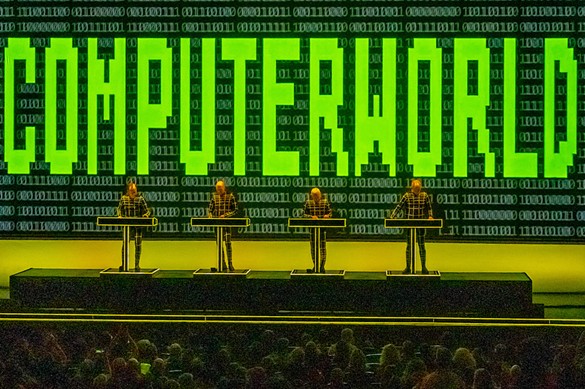 Post-hardcore kings Mewithoutyou are calling it quits after over two decades' worth of music. But they're going out in style with a… 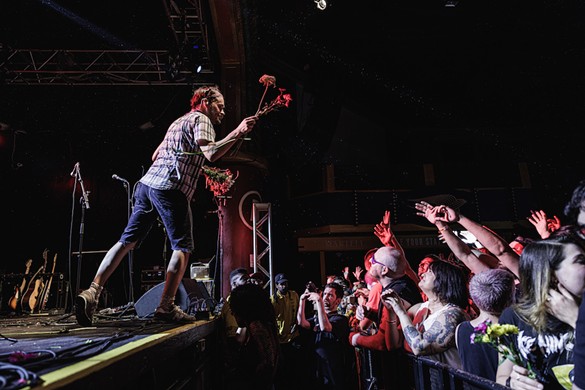 Swedish pop singer LÉON brought her "Fade Into A Dream" tour, her first stateside jaunt since 2019, to Orlando's Plaza Live on… 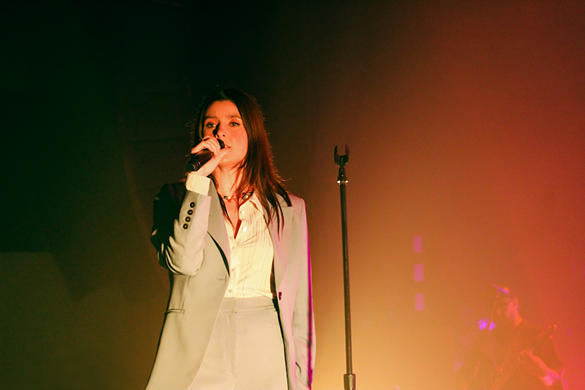 Sunday evening was a rock of ages at Camping World Stadium. After two years of waiting, Poison, Mötley Crüe and Def Leppard… 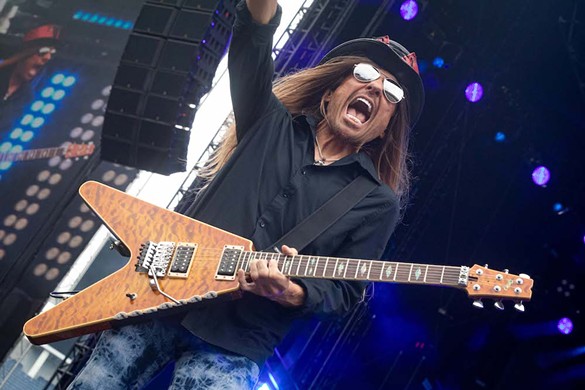 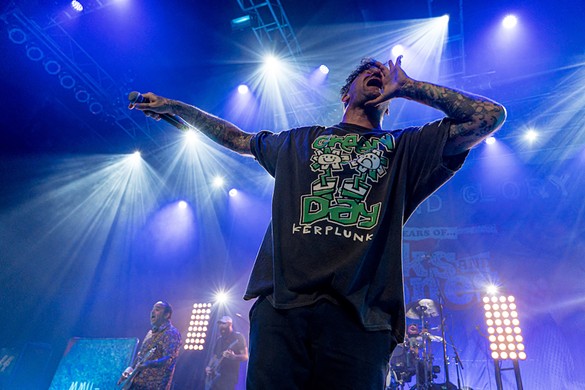 Reggaeton fans come from all over to watch their favorite artists perform on one stage at Vibra Urbana last weekend. Lunay took… 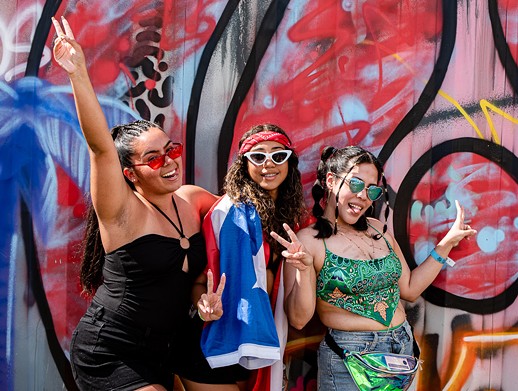