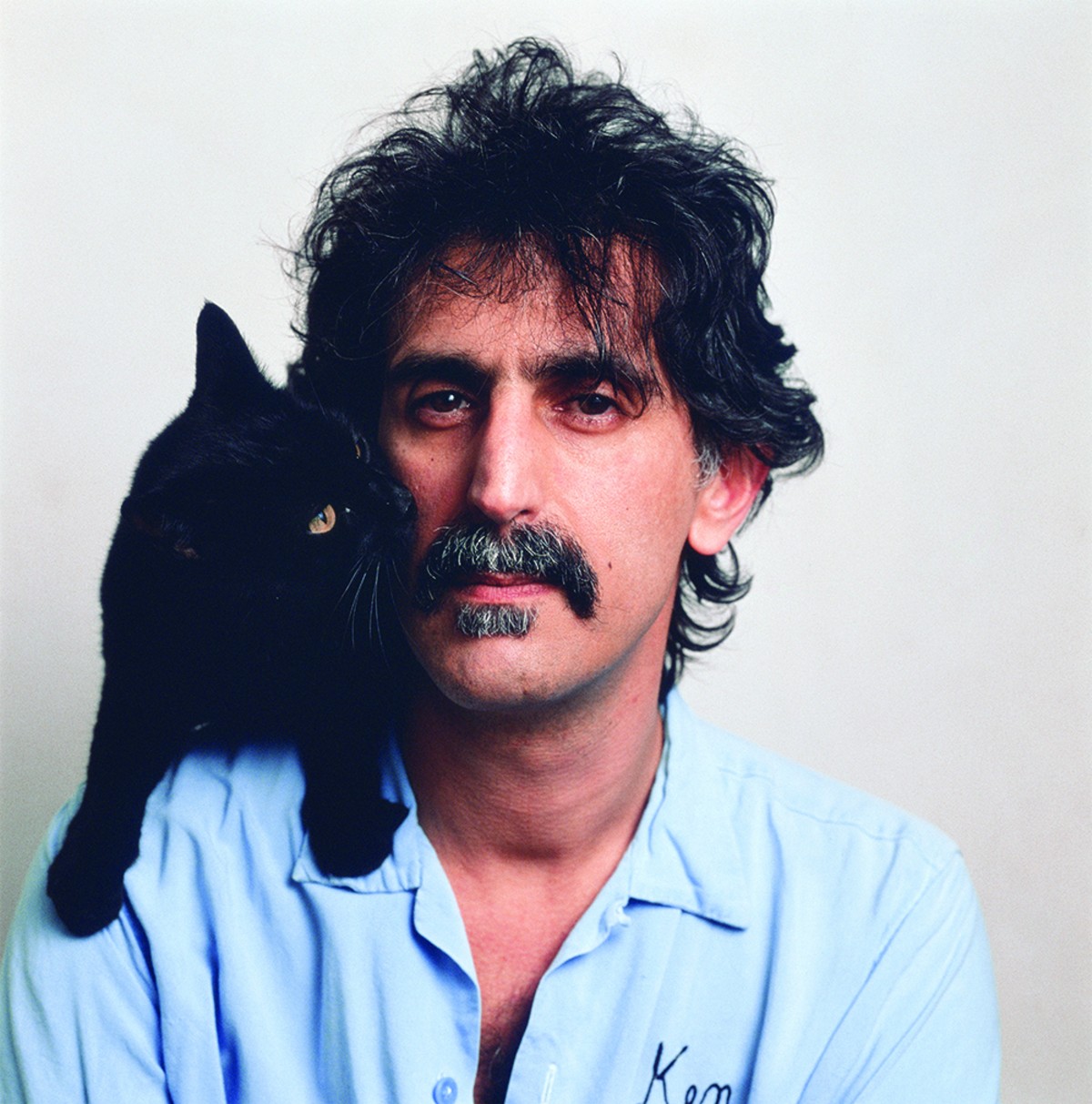 Though he's been gone for more than 22 years, there hasn't yet been an authorized expository documentary about iconic 20th-century musician Frank Zappa. It's a surprise; Zappa self-documented thoroughly and still has rabid fans, not to mention a cult following equally divided among rock, jazz and classical musicians.

Eat That Question: Frank Zappa in His Own Words is not that expository documentary. (Look for Alex Winters to potentially get there first with his forthcoming crowd-funded Who the F*@% Is Frank Zappa.) Instead, German documentarian Thorsten Schütte briskly and chronologically edits Zappa's interviews to create a doc that's closer to a DVD commentary track than a rounded-out artist's story. But if you are a Zappa freak, plan a visit to the Regal Winter Park Village theater this week. [UPDATE: The film's PR rep just notified Orlando Weekly that Eat That Question will open Aug. 12, instead of Aug. 3 as originally stated.]

Zappa was a bankable fly-in-the- ointment interview whether on radio, television or, most famously, in Congressional testimony. As a TV-watching child, I remember worrying that Muhammad Ali was going to cause grievous bodily harm to Howard Cosell during their contentious late-'60s interviews. But from an adult's perspective, it's clear these were two fine theater actors at work, displaying a genius symbiosis. The same could be said of Zappa's broadcast interviews of the 1960s, '70s and '80s: Zappa shows up, the cameras roll and an almost inevitable pugilism between interviewer and interviewee proceeds.

The interviewers are either incapable of corralling the friction and volatility of Zappa's answers or they are, with some guile, lighting the fire just as Cosell did, poking at the societal defaults that predictably made that Zappa contort and report. Many of the interviews play like conversational grindcore – truculence branded with a scowl and an iconic mustache, soul patch and stringy black hair. It's a good show for everyone.

So why would a musician who largely invented a new branch of the rock family tree try to explain his singularity to interviewers? At the beginning of the movie, Zappa states, "In order to do press, there's no way that I can sit here and be a normal human, because being interviewed is one of the most abnormal things that you can do to somebody else. It's two steps removed from the Inquisition."

The possible answer to why he submitted might show up when Zappa speaks in the early 1980s about traveling abroad to realize his self-funded classical recordings with Kent Nagano conducting the London Symphony Orchestra. It required cash on the barrelhead for him to produce these noncommercial works, and he needed to do press as both the invested producer and the talent. If the outcome of Zappa's near-Inquisition experiences were fraught and often funny, so be it – more of a chance the recordings might be purchased by a wider audience made curious by this turbulent weirdo.

A highlight: Zappa's statements at the 1985 Parents Music Resource Center hearing in the U.S. Senate. The erudite man who mainstreamed a fusion of rock, R&B, 20th-century classical, jazz, advanced improvisational schemes and musique concrète-styled tape editing also wrote some of the era's rawest descriptions of the athletic exploits of the 1970s sexual revolution. These were florid operating manuals firing the imaginations of mostly young men not yet fully in the game. But obscenity was a construct of religious leaders, in Zappa's view. His appearance at the PMRC Senate hearing, humorously squaring off with our own Sen. Paula "The Battling Maitland Housewife" Hawkins (as well as with one Albert Gore Jr.) made for good product placement for all involved.

Without any added narration, director Schütte still manages to offer commentary on both the mainstream and the wide-open counterculture of three differently turbulent decades in Eat That Question. And look out for his editing in what seems to be Zappa's lone emotional glass-jaw moment, when the musician goes HAM on the false fans of his early, revelatory Mothers of Invention albums who didn't follow his later rock band-centric works. That one is catnip for the fans.