Located in Key West, Earnhardt and his wife Amy initially bought the home in 2008 for $2.4 million, and put it on the market last year with an asking price as high as $3.7 million.

The 3,306-square-foot home was built in 1863 and has been thoroughly remodeled and updated with extra pirate swag. The home features some serious nods to the area's rich pirate history, thanks to Dale's craftsmanship. After all, he and his wife did star in a four-part DIY Network series called Renovation Realities: Dale Jr. & Amy. Besides the mermaids, fishnets and sea creatures hung around the home, pirate motifs can be found just about everywhere, especially in the kitchen, which was designed by Dale himself to resemble a ship, complete with a large ship's wheel at the end of the bar.

The five-bedroom, five-bathroom home also has plenty of other little pirate perks like a little guest house, a secret hidden hatch door to observe people in the parlor, and a gate that opens from the second floor balcony that allows people to "walk the plank" into a pool that's 14 feet deep.

Bob Cardenas and Matt Carlson of Ocean Sotheby’s International Realty represented both the seller and the buyer. 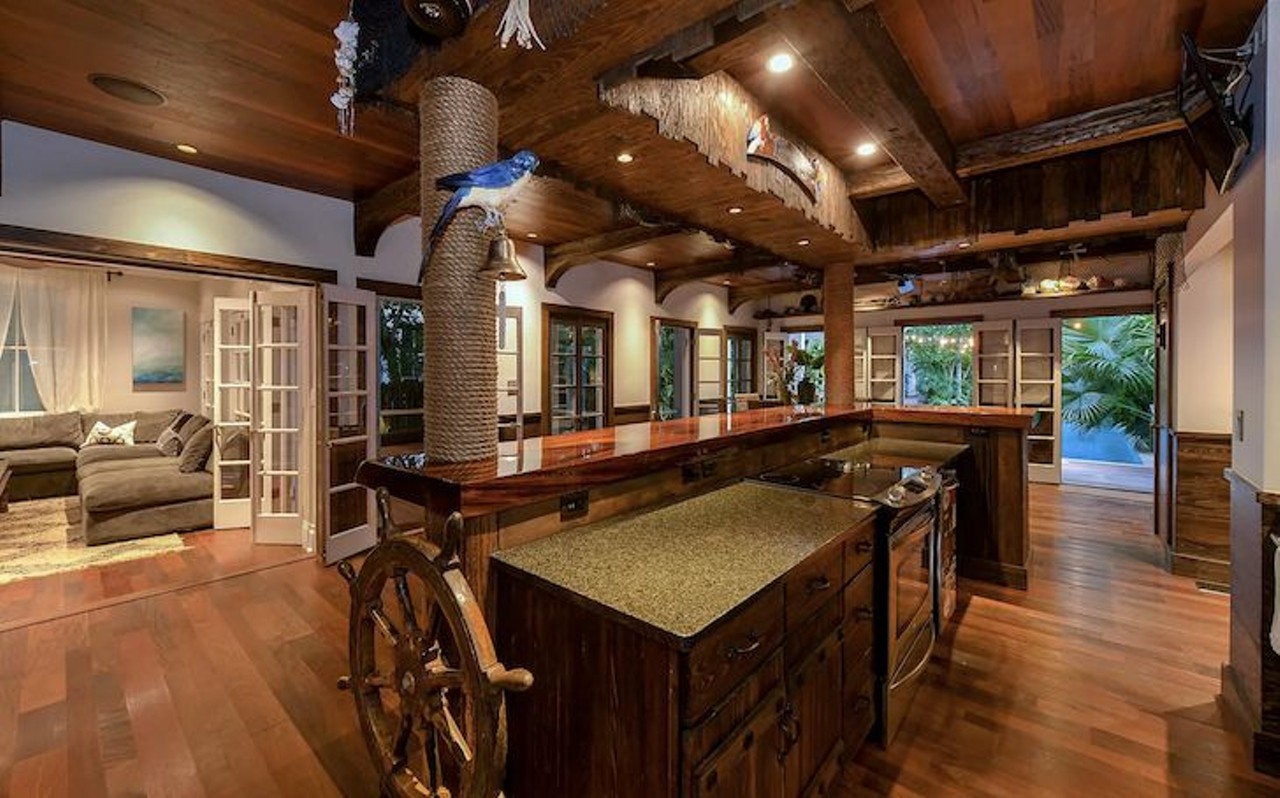 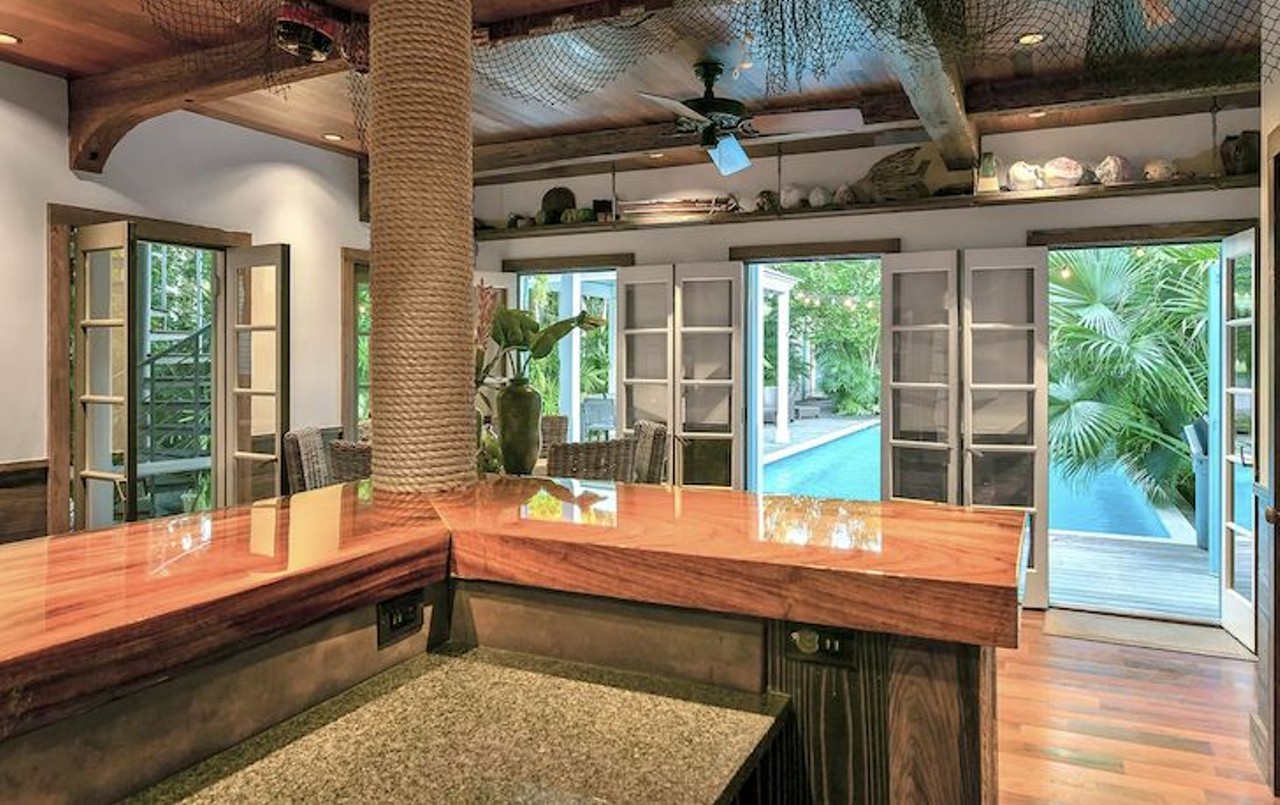 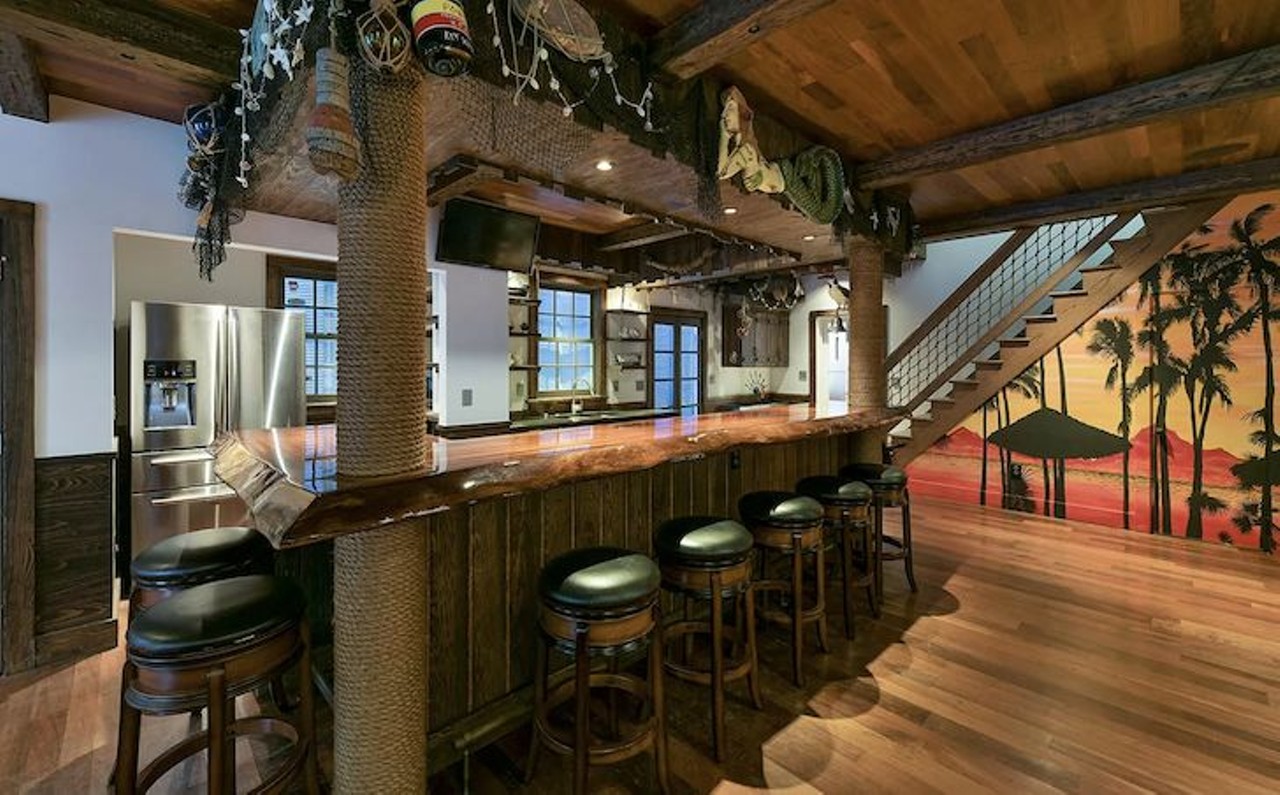