In the face of a landscape burgeoning with whitewashed rejuvenation, Christo's Cafe stands as a fixture in defiance. So while progress in the guise of urban renewal encroaches on College Park's historic streets, the recusant little diner flaunts its 'this is your grandfather's greasy spoon' charm and, in so doing, has achieved a venerated standing in the community -- a standing reinforced with every new brick laid along Edgewater Drive.

Not that the scruffy little sit-down is overrun by patrons long in the tooth, though members of that demographic, along with diners broad in the beam and raw in the bone, have all been known to indulge in Christo's hash-house classics. Most of my visits here have been to enjoy hearty breakfasts on their plastic tables outside and, personally, I know of no better place to have a pre-noon meal. That sentiment has less to do with the food than with the utterly calming environs, though a recent breakfast on a cool morn amid a light drizzle was made all the more memorable by the lamb and feta-filled Greek omelet ($7.25), a stack of silver dollar pancakes ($2.50), deep-fried French toast with bananas ($5.25) and bottomless cups of coffee.

On weekends, the place fills up with the hungry and hungover, many lingering under the weathered green awning, awaiting some blood-thickening goodness. Tables inside and out fill up quickly, and it's not unusual to see diners waiting it out in the parking lot. The summer heat, however, dictates grabbing a vinyl-topped table inside, or one of the six seats at the counter where you'll compete for elbow room with dessert cases.

Fancy they're not. Trimmings and decorations are kept simple, and a similar no-frills position is taken in the kitchen, from where equally simple treasures emerge. The hot open-face turkey sandwich ($8.70), for example, was adorned with a turbid slather of salted gravy and a side of thick mashed potatoes. A starter of blazing jalapeno poppers ($4.50) prepped my palate for the fowl-and-gravy onslaught. The breaded outer layer had the right amount of crisp and the cheese filling the right amount of ooze, but especially good was the kick of the homemade salsa dip.

A mug of chili ($3.50) was a boon for bean-lovers, and a bane for those who sleep next to them. A heaped ladling of thick five-bean sauce topped with a generous layer of grated cheddar was given a pungent intensity by a further topping of diced Spanish onions.

As if that didn't satisfy my craving for ground beef, my eyes were set on devouring the 'super big mouth' cheeseburger ($10), though my stomach knew full well that wasn't going to happen. Undaunted, I clasped the intimidating one-pound, kaiser-rolled monstrosity and managed about five feeble bites before succumbing to its immensity. Resisting the temptation to sample a burger purporting to be the 'best in town' has always been a challenging feat for me; in this particular case, the claim wasn't without merit.

Carrot cake ($2.95) and coconut cake ($2.75), both of which my effusive waitress said were freshly baked, validates the kitchen's sweeter side, the latter being a soft, moist and ideal accompaniment for a cuppa joe.

Greek-themed items like lamb and chicken gyros pay tribute to Christo's (the original owner, before he sold the joint to the current proprietors back in the early 1980s) Hellenic roots. The diner has since retained its throwback image and proudly adheres to a classical approach to diner fare. Epicurus would be proud. 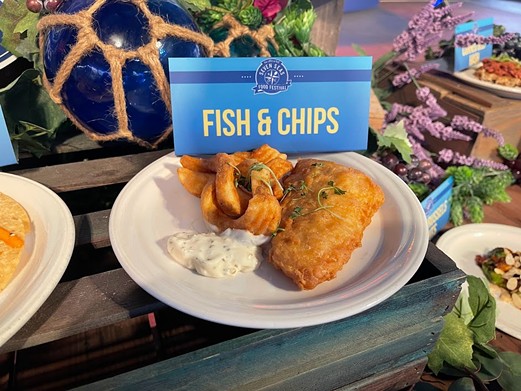