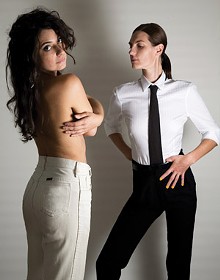 Experimental music's dirty little secret is that there's usually an underlying sense of consistency to the genre's byproducts, a logic that renders, say, Prurient, Jason Crumer or Yellow Tears palatable. Listen to enough Wolf Eyes — even the free-form live stuff — and the Michigan trio's malice begins to register.

From cover art to song titles to songcraft, Brooklyn's Black Dice don't disguise their mission: the wholesale destruction of music as something comprehensible. In its earliest incarnation, the group reveled in post-hardcore, performing shows as confrontational and dangerous as the extreme tunes they were peddling. Subsequent output — from 2002's Beaches & Canyons to 2007's Load Blown — has proved equally awkward to embrace, if for different reasons, as Bjorn Copeland, Eric Copeland and Aaron Warren began distorting instrumental and sampled sounds into disorientingly alien algorithms. The title of Broken Ear Record, Black Dice's 2005 LP, says it plainly.

On its face, Repo isn't a drastic departure from Black Dice's standard indigestible roughage; again, they sadistically distend, warp and loop disparate scraps of melody into nuclear-mutant IDM. The key difference, however, is that the trio seems more willing than ever to show its hand and give lip service to traditional notions of song structure, suggesting that Eric Copeland's surprisingly coherent solo records (2007's Hermaphrodite and 2008's Alien in a Garbage Dump) weren't red herrings. Something like "Ultra Vomit Craze" — with its trashy drums, sax toots and porn-grotto guitars — wouldn't have made sense on Creature Comforts, for example, even given the way-off-in-the-damned-distance yelling mixed in as a vocal track. Ditto for the vertigo-inducing slide-guitar collage "Vegetable," which, for all the seams- visible tinkering that went into its liquidy generation, registers as something relatively organic. "Earnings Plus Interest" blends cyborg beatboxing and spronged synths into sterile drum kit workouts, resulting in a rhythmic trampoline effect that's more intriguing than room-clearing. Even 20-second interlude "Whirligig" makes no effort to disguise its trippy patchwork of random (yet oddly congruous) samples. Could anti-music's bad boys finally be growing up?

I.U.D., the willfully contentious side project of Growing drummer Sadie Laska and Gang Gang Dance singer Lizzi Bougatsos, comes on even meaner, swinging wildly with spiked brass knuckles on debut The Proper Sex. This duo unleashes a maelstrom of fuck-men industrial-noise barbarism: Bougatsos' usually demure ululations are replaced by growled expressions of rage and treated as ad-libbed samples in the mix. Witness the me-Jane rack-tightening of "Monk Hammer," where swirling, spooky coos swell into a Category 5 hurricane, the rampantly monotonous siren-charge of "911," or how the component parts of "Mary Unmargaret" splinter and crack like a psyche coming unglued, time signatures be damned.

Sex is rough, unyielding stuff, like Rammstein without discipline or killer hooks; it's almost as if this is Bougatsos' and Laska's way of lashing out at the otherwise-comprised-of-dudes groups they usually tour and record with.

Over the past few years, Oakland's Anticon label has evolved from a backpacker-rap bastion into a genre free-for-all, to the extent that slotting its output in one style or another is next to impossible; see Why?, Passage, Sole and Tobacco, for instance. Producer-mixer Odd Nosdam, aka David Madson, is among this crew's best and brightest, his voluminous catalog of instrumentals climaxing with 2007's underappreciated Level Live Wires, a brilliantly immersive melange of caramelized samples and darkwave hip-hop murk. The T.I.M.E. soundtrack, which Madson created for the Element Skateboards video of the same name, finds him kicking his game up a few notches. It's a lot like listening to 30 minutes of sonic Slinky slinging, or Tortoise side project A Grape Dope: There are chill drumbeats cut with DJ scratches propelling lulling dub scales ("Zone Coaster"), Knight Rider—theme biting click-clack ("Trunk Bomb"), winding folk grandeur pitch-shifted into all-out bliss ("Root Bark") and more besides. T.I.M.E. is Zen in a way previous Odd Nosdam releases haven't been, while demonstrating an astounding compositional agility. This guy can do whatever he wants to do.

« Celebration is also a farewell   |   Angel Olsen keeps her torch lit, even after a marathon 2014 »