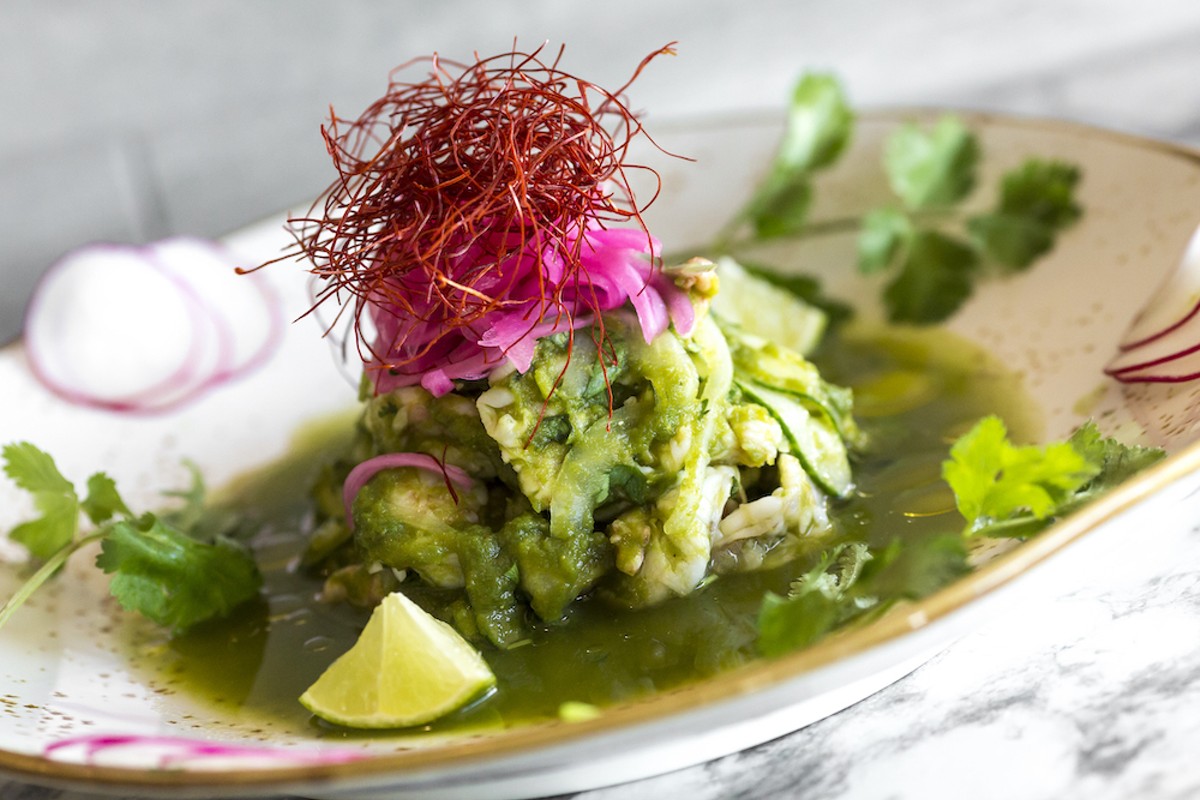 It wasn't that long ago when our cravings for south-of-the-nonexistent-border-wall cuisine were satisfied by the rash of pseudo-Mexican restaurants lining metro Orlando's calles and caminos. Now we seek out authenticity from roadside taquerias on the city's western fringes; we get on the 'gram after every meal at Black Rooster or Hunger Street; and we look to Reyes Mezcaleria for contempo spins on regional Mexican fare. But we still have a soft spot for enchiladarias and casas de fajitas – places that couldn't be further from Pujol-, Gitano- or Noma Mexico-level culinary esoterica. Places like Don Julio, where "festive ambience" is an understatement; where mariachi bands employ the dining room as a concert stage; and where sombreros are foisted onto the noggins of birthday celebrants in mid-serenade. There's a throwback feel to these places – vestiges of the AKA Pablo era of Mexican cuisine. Unfair? Maybe. But behind that slick, modern-day aesthetic, Don Julio's has always been a place to revel in vivid heaps of salsa-slathered food.

So bringing on chef Roberto Treviño (El Buda, Food Network) injected a bit of intrigue into this seemingly unambiguous restaurant. I mean the guy was a celebrated culinarian in Puerto Rico and battled the Croc'd One on Iron Chef before making the move to Orlando. When Treviño's Bumby Arcade resto El Buda shuttered last October, Don Julio owner Florencio Rodriguez lured Treviño into opening a ceviche bar inside his restaurant. Sí, ceviche – it's been a popular staple in coastal Mexico for centuries, Rodriguez's native Jalisco in particular. He takes great pride in his family's recipes, recipes that have been passed down through three generations. But where are the Jaliscan classics? The pozole? The birria? The tortas ahogadas?

Answer: Nowhere to be found, but we have Treviño's ceviches to give us a bright and biting taste of the Pacific state – tastes like the striking huachinango mango ($14.50). Forking into the colorful assemblage yielded cuts of lime-marinated red snapper, cubes of mango, red chilies and cilantro. A side of plantain chips are for those who like to scoop; a crest of pickled onions is for those who want a deeper pucker. Tajin-dusted jicama isn't exactly central to this gorgeous dish but acts more as a textural intermezzo between bites. There's a ceviche of corvina ($13.50) that's done in the style of the seaside hamlet Los Mochis – that is, with the essence of smoky chipotle. Compared to the red snapper with mango, it's a much simpler preparation with hefty chunks of fish, but no less alluring. It's served with packets of saltine crackers – a Mexican ceviche custom.

As for the rest of Don Julio's Mexican cuisine – the burritos, chimis, enchiladas, fajitas and whatnot – well, they do it right and nights here are typically packed with reveling patrons fueled with tortillas and margaritas. Personally, I'm a fan of their aguas frescas, the guava ($3) in particular. I'm also a fan of pairing it with nopales (cactus paddle) tacos ($11 for three) which are incredibly spicy – startlingly so. We had asked for a spicier salsa when complimentary tortilla chips were plopped before us after we were seated, but it never materialized. I imagine all the chilies went into the nopales.

The most substantial offering here, a parrillada (mixed grill) of rib-eye steak, chicken, tilapia, shrimp and scallops, is doused in Jalisco's most famous export – tequila – and set ablaze for full theatrical effect. It's a nice bit of showmanship, even if the boozy afterburn lends a harsh bitterness to the meats. It's nothing a few spoonfuls of tres leches cake ($5.99) can't remedy, or another glass of guava juice.

Treviño's culinary commitments in Puerto Rico, as well as with cookware companies and his appearances on the Food Network, preclude him from being at the restaurant every day. No question he's lent some undeniable cred to Don Julio's, but that doesn't mean he can't trim a whole lot of fat from an especially paunchy menu. Add a few proper Jaliscan specialties and the Don might, just might, border on greatness.