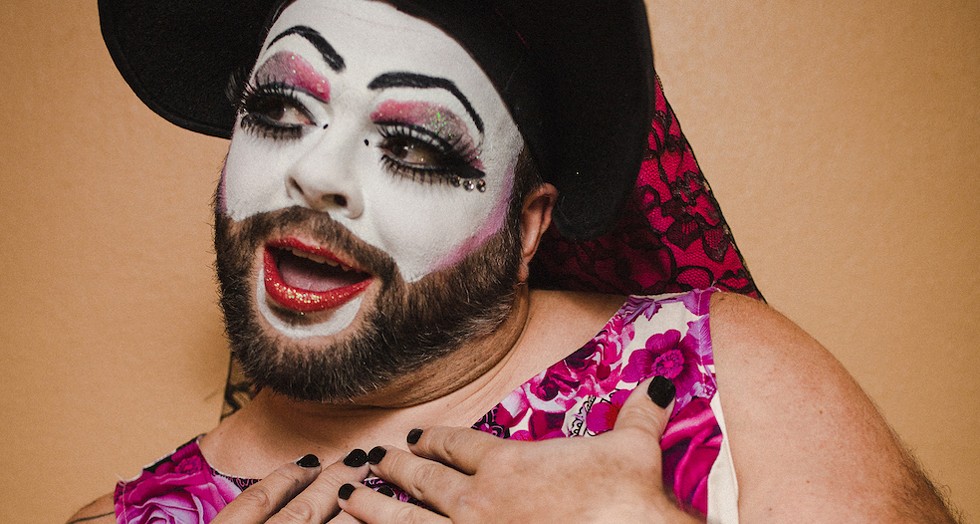 THE SISTERS OF PERPETUAL INDULGENCE

During the hate-filled demonstrations by the Westboro Baptist Church at the funerals of Pulse victims in 2016, there were several faces that stood out from the hundreds who came to shield families from additional pain. They were the faces of men, painted stark white with sparkling glitter beards and rainbow eye shadow, clad in the wimples and habits of traditional nuns (but with fishnet tights).

The small group was part of the Orlando Sisters of Perpetual Indulgence, a chapter of local drag nuns who are part of the larger organization started in San Francisco in 1973. Though mostly made up of gay men, any person, regardless of sexual orientation or gender, is welcome to join the years-long process of taking lifelong vows to become part of the order. The original sisters used their painted faces to promote safer sex in a time when AIDS ravaged the gay community and created "Play Fair," the first safer sex pamphlet written in plain language with humor. Today, the Orlando sisters still honor that work by passing out small plastic bags with a condom, a packet of lube, a mint and a safe sex pamphlet. Sister Secret Synnda Sauce, president of the Orlando order, says aside from raising thousands of dollars for charitable causes, much of their job is informing people on the street about safer-sex practices and letting men, women and other gender-nonconforming people know about PrEP and PEP, medication protocols to be taken before and after possible exposure to HIV. (The Orlando metro area ranks sixth among U.S. cities for the highest rate of new HIV diagnoses in 2015.) Sister Secret says it's hard to get the word out about these helpful drugs when some doctors and pharmacists don't even know about them. Part of the job is also breaking down stigmas surrounding HIV-positive people, which still persist even though the federal Centers for Disease Control and Prevention recently agreed that an HIV-positive person taking medication with an undetectable viral load can't transmit the virus.

Whether it's sex education or raising visibility about homeless youth, the sisters use their costumes to attract attention and hopefully a listening ear.

"Part of the mission of the sisters is to go out and fight for queer rights and visibility and to bring joy and fun," Sister Secret says. "We go out and tell people that they're loved, that they're worthwhile and that they're a valued part of our society. We give people hugs and tell them we want them here."