Sometimes bad things happen to good restaurateurs. Take Mark Dollard for example: The well-traveled chef responsible for bringing us Absinthe Bistro was booted from his space inside the gorgeous Bumby Arcade thanks to Lou Pearlman's kiddy-fiddling, grown-up-swindling ways, only to return at the behest of slimeball developer Cameron Kuhn ' who stipulated the new restaurant serve pizza instead of fancy French fare. So after taking a pecuniary hit for Absinthe, Dollard licked his financial wounds and, ultimately, swallowed his culinary pride and constructed an open kitchen complete with two different ovens: a brick pizza oven for deep-dish, and a wood-fired oven for hand-tossed pizza (thus the name 'Brick & Fireâ?�).

But Dollard managed to sneak a few gourmet items and pasta dishes onto the menu, a welcome sight given dining on pizza in the scarlet-lit cellar room seems a bit like watching a T-ball game in Yankee Stadium. Unfortunately, a leaky ceiling precluded any underground dining on this visit, but that didn't stop me from enjoying the baked ziti ($12.25), advertised by my well-meaning waiter as 'mac and cheese for adults.â?� Tubular bridegrooms baked with cream, blanketed with strips of brie and crisped with seasoned bread crumbs made for a stellar start, but I curbed my enthusiasm as there were more dishes on the way. Good ol'-fashioned London broil ($18.75) seemed an unusual, albeit impeccably executed, starter. The wonderfully tender strips of flank steak were served medium-rare, and sliced across the grain; wood-oven roasted potatoes and vegetables accompanied the dish.

And then came the pizza. There are scores of specialty/gourmet/artisan pies offered (not to mention the option to create your own), but being a sucker for a robust curd, I couldn't resist the goat cheese pizza ($16.75), a 10-inch, hand-tossed pie with a respectable crust and a liberal crumbling of chèvre. The cheese's tart flavor was balanced by the inclusion of sun-dried tomatoes, sautéed spinach, basil and toasted pine nuts. An added bonus: The pizza held up under the weight of all the toppings.

When the enormous pulled-chicken calzone ($9.75) finally arrived, its lustrous sheen nearly offset the waiter's absentmindedness (he forgot to put in the order), though I couldn't help but wonder why so many waiters forgo pen and paper. Dollard, nonetheless, forgoes the traditional half-moon shape for a circular one, fills it with roasted chicken, julienned portabella mushrooms and gouda, then tops it with plenty of tomato sauce for a little supplementary indulgence.

The Dessert Lady's decadent cakes beckoned next door, but my crusty disposition wouldn't waver when it came time for a sugary finale, and the flaky shell of the hot apple pie ($5.25) didn't disappoint. Baked and served in a cast-iron skillet, the deep-dish dessert was crowned with a dollop of vanilla-bean ice cream and a caramel drizzle, and was plenty big enough to share. My only complaint was that it was served tongue-scaldingly hot, and after waiting 10 minutes for it to arrive, I just wanted to dig in.

Still, you've got to hand it to Dollard for suffering through all the setbacks and shenanigans that have plagued the Church Street entertainment complex in recent years. The pace could be quickened and service could use some polishing, but Dollard's display of resolve and perseverance in the kitchen only underscores his never-say-die attitude. With that sort of determination, good things will (eventually) come to those who wait. `EDITOR'S NOTE: Since this review, Brick & Fire has moved to South Orange Avenue.`

See all past events at Brick & Fire Pizza and Wine Co.

Walt Disney World is expensive. There's no use denying it at this point. The ticket prices have climbed to the point that… 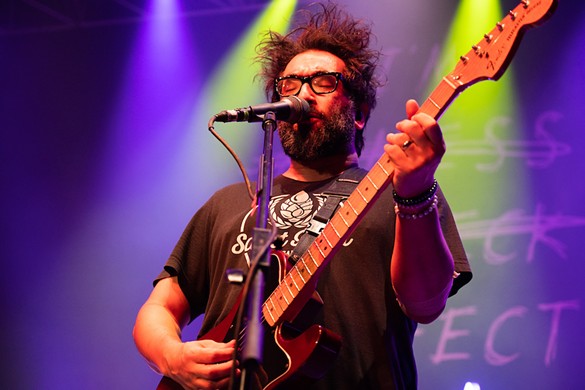 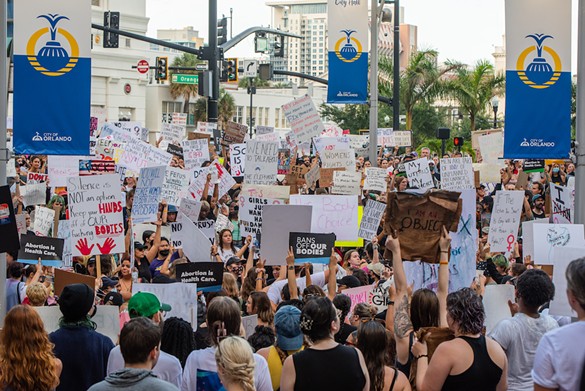