‘Boys State,’ screening in this year’s Florida Film Festival, is one of 2020’s best documentaries 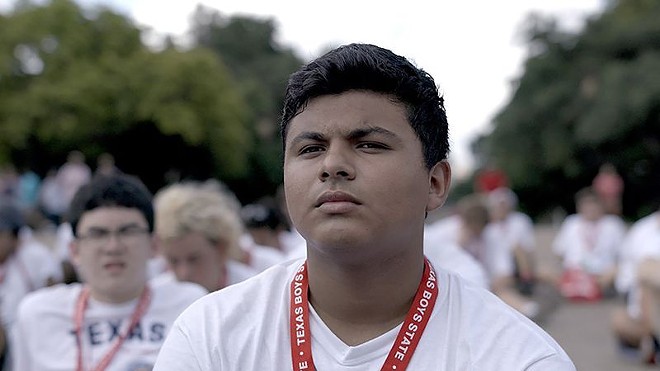 If you cringed at the “one time at band camp” stories from American Pie, just wait until you see what happens at government camp.

Texas Boys State is an educational camp for exceptional high school students who crave an immersive introduction to state government. Managed by the American Legion and lasting one week, the program gives participants a chance to network with fellow students, forge a party platform, debate policy, pass “bills,” elect officials and ultimately vote for a “governor.” In previous years, it and similar programs in other states have attracted the likes of Bill Clinton, Samuel Alito, Cory Booker, Rush Limbaugh and Dick Cheney.

It all sounds rather lofty – and it can be – but boys will be boys. And once their testosterone is mixed with a heavy dose of competitiveness and two-party politics (Nationalists vs. Federalists), the proceedings often mimic the bickering and pettiness of real government.

In Boys State, directors Amanda McBaine and Jesse Moss capture much of the 2018 camp, crafting not just one of the best recent documentaries but one of this year’s most revelatory and relevant films of any genre. It premiered at Sundance and will stream on the Florida Film Festival’s virtual platform on Aug. 13, one day before its Apple TV+ release.

The film focuses primarily on five individuals: two Nationalist candidates for governor, one Federalist candidate, and two trying to hold the proceedings together as chairmen of their respective parties. Never mind that no one understands what each party stands for. (The Nationalists seem to correspond more to Democrats and Federalists to Republicans, but the lines are blurred, and that’s mostly by design.) The boys are loyal to their parties not so much out of principle but, well, just because.

That doesn’t mean ideals are absent. Indeed, the most emotional moments of the doc are when friendships are forged, cultural and ethnic differences are put aside, and the boys learn something about themselves. Case in point: One gubernatorial candidate underestimates the integrity of both his opponent and his fellow students, and, in doing so, runs a jokey, charisma-driven campaign. But after he loses, he understands that the camp has a higher purpose. “On the inside, they wanted to be serious,” he confesses.

Nevertheless, Boys State, through fly-on-the-wall moments and intimate interviews (some of which are, admittedly, a bit stagey), also highlights the worst instincts of our future politicians. It’s Mr. Smith Goes to Washington meets Lord of the Flies.

“A message of unity, as good as it sounds and as good at it ultimately is for our country, is not winning anyone any elections,” one teenager tells us. “You have to use personal attacks, and you have to find divisive issues in order to differentiate yourself at all.”

Ladies and gentleman, as the Who said, meet the new boss: same as the old boss. As for me, I’m both excited and terrified for our future. Hmm, I wonder if they’re having better luck over at Girls State.