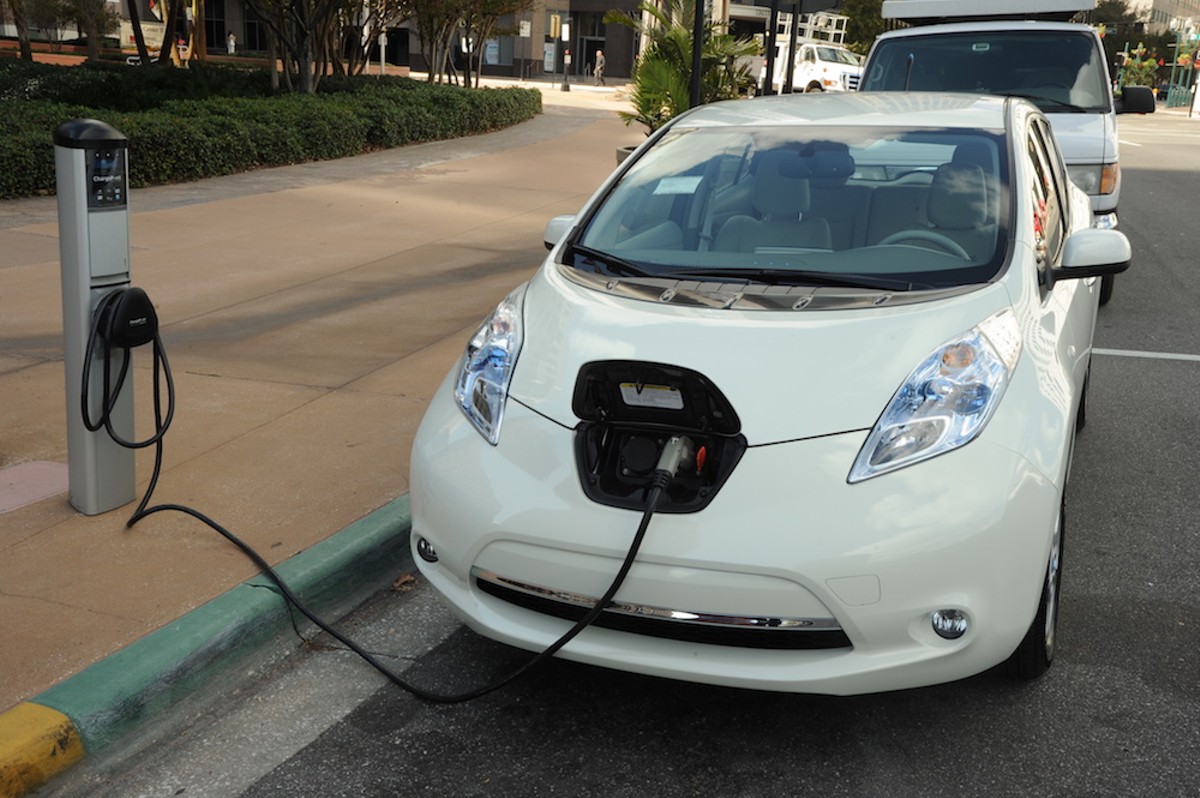 Photo Courtesy of City of Orlando

Bloomberg's $2.5 million climate grant to Orlando comes with a catch – there's no cash

Earlier this month, billionaire philanthropist and former New York City Mayor Michael Bloomberg announced that the city of Orlando is set to receive a $2.5 million grant, part of a two-year program designed to help the city achieve its carbon reduction goals.

The program, known as the American Cities Climate Challenge, follows the sustainability pledge laid out for cities and states in the 2015 Paris Climate Accord, a landmark international agreement that aims to strengthen global response to climate change through efforts to keep temperature rise in this century below 2 degrees Celsius above pre-industrial levels, among other requirements. Although the historic Climate Accord officially took effect in November 2016, following up on one of his key campaign promises, President Donald Trump opted to leave the agreement in June 2017.

Yet, if you happen to notice the Climate Accord's fine print, you'll see that the earliest effective date of U.S. withdrawal is November 2020 – less than two years away.

That's where Bloomberg's grant program comes in as a response to the Trump administration's hasty exit strategy, as well as the numerous other cities nationwide that have voiced their intentions to continue working to meet the Climate Accord's goals.

Bloomberg's Climate Challenge will provide $70 million in assistance to 25 U.S. cities, including Orlando and St. Petersburg, the only other Florida city selected. The nation's 100 most populous municipalities were eligible to apply (51 did). According to Bloomberg Philanthropies' website, the grant focuses on major metros because they produce 70 percent of the world's carbon emissions.

But there's a catch: It's technically a cashless prize.

It's not like most grants, says a spokesperson for Bloomberg Philanthropies, in that they're not writing a blank check for Orlando officials to divvy up as they please. The Bloomberg spokesperson notes that their organization designed the program to support the actual strategies cities will need to implement their most ambitious sustainability and clean energy goals.

So what does the City Beautiful stand to gain?

According to information provided by Chris Castro, the city's director of sustainability, Orlando plans to use the program resources to add 15 to 20 megawatts of solar power. This will help meet the goal Mayor Buddy Dyer announced in late 2017 of complete renewable energy by 2030.

The grant will also enable city officials to create a local energy resource center; to eventually organize and host a community summit on global warming; to create new demonstration projects encouraging the "decarbonization" of existing buildings, while incentivizing future sustainable building development under a green building initiative; and to pilot a new "building energy efficiency" program with the Orlando Utilities Commission to help commercial and multifamily buildings.

In other words, it's a nudge in the right direction for future contractors to build with a heavier focus on sustainability and conserving energy.

It'll provide additional staff capacity, too, in the form of what Bloomberg Philanthropies calls a climate adviser, whose salary will be paid by the National Resources Defense Council, a Bloomberg partner.

However, that still doesn't answer how they came up with the $2.5 million figure.

"Each of these strategies has a level of technical assistance that Bloomberg Philanthropies, NRDC and the ecosystem of partners they have selected will be providing to the city in order to achieve these goals," Castro says. "As a result, each strategy will have a dollar value associated with that technical assistance, which Bloomberg Philanthropies is valuing at $2.5 million over two years."

Castro adds: "In addition, through the grant, local organizations will receive direct funding to support in advancing these strategies."

He says that amount has yet to be determined.

"There is no question that cities around the United States are facing tangible and immediate effects from climate change and our city is no exception," Castro says. "New resources and support from organizations like Bloomberg Philanthropies will allow the city of Orlando to advance our sustainability goals and create real solutions."

Having goals is great. But having the technical assistance to achieve those goals is even better.