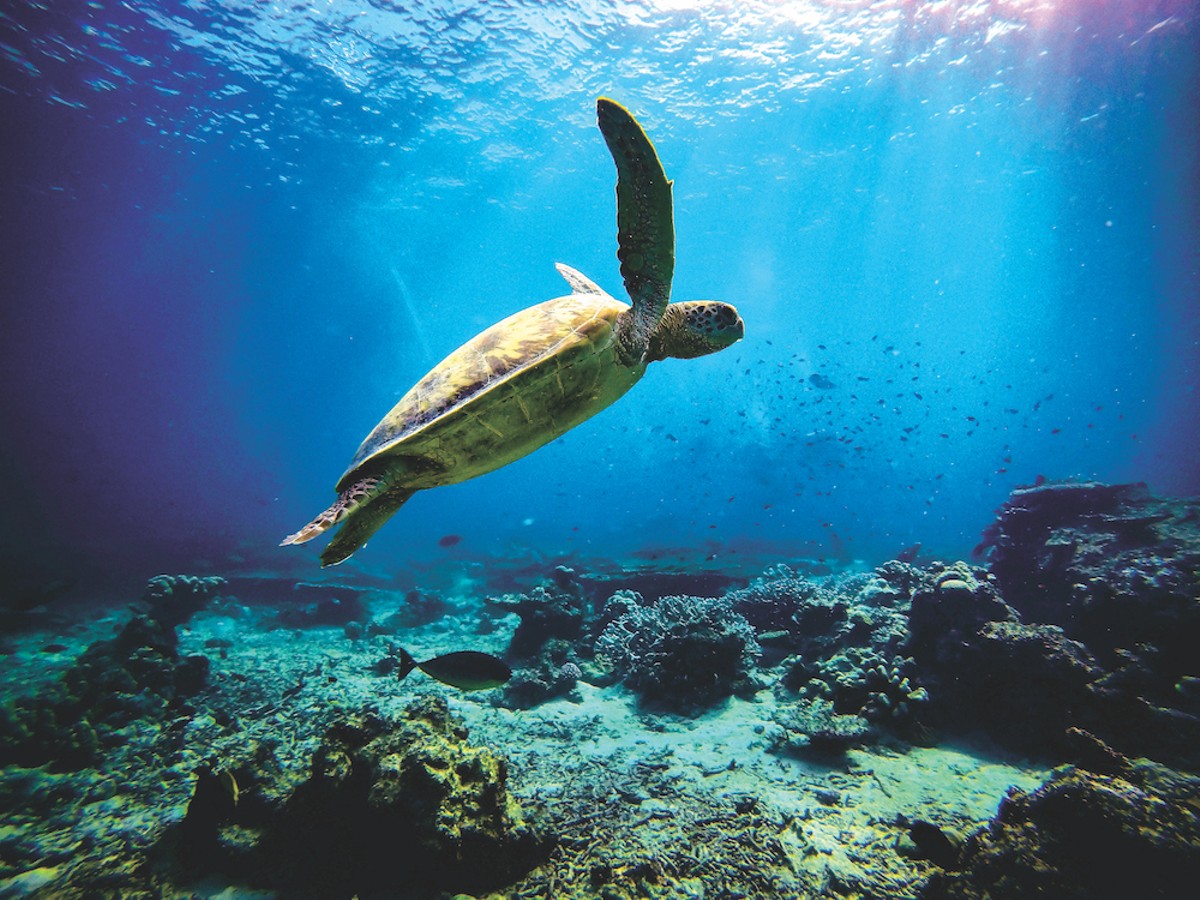 In 1978, when the federal government listed green sea turtle breeding colonies in Florida as endangered, the widely adored species seemed to be on the ropes in this part of the world. Hope for thriving future populations was limited at best.

Years of human-caused degradation to the species' nesting and feeding habits had taken its toll. In 1993, more than a decade after some regionally specific green sea turtle populations were included on the endangered species list, female sea turtles in Florida laid a meager 435 nests, according to the U.S. Fish and Wildlife Service.

The low nesting rates were consistent with what researchers at the Archie Carr National Wildlife Refuge in Brevard County – established in 1991 as a protected area for loggerhead and green sea turtles – were seeing, too. Similarly, environmental scientists were finding 10, maybe 20 at most, green sea turtle nests each year.

Then, surprisingly, that changed for the better. The population began to boom.

"Two years ago, we had almost 16,000 nests in the same area," says Gustavo Stahelin, a doctoral candidate at the University of Central Florida's Marine Turtle Research Group.

Stahelin, a native of Southern Brazil who's studied sea turtles since 2004, says researchers are certain of this because they've monitored the same site for 20 years.

"So this number is increasing kind of exponentially. And this is not only happening in Melbourne Beach, not only in the Archie Carr National Wildlife Refuge," Stahelin says. "This is kind of happening throughout Florida. So this is great. Great news for them."

So great, in fact, that the species' sudden population explosion was among the reasons why it was federally down-listed from endangered to threatened in 2016.

But with the population surge in recent years comes new questions for Stahelin and other researchers. While much work has been done in the past to study the species' nesting beaches, what remains murky is the aggregation of the population's genetics.

That's why Stahelin and the Marine Turtle Research Group have teamed up with UCF biologist and genetic researcher Eric Hoffman on a project that seeks to better understand green sea turtles' genetic data through the use of new genomic-scale techniques.

Stahelin and Hoffman compare the technology to genetic testing and analysis like 23andMe, which essentially maps out where a person's ancestry is derived.

Their research would do the same for Florida's green sea turtle population, they say.

"Basically the turtles nest in different locations across the globe," Hoffman says. "And because this is where they mate and where they lay their eggs, there's a unique genetic ID that sort of forms for each of these populations."

It's a recognizable form of DNA that describes each population's origins, in other words.

"I'm using a recently developed molecular analysis next-generation sequencing," Stahelin explains. "This is the broad type of analysis, in which instead of looking at one genetic marker and one piece of DNA" – as sea turtle researchers were only previously capable of – "I'm generating 10,000, 20,000, 30,000 pieces, and then I'm comparing those."

By doing so, the researchers hope to create more detailed maps of the species' population. If the DNA is relatively similar within the population at the Archie Carr National Wildlife Refuge, that means in part that previous conservation efforts were successful and allowed the population to boom from within over the last couple of decades.

But if they find a "huge difference in genetic diversity, it could mean that it's not exactly those animals from the [1990s] that reproduced really well and their offspring reached maturity and now it's coming back," Stahelin says. "It might be animals elsewhere who are like, 'Hey, look at this prime spot that no one's using, no other green turtles.'"

He's also careful to say that his work is not an attempt to prove that the recovery isn't real. "It's just a way to confirm, to double check," Stahelin says. "It's a way to use research and to use the best genetic information that we can get today."

Ultimately, he says, the research could be used to improve sea turtle conservation efforts.

"The idea is, with better information and better data, by being better informed of the size of the population, how many populations we have, where they're going, where they're coming from, and so on, we can have more directed and effective conservation plans for [the species]," Stahelin says.

He adds: "The idea is not only to protect green turtles in Florida. It's to protect them as a species worldwide."

« DeSantis signs legislation banning nonexistent sanctuary cities, lawmakers call for Pulse to be designated a national memorial, and other news you may have missed last week   |   Everyone we saw at the Trump 2020 rally in Orlando »