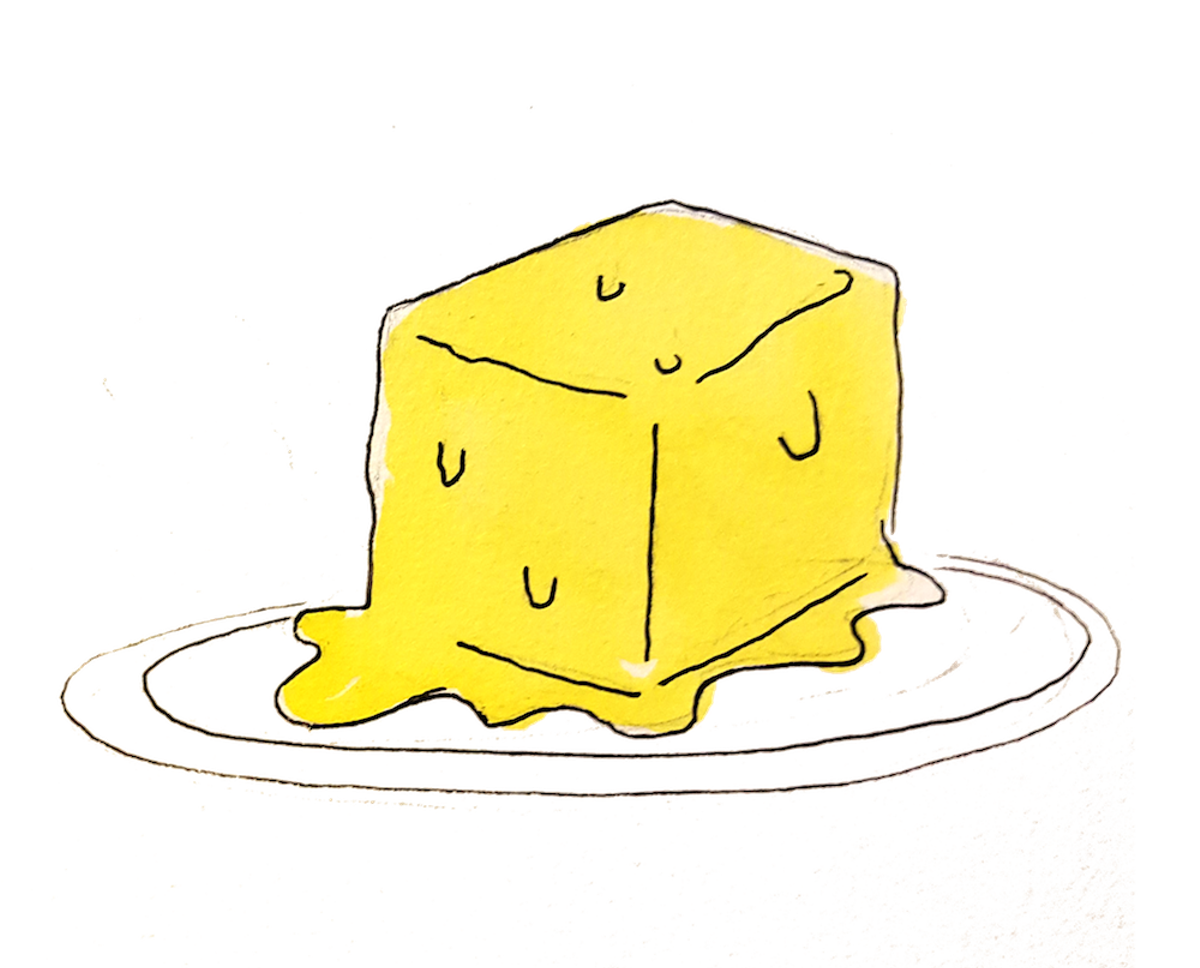 When someone invites you to a free multi-course meal, a flurry of thoughts pop into your head – like "What weirdo will I have to sit next to?" or "Is this really a meal, or a sequence of tasters that I'll have to chase with Taco Bell?" and "Is it worth putting on pants for?"

I've attended plenty of dinner parties and culinary circle jerks in my past, where afterward I stumble out to my car like a greasy-faced Violet Beauregarde, questioning my high blood pressure-inducing life choices. This dinner was different, though; it was gonna be made with pot, it was actually a lunch, and it was super-down-low secret, y'all.

I saddled up in a popular dining establishment that had closed for the day for this speakeasy-style, pot-fueled pop-up, greeted by a crowd of giggling strangers and one dude who was already blissed out in the corner. My fellow diners were uber-trendy and affiliated with the restaurant that was hosting the meal, and our chef was visible via the open-concept kitchen, hard at work preparing our meal.

"Grab some nuts, they're covered in weed," slurred the smokin'-hot diner to my right. He was a trainer and also my future ex-boyfriend. Arrayed on the table before us were some bowls of assorted weedy nuts, a plate of weed bread with weed-infused oil to brush on it, and an Old-Fashioned cocktail with a weed tincture in it.

Edibles can affect you in delayed waves, so you should always go slow. But that's something you forget when you're hungry and faced with multiple courses of yummy comfort food and a room full of strangers you don't really want to talk to. That trainer guy was so hot, I didn't want him to think I was a pig (or even that I ate food) but, as the dishes kept coming and my face became progressively more numb, I just kept eating. And eating. But so did he, because he's a gentleman and didn't want me to feel like a disgusting fat human. And the food was amazing. And we were super stoned.

The dishes were expertly prepared and featured fancy marijuana strains that sounded like My Little Pony characters. Our unnamed and anonymous chef gave us a little show-and-tell with the actual buds that she used in her recipes.

• Gorilla Glue, or GG4, is a potent hybrid strain that is a bit euphoric and super-relaxing. It leaves you feeling "glued" to the couch, hence the name. It was chunky and had resin-covered buds that smelled like a hippie I dated once who never wore underwear.

• Blue Dream was the No. 1 seller in Colorado and Washington state in 2015, probably because of its invigorating, energizing "brain high."

• Holy Grail Kush is super-strong, with a THC level of over 20 percent, but still really mellow. It smelled like citrus and made me want to make out with the trainer in an orange grove.

• Alpine Star is a sativa-dominant hybrid out of California that was a total body stone but not a sedative. It's used to treat patients suffering from chronic pain, depression or nausea.

The aforementioned nuts (not the trainer's) were made with Blue Dream and coconut oil. The bread was accompanied by a butter made with Blue Dream, followed by a lemony Caesar salad made with Alpine Star. The main course included a family-sized dish of decadent macaroni and cheese accompanied with the biggest chunks of pork belly I'd ever seen and a side of Brussels sprouts. (The mac and cheese might have been made with GG4? Not sure, y'all – did I mention I was super high?) And for dessert we had a brown butter cake with a Holy Grail dulce de leche.

We all lingered as the weed seeped into our crevices, like lunch was a giant Mary Jane tea bag and we the jar full of water in the sun on your porch. We were baked. And completely full of delicious, finger-licking weed food. I pretended to drive my car home but parked it around the corner and flopped myself into a Lyft like a beached dolphin, "ee-ee-ing" at the driver to get me home fast – all the while wondering if I should have snagged that leftover macaroni and cheese when the hot trainer wasn't looking.

Editor's note: This party was part of a series of secret pop-up private meals by a local chef that are hosted in homes, offices and restaurants, featuring different menus every time but always with that key ingredient: cannabis.